Although it might seem not that much of a big deal, but SDS has produced what I think, is the first serious model of an AN Tank wagon, in ready to run.

These come in a three pack, two tankers with the round domes, partial yellow stripe, and one in full "patch" with oblong domes.
Here is the link:

The model in question is the ATBL, looks are quite non de-script, but this is the beauty of this model, its meant to look like this.  In particular the attention paid to the patch markings on the tank itself, as per prototype.  These particular models are of BP tankers, and were used on the standard and broad gauge system.  I think one example on BG would be the Gladstone oil train.
However on standard gauge there are plenty of locations to use this model, however for me, they were also used to transport fuel to Alice Springs.  BP had a rail served depot, on the industrial branch, at Whittaker Street, one of the few sidings which was laid facing west.  Thus this model is perfect for Alice Springs, in era and appearance.
The ATBLs that SDS have chosen were ex NSW tank wagons, that were used by BP.
Again SDS have stepped up and added the necessary details to make the model era and prototype specific, this includes


the model itself is loaded with detail, including:


Another interesting feature is the end grab iron stake post (NSW requirement) is made of springy plastic, so if the wagon gets knocked , the detail won't break off, nice...

The down side...
The models seem a tad light, for my liking, However, I have given them a run un modified and don't seem to have any problems.
With such a delicate frame as per prototype, some of bits seem a little wavy, however you have to look for it to notice it, and does not effect performance, I am not going to worry about it, and in truth, these wagons would have battle scars by this time.
Some of the details grate details are askew, again for me no issue, just twist to fix.
the brake shoes are a nice touch, but sometime drag on the wheels, due to their close positioning.

the verdict:
As a AN modeller these ATBLs make a great addition to any layout and in their current form are perfect for Alice Springs and Barcoola out of the box.
Given the demands of the VR/Vline and SRA of NSW modeller, the ATBL has lots of extra detail.
This model is a great basis for a number of AN prototype models, and due to the generic nature of the tanks, they can be modified into other company tankers with very little effort.
Would I buy more? The answer is yes, I would look at recoding into ATBYs, you could also mod these into an Ampol version, ATJY, or a Mobil ATMF, with very little effort. 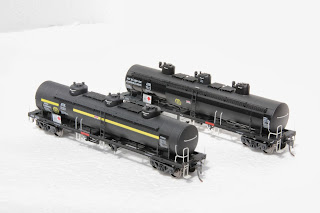 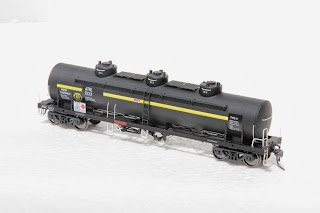 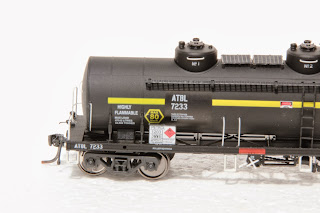 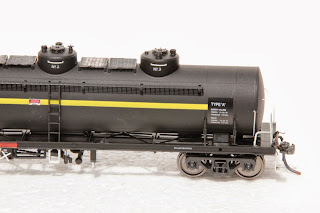 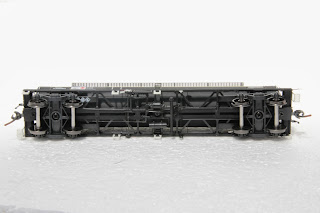 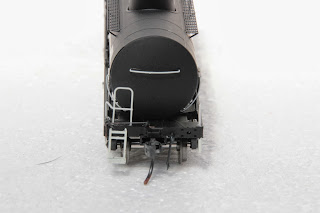 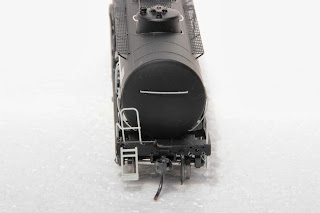 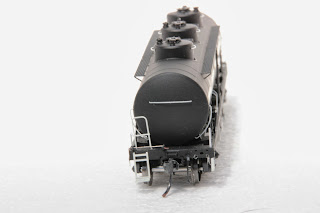 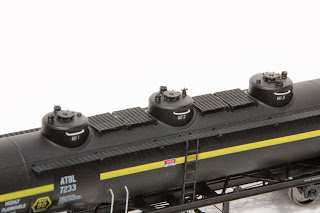 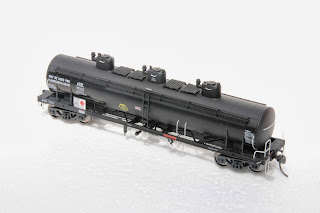 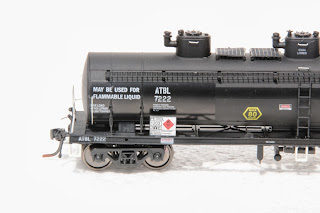 Interesting detail on this side of the wagon only, is the <110> symbol, which makes this an ATBY! 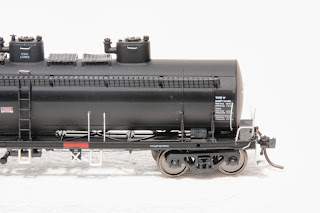 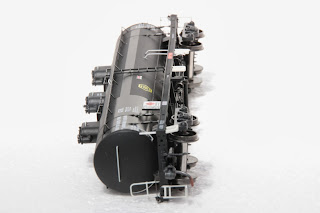 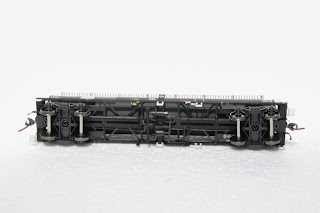 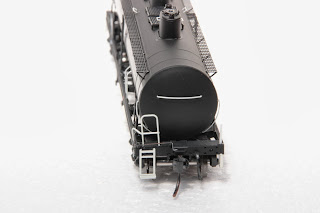 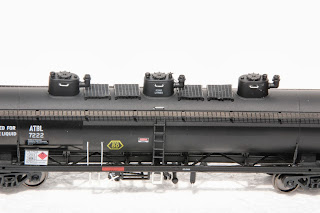 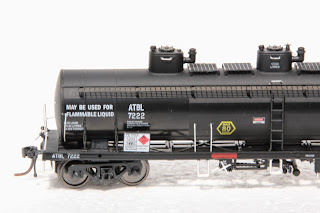 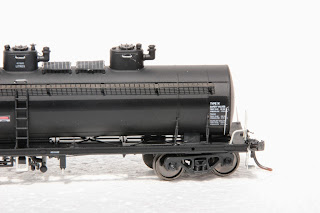