The Bachmann Spectrum CM39-8 how bad can it be?

In the process of doing some paint stripping, I decided to add as many locomotives to the bath as I could.  I purchased one of Spectrum's CM39-8, this is part of the Bachmann "outback hauler" train set.  I had this for a while and thought that I would disassemble the model for repainting.  Only when I compared it against my CM39-8 did I start to see that things were NQR with this model.

Let me just say considering, there is an article in AMRM with a scale plan and an article on how to build one, the result of the Spectrum CM39-8 is to say the very least poor representation.

If you think I am being too harsh, let me show you. 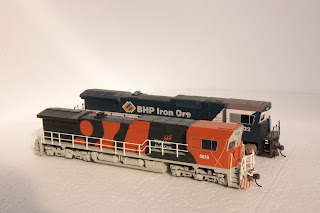 A first glance looks like a reasonable representation, my kit bashed CM39-8 is in the background. 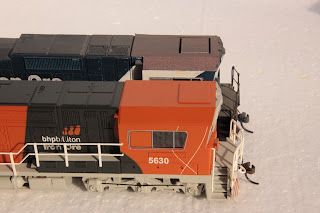 Then I looked at the cab, its way too long, and the side window end up in the wrong place! 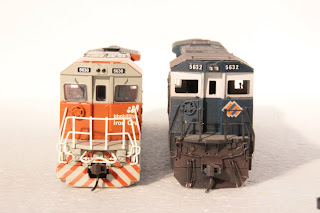 It got worse, at the ends I noticed that the whole locomotive is way too low. 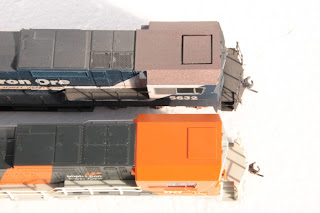 Apart from the roof being the wrong colour, the extra long cab an be seen in this shot. 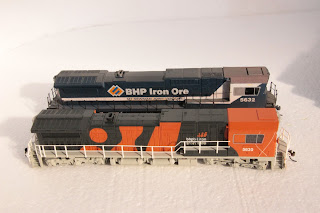 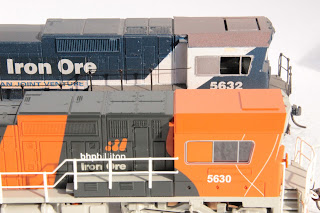 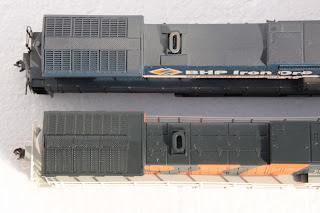 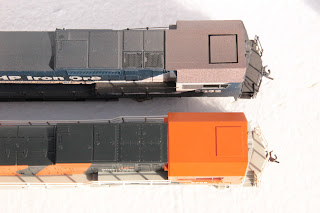 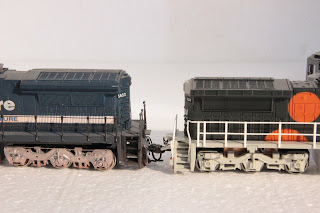 Note the height difference, I just don't know why. 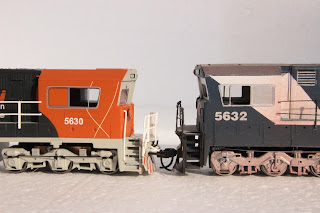 Here are the cabs compared. 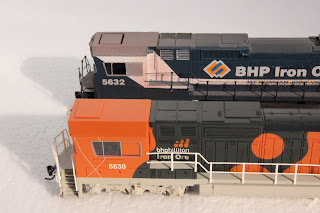 More panel mistakes on this side too! 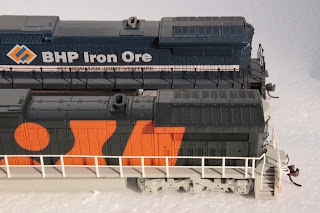 Panel mistakes on the radiator cab! 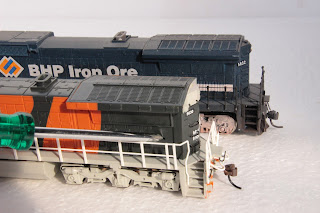 There is a location for a handbrake wheel, starting to look suspiciously like a CW40-8 re tool. 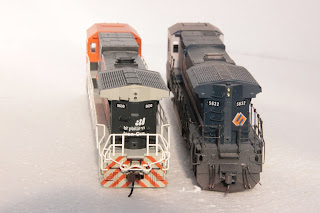 The B end has the sanding indent that does not exist on the prototype. 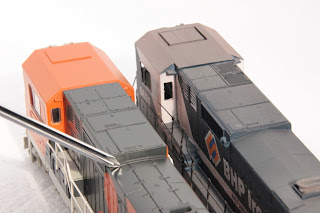 Here is the reason for all that height problems, the engine and radiator cab sections are too low, CW40-8 re-tool? 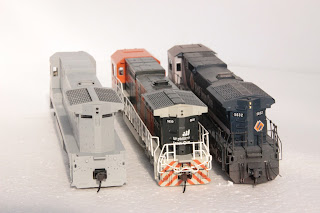 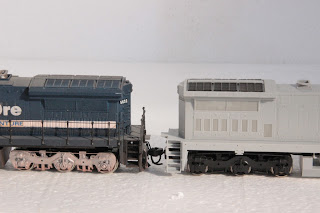 My CM39-8 against the Atlas model. 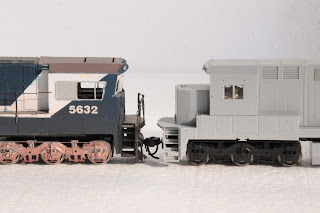 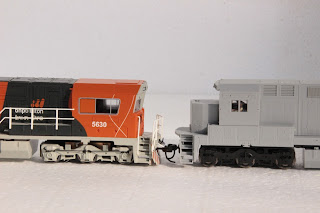 The Spectrum model nose against the Atlas C40-8 nose, not the footplate heights. 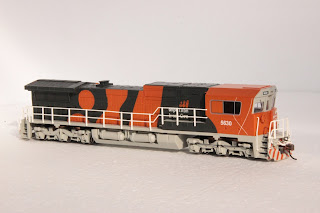 So by its-self the Spectrum model looks OK. 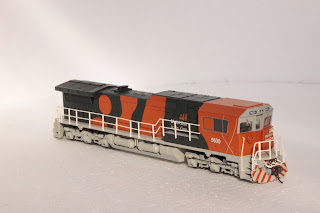 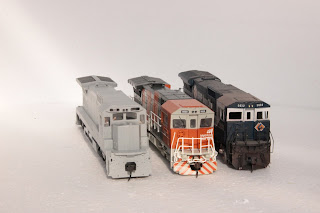 Sitting next to anything close, it looks bad! 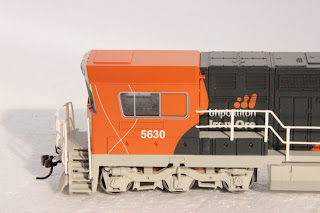 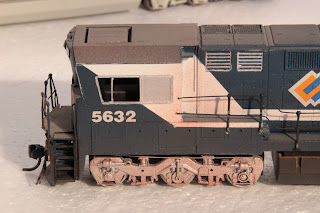 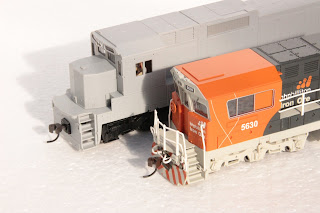 I don't know where they were going with the steps, the angles are all wrong, possibly from a Dash-9? 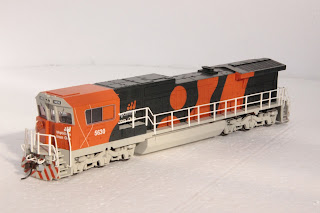 Given that this is aimed at the toy market, I can't be too harsh, but considering the data that is available on the prototype, and all you needed to do, is read an article, and it could have been a much better model.

So I am happy, I have a few of the Atlas C40-8s spare to covert in to CM39-8s and CM40-8s, because to get this model up to scratch looks like too much work, against just scratch building a proper cab.

I could also throw in \, that the colour is all wrong, but you already know that!

On the plus side, it is the cheepest model of an Australian outline locomotive available today, that looks even close to what it should look like.  If it inspires one person to model Australian models then it has done its job.

Sorry for the bad news, if you purchased one!