We were lucky enough to be invited to the 50th Anniversary Whyalla Model Railway Society exhibition on the 27th to 28th of October 2018.

Its been a while since we have gone to a regional exhibition, I had almost forgotten just how much of a blast these can be.

Jim and Geoff did a spectacular job, I just wished we had allocated more time to take full advantage of the events on offer, not just the exhibition.

For Murray River Bridge this was a good test of the planning skills.
We had only three operators and the layout, lights, rolling stock, tools, luggage and people all had to be loaded into a 7 and a half by 4ft 4" trailer and a 4X4.

I had left a full day to load the truck and the trailer, however I had to inspect a house for Helen's Mum which was a fair distance from my place.
long story short we got it all packed up by 21:00 that night.

Jim had organised the accommodation, and he had done everything nothing to sign, they were waiting for us.

The next morning we checked out the yard, a GM and 22 were shunting around, and their ballast train was being loaded.

Jim had stated that we should meet at HMAS Whyalla at 10:00 have a bit of a chat etc, so I thought it was run over the details of the exhibition etc.
However it turned out to be a private tour of the ship and the museum and their layout at the museum, followed by a BBQ.

At the same time I was negotiating the house we saw two days ago for Helen's mum, so it turned out to be the most expensive tour ever!

We had a BBQ with exhibitors and proprietors, in a calm environment prior to the onslaught of an exhibition.

It was great to discuss the hobby and not talk shop, with Fred and Claudia from Orient Express hobbies.

The set up went smoothly, and we had time the next morning to set up all the rolling stock, and I had pre consisted all the locomotives so that cut down the time considerably. 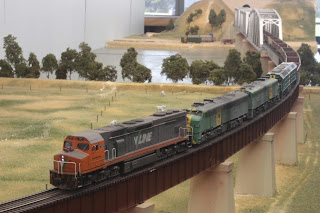 Here is a brief overview of the exhibition.


on Saturday night the club hosted a dinner and awards night, and it was a cracker, I not laughed as hard as that for awhile, we had Helen, Doug, Jim and his wife and Chis and Linda from Ozrail models on our table.

the next morning I took some shots of the layout. 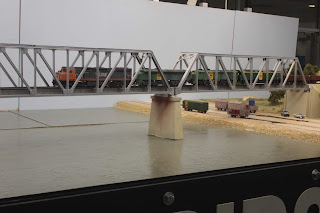 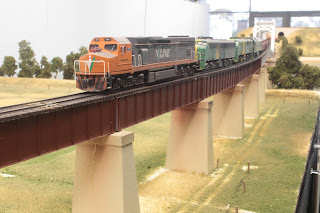 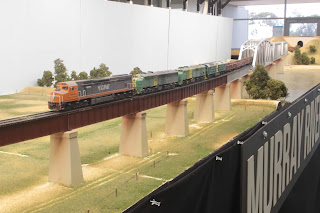 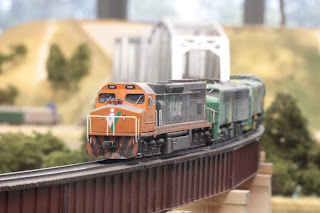 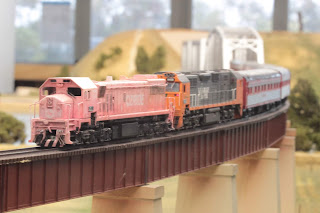 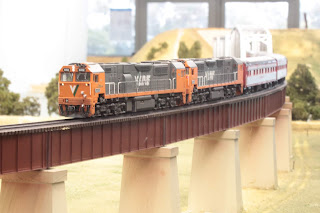 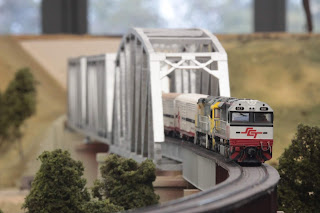 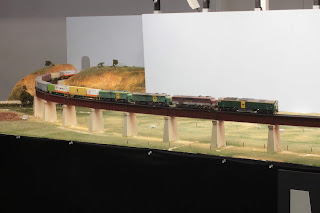 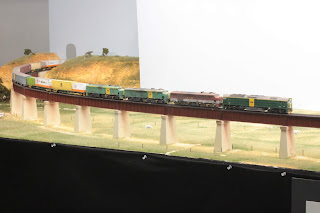 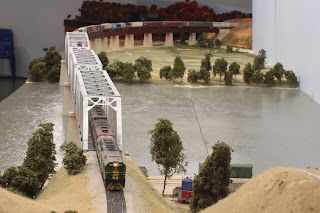 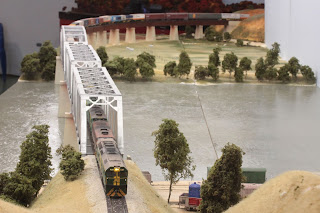 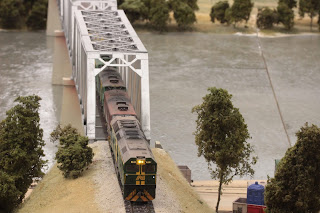 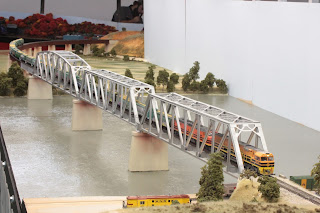 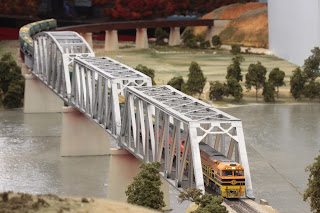 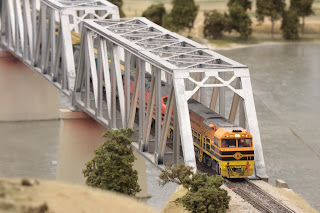 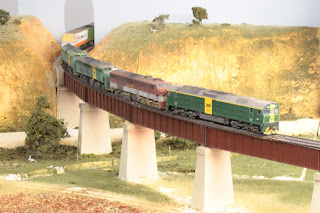 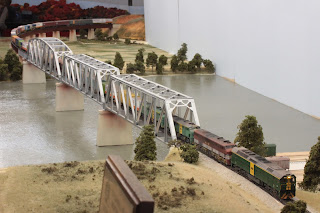 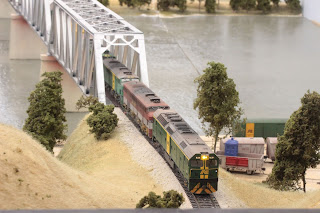 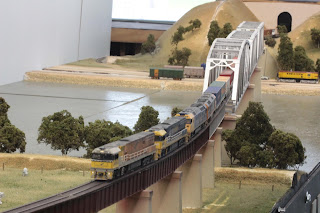 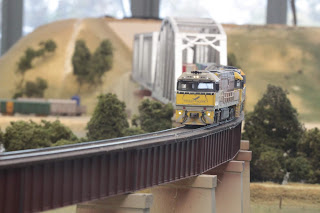 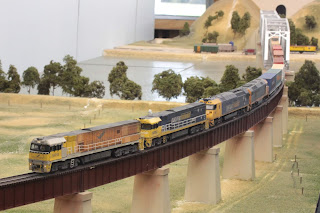 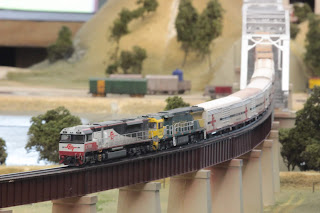 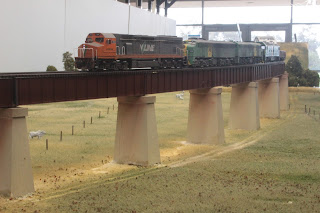 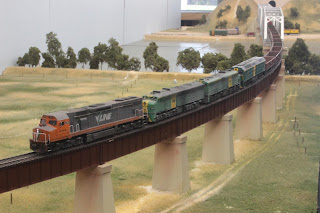 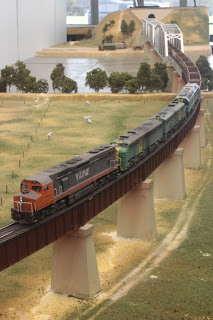 The layout next to us was built by Anthony and Cassy, modeled on RJ Corman in the USA, its inspiring to see passionate younger modelers producing very nice layouts.  Great work guys!

MRB has now traveled just over 5000km, and it's just over a year old.

Doug and myself discussed a few enhancements to the fiddle yard, and the Cobalt SS point motors seem to have passed there test at a full exhibition.

Thanks again to all, the Barcoola "bockscar Hobos" enjoyed the weekend immensely.

Hi All
Here are some before and after pictures of NRs "weathered by Barcoola" these are now offered for sale by SDS Models. I am really happy with the results.

They are all painted per prototype and factory backed by SDS models.
http://www.sdsmodels.com.au/latenews.htm
Enjoy scott
Posted by Scott at 09:22 1 comment: Links to this post