Barcoola MKIII its all Dougs Fault!

There is a time when you think,” I have had enough, this is as good as it needs to be I need another challenge”.  As far as I was concerned Barcoola had run its race.  I don’t see the point throwing good time and energy at it for little return.

However, a conversation with Doug, in regard to the future exhibition with Barcoola, then there was the laundry list of things to fix.  Peco Code 75 small radius points.  Board, joins etc.

Doug suggested, why not just replace the boards instead of rebuilding?
I had learnt my lesson, previously, rebuilding takes twice the energy for a normal result.
.
I even looked at replacing the yard boards only, still not quite there.

Then I came to the unfortunate realization that I could replace all four of the 6 ft boards.
Had been fiddling with two other layout concepts, so Alice Springs had not be set up from the last exhibition.

Puurfect, I thought, lets just space out the 24ft space and see what it looks like.
While Eye balling the wide expansive plain of 24ft of 600mm, 30mm thick industrial foam board, I thought to myself, mmmmmm how close could I get with the actual Tarcoola track diagram?

I grabbed out the plan, looked at the boards and thought, I wonder if this will all fit.
Well about an hour and a bit later, guess what, Tarcoolas track diagram (modified) would fit where, Barcoola and Lake Hart currently are.

Yes there would need to be a wiggle in the yard, and we would be limited by the length of the passing loop.  I placed a train in the loop and figured if I could deal with that as a train length.  At 18 feet that not massive, but acceptable, and we can run longer trains than that, just can’t use the crossing loop.

I guess it one of those things, the most perfect solution can be staring you in the face!
Of Course, the best part of following a real location is the topography can be followed, the roads etc….
And……No I am not putting searchlight signals on Barcoola at this stage.

Rapido have released switch stands which will help with the look of the yard.

Lets see how we go, there is a short time between now and the exhibition, should be fun!

Here is the West end of the yard, I think I will make this part of the yard thicker, so i can add the CAR construction sidings.  the two SCT locomotives are on PM9 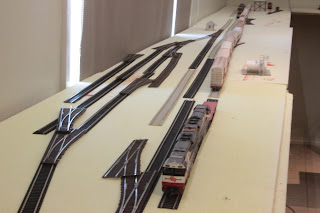 Here is the 2009 version of Tarcoola 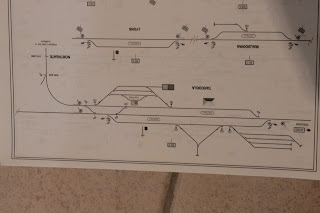 The double crossovers and entry to the yard. 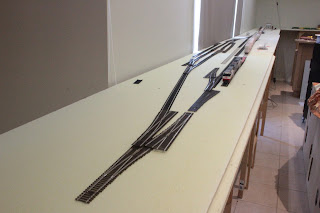 here is the expanse of MP9 in the loop at Barcoola 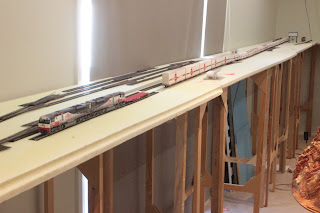 the east end of the yard has a triangle to the south and the old locomotive depot serves as storage for workers wagons. 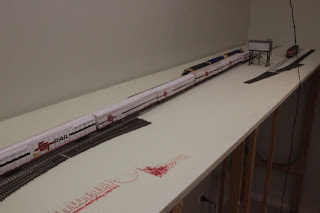 the triangle is to the left, I don't intend to model the triangle completely, as the back drop will against the layout at this point.  the station building is on the left, almost dead centre of the apex of the triangle.  I will add additional boards on front of the layout, a nice location for the Ginacood hotel. 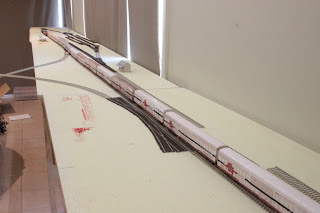 The east end points as per prototype. 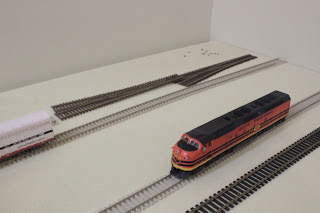 An overall look of the proposed boards. 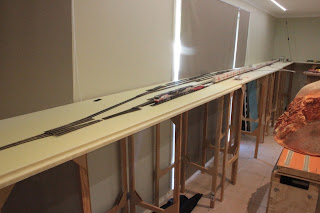 The very west end of the yard. 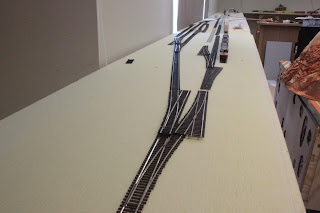 So Doug, this is all your fault!

Lets see if I can really get the skates on and have a bit of fun!