Given that GWA have received their UGL built GWU class locomotives.  See the link below of the first delivery run.  This creates another modelling possibility.

I have long been working on rebuilding an Austrains NR class, the original model is a great starting point and captures the look of the prototype quite nicely.  An article on the class including scale drawing was published  in the Australian Model Railway Magazine in the April 2000 issue, worth a look.

However the model when originally released, had some down sides.  These include molded on air hoses, large gap around the coupler, non working ditch lights.  These features thankfully these have been fixed in the second run of the NR class.

What remains is the frame is just too wide.  Now this rebuild is not for the faint hearted.  But below I have outlined some changes that you might like to make to your NR class. 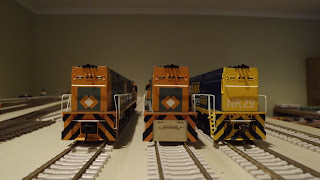 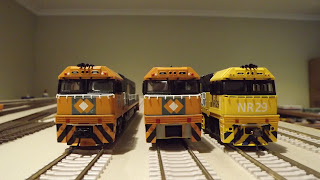 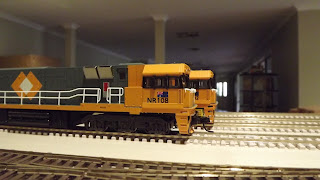 One of the simplest changes which will enhance you model is drilling and filing out the steps on the cow catcher, these can be compared in the photo above.  Check the prototype pictures below and the see through look is obvious. 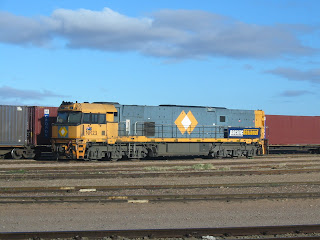 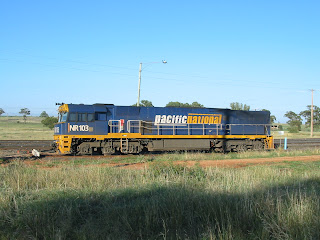 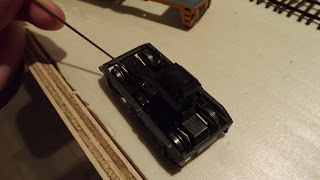 The bogies seem to have way too much slop, possibly to get around the tighter of curves, and easy fix is to fit styrene shims, as shown above. 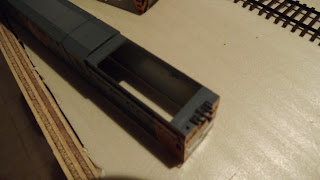 cut out the radiator for see through grilles 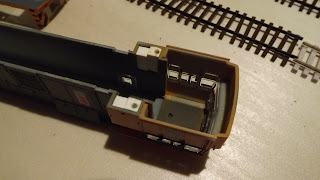 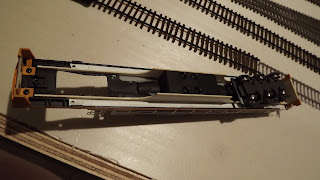 The more serious modifications is getting the frame to the correct narrow width, this will allow the side detail to be 100% instead of 50% relief.  this also means that the B end steps and walkway is full width.  However this means that the body lugs will no longer fit and as such new screw blocks will have to be built into the body.  See the three photos above. 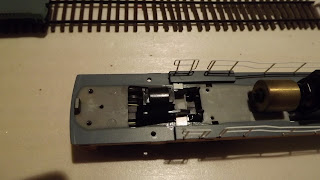 Another modification feature is the A end bogie is positioned too far forward, the NR class has a very distinctive cab over look.  the photos below show the pre and post modification changes.  NR108 is not modified, NR82 is modified. 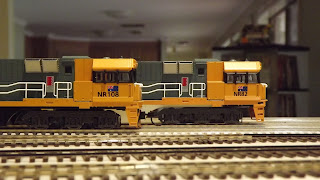 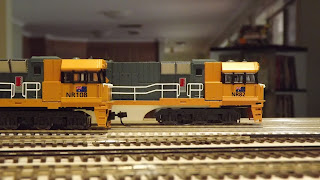 Anyway these models have languished unfinished, purely because of my lack of enthusiasm for the prototype.  However, as I discussed with Glen the GWA GWU class, look like being rostered on the Darwin run, and Glen has spied two AQQY's with in-line refueling containers fitted, which will enable the class to run on the line without fuel limitations.
Thus these NR class models are perfect candiates for conversion into GWU class locomotives.
Glen has already done the detail shots, so I will standby.  But building a GWU is more interesting to me than an NR.  So watch this space.

With ultra modern Alice Springs I could operate, GWA, GWU, ALF, CLF, CLP, GM FQ (now seem to be asigned to other duties) and FQ class.  Then the occasional ring in, in the form of NR & AN class on the Ghan.  VL and EL lease jobs, and 700 class that deputising for a broken FJ.

Anyway I am off to finish off the last boards for Alice Springs...

And hope that you look at some tweaks to your NR class fleet.