Hi All
Its been a while between posts, my bad have been out of range, and just made it home to get the layout loaded for the 2011 Sydney exhibition.
We could not use the wireless feature as Arkoola was using wireless, and if two layouts use it, both will not work.

Being the second visit to Sydney, its good to see some familiar faces. We had exhibited Barcoola back in 2005 at MKI, where MK2.5 is drasticly different. Some keen eyes spotted the changes.
I was surprised how popular the blog site has become, and thanks to the many that took time to introduces themselves as"followers"

Jon's new trailer made the trip a breeze, we managed to get the entire layout into the new 5 by 8.

Thanks to the following staff that took the time to operate Barcoola at Sydney.
Doug
Glen
Jon
John
Katie
Michael

Could not have been accomplished without you.

Many thanks to all for the kind comments, these included:
Where could we get the kit for the pub? it realy suit the layout.
You have definely caputured it, don't change.
The AN era captured, puuuurfect.

Below are some of the AN products up and comming. 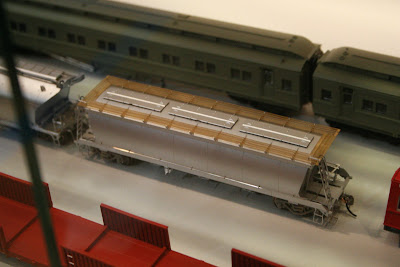 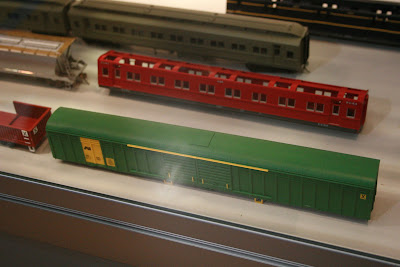 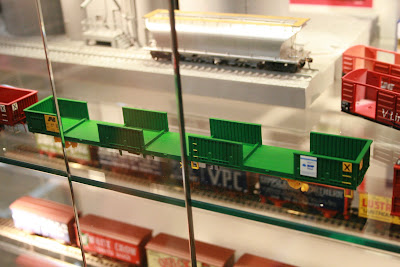