As previsously stated, I have started doing some bulk modelling, the result of which is this model of CL2 in Australian National livery.
With alot of persistence and taking your time, wash on-top of wash you can get the right effect, not in any particular order, this is what was accomplished.

I am really happy with the result.
I did a couple of these at once.
So.........If you want a little piece of Barcoola, now is your chance, I have placed this model of CL2 on Ebay. 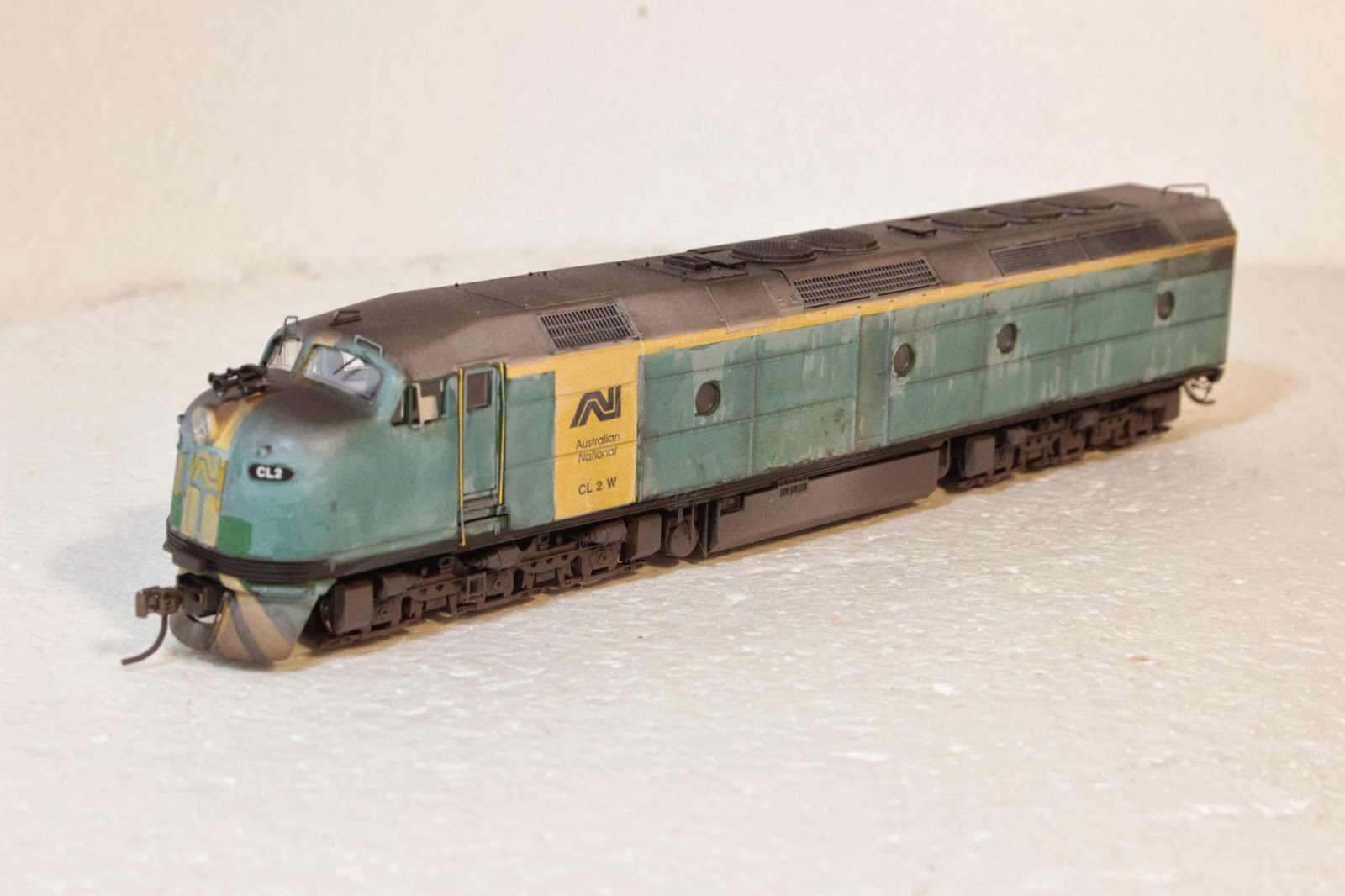 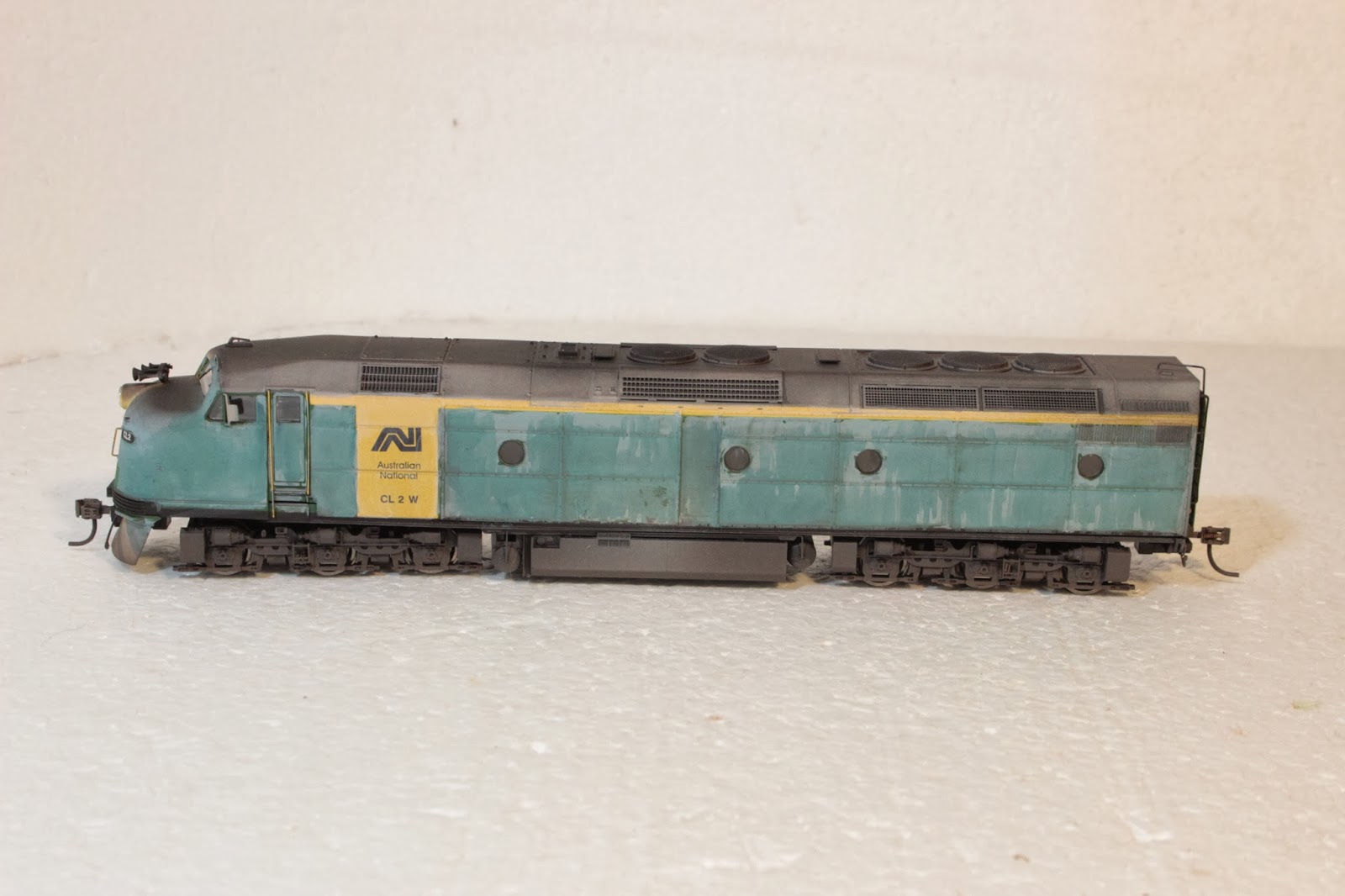 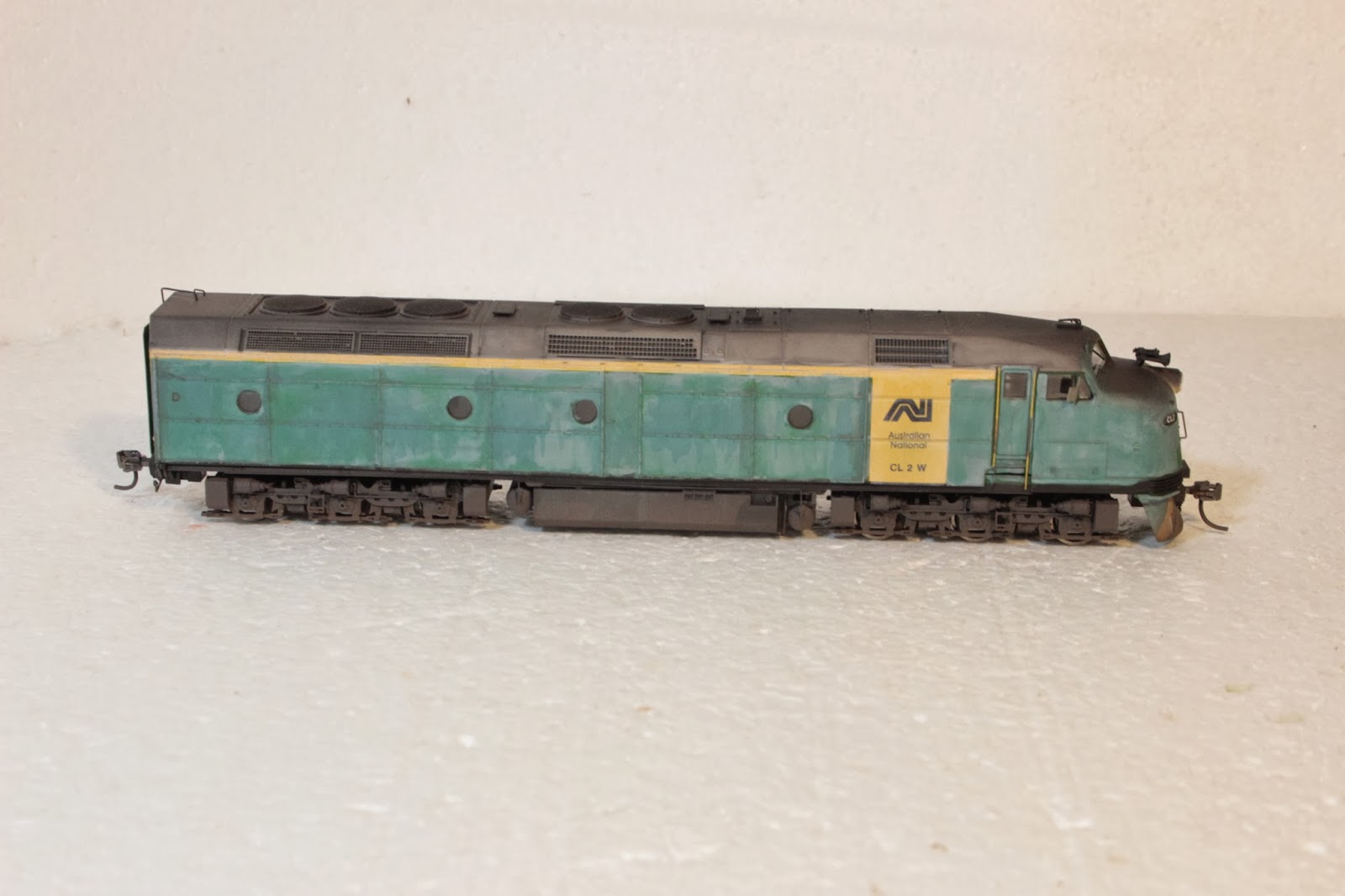 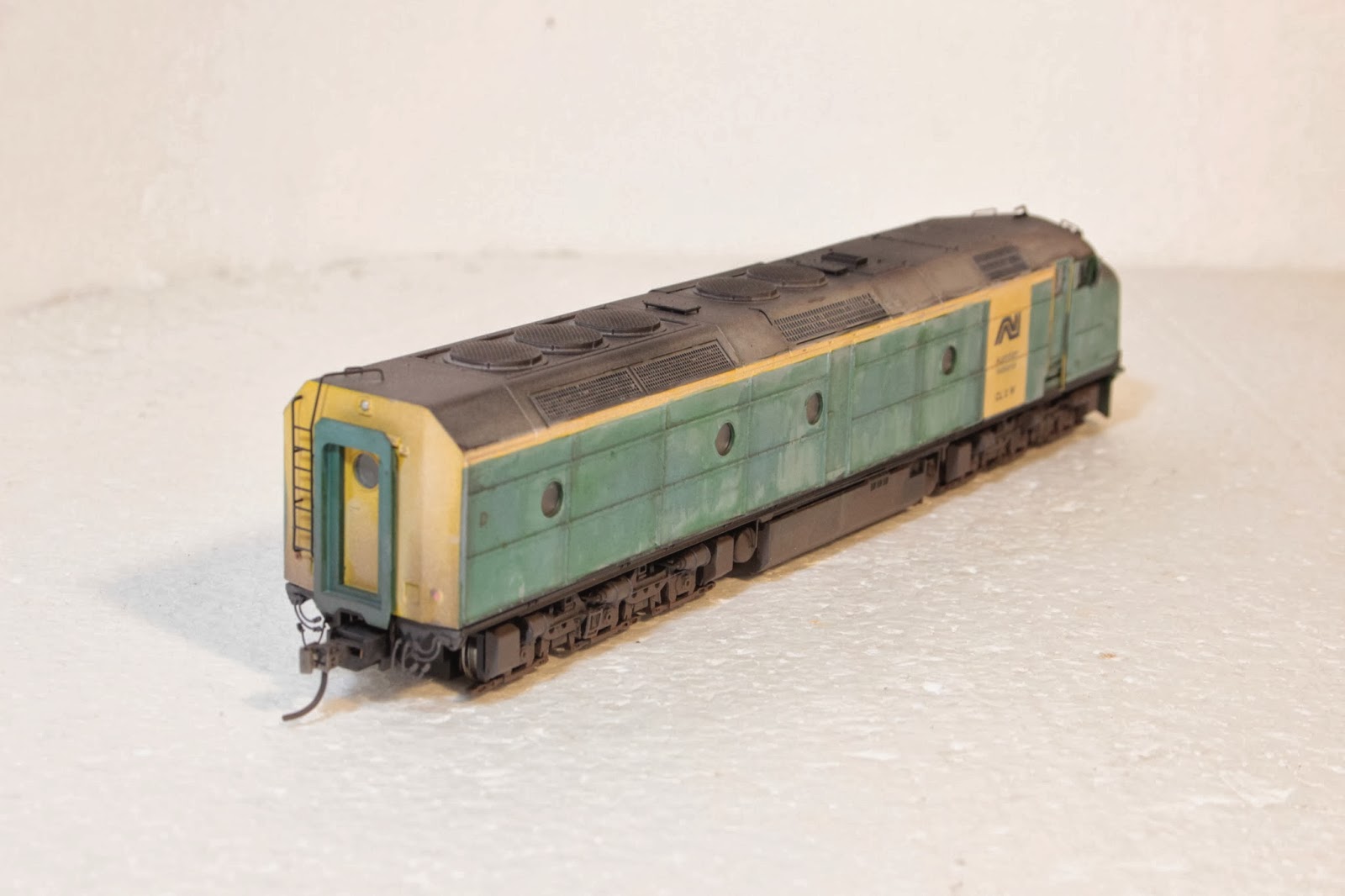 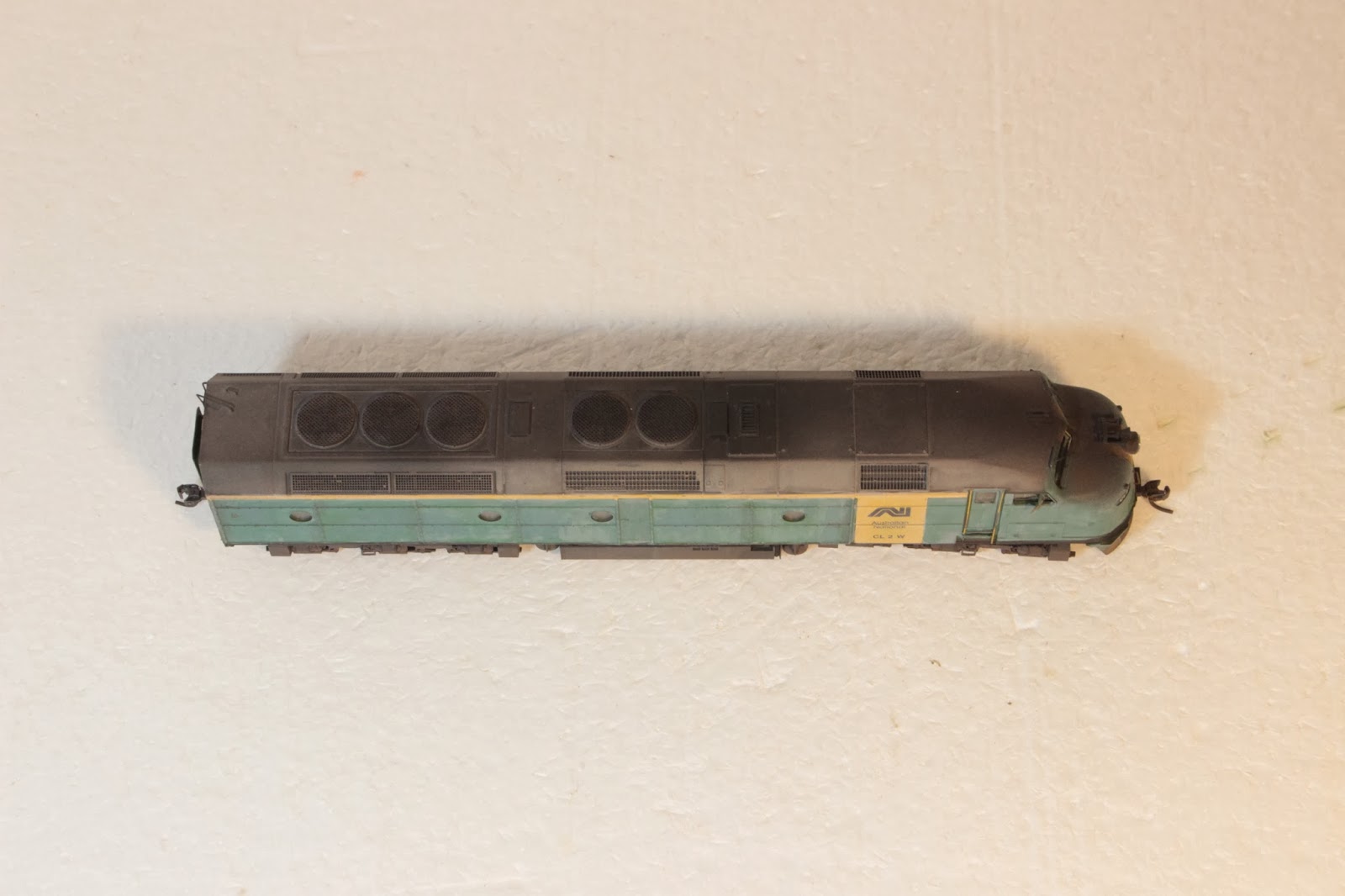 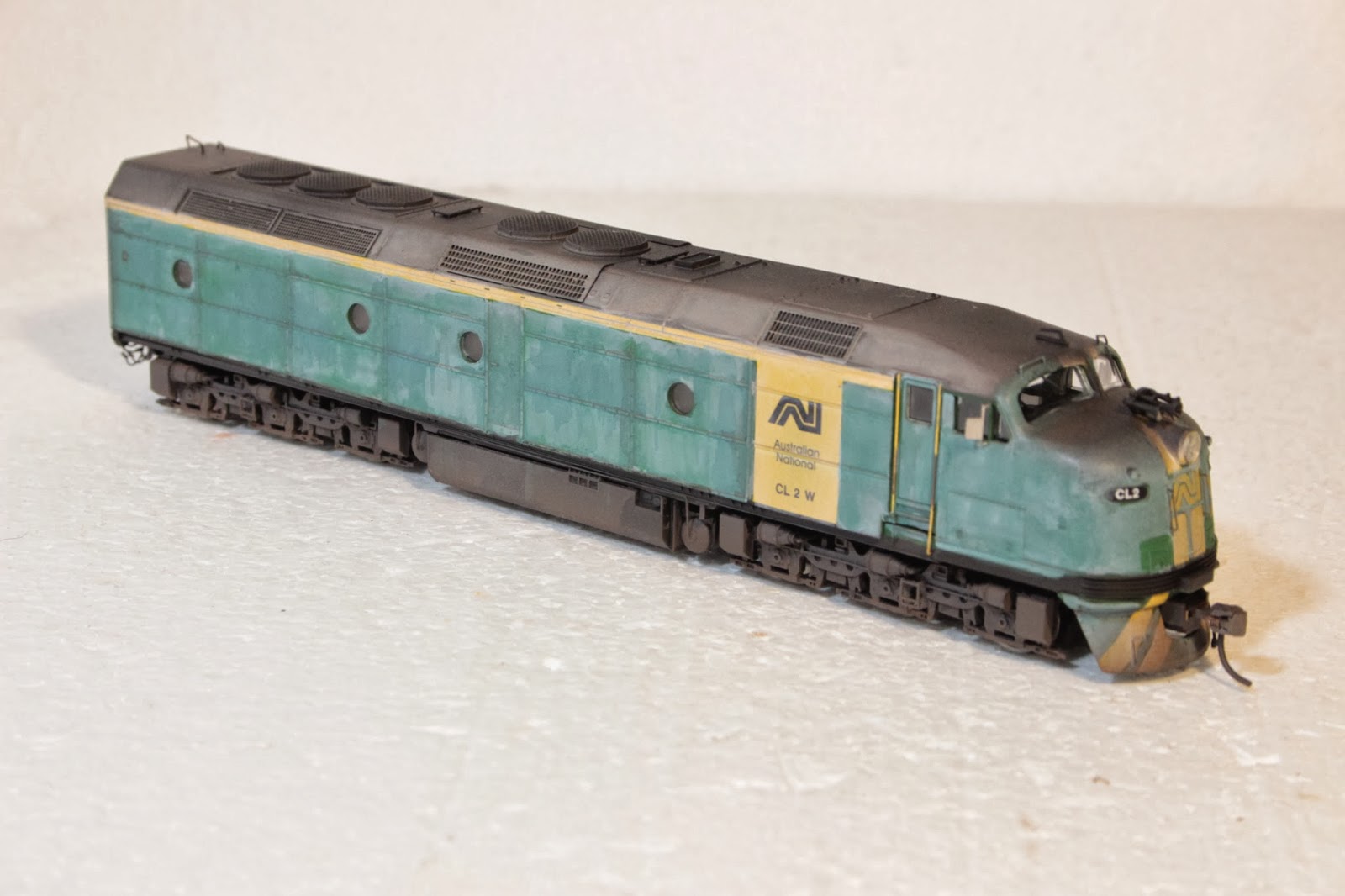 to illustrate the progression here is a couple of "in progress" shots: 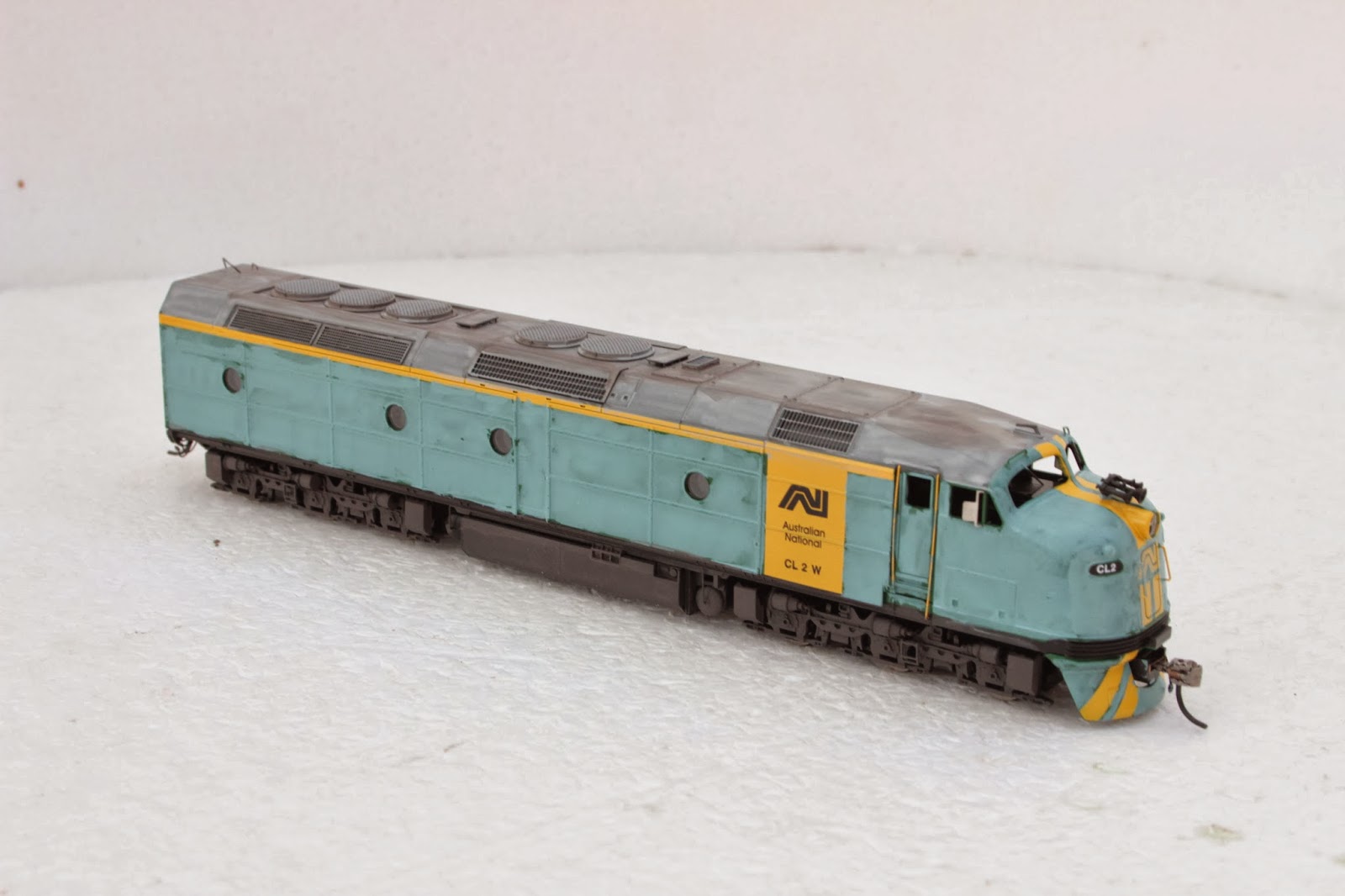 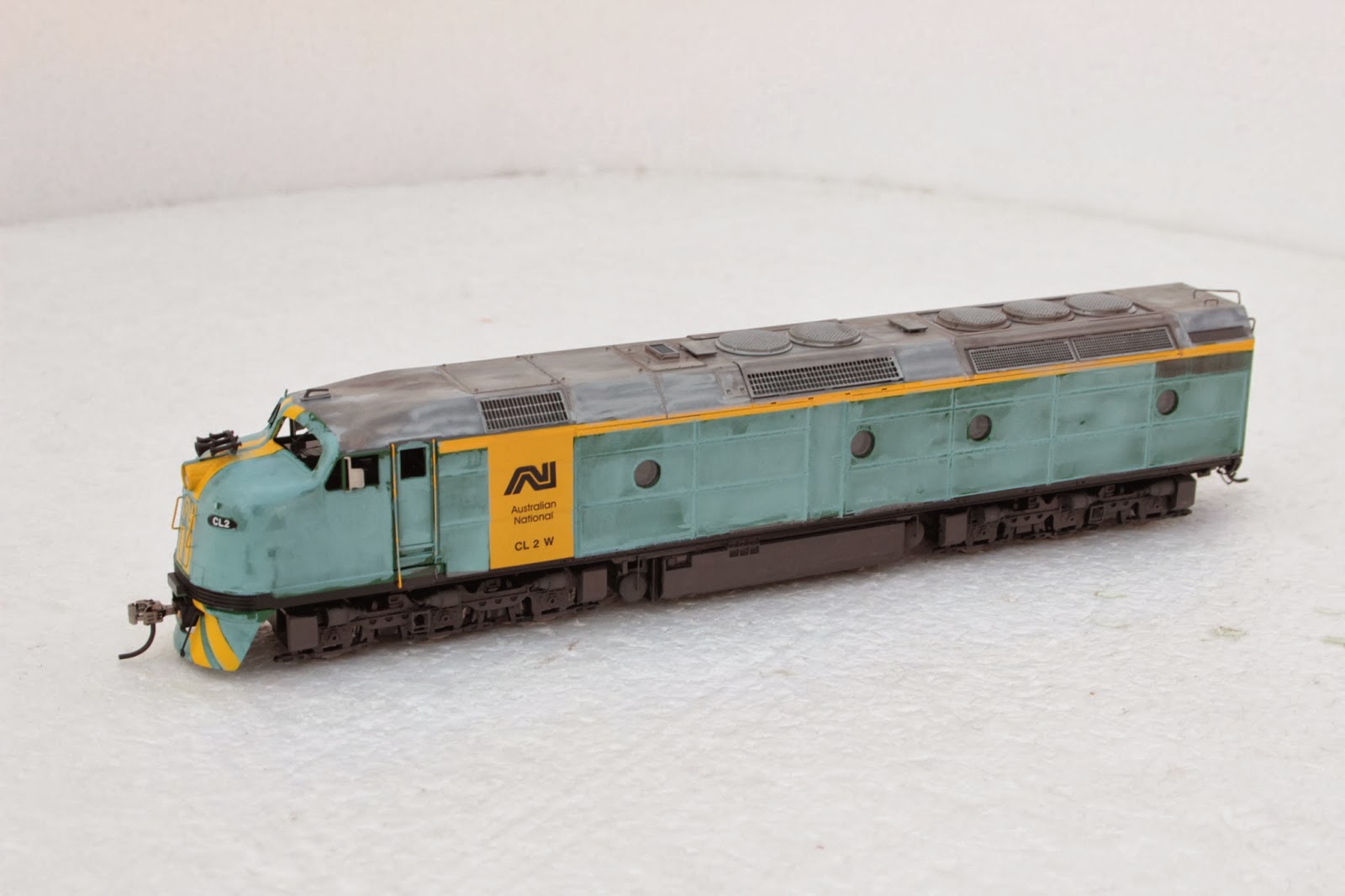 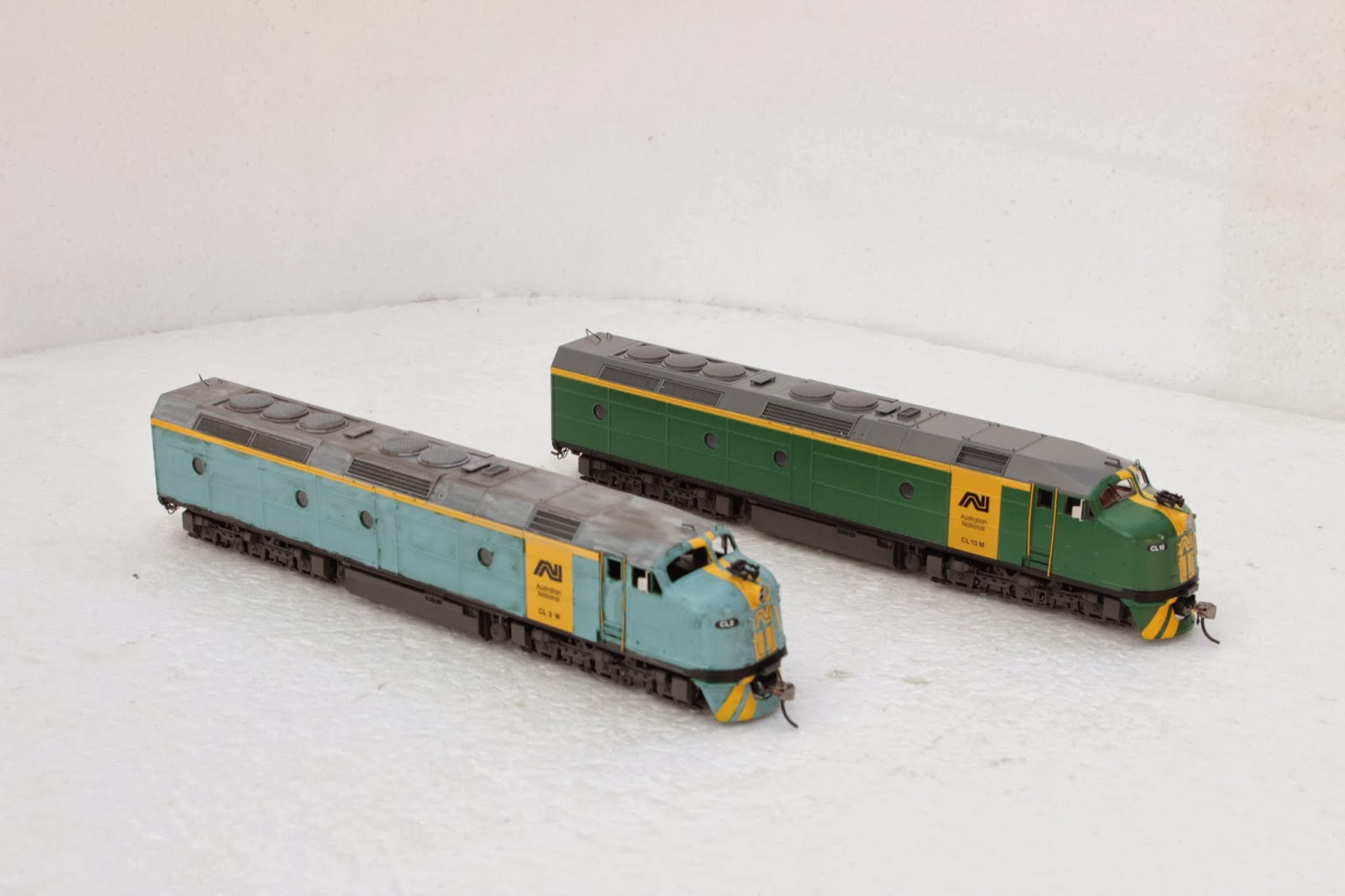 Other items I have been working on is some containers, these are ones that I have made from photos I took way back when.  Railex containers were everywhere, and going north Crowhurst Fruits regularly appeared on the Alice Springs line.  Again I have done a bulk modeling job.
the end result, if you want some, you can buy them, check out my Ebay.
Railex reefer.
Crowhurst Fruits reefer. 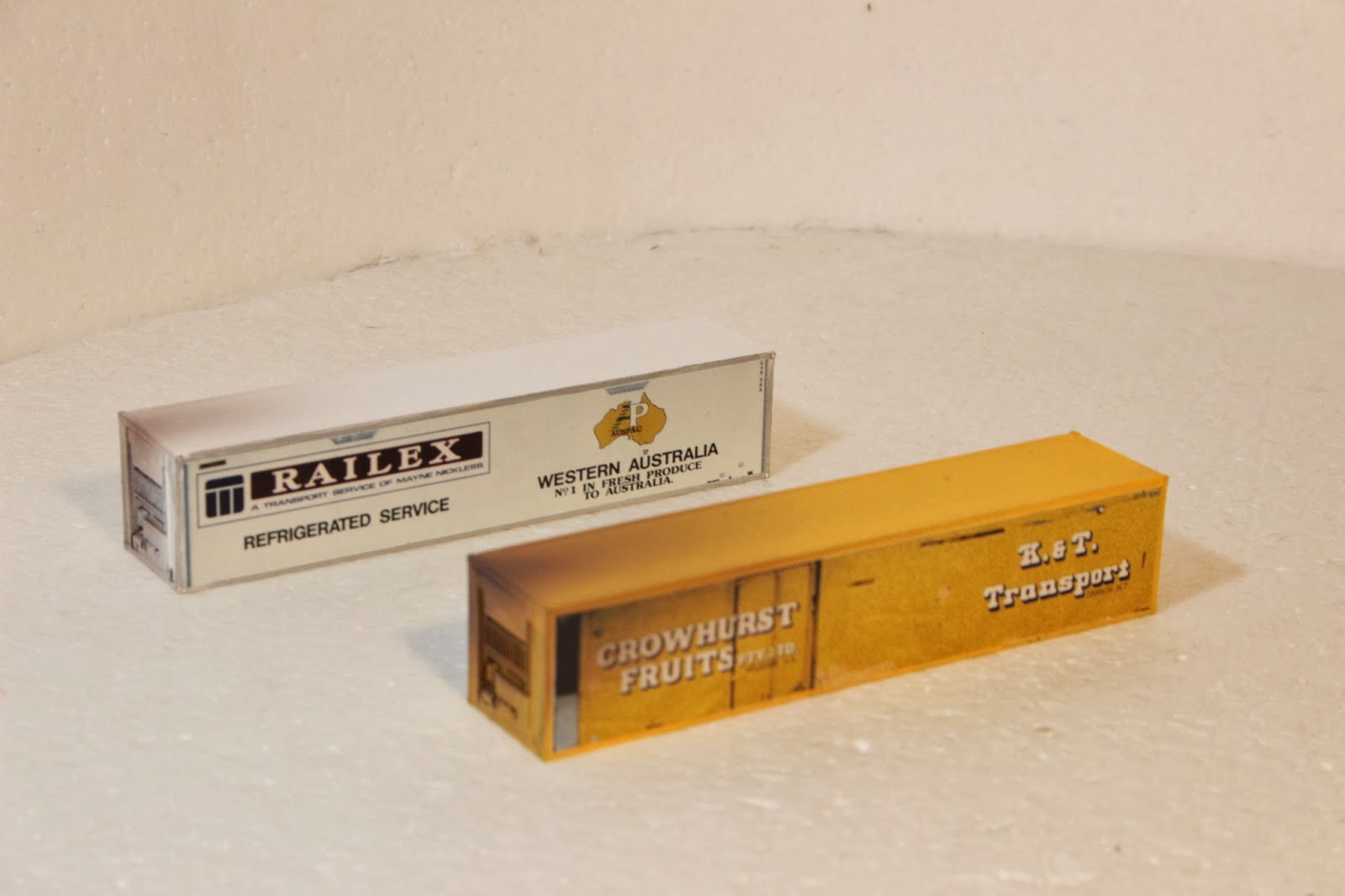 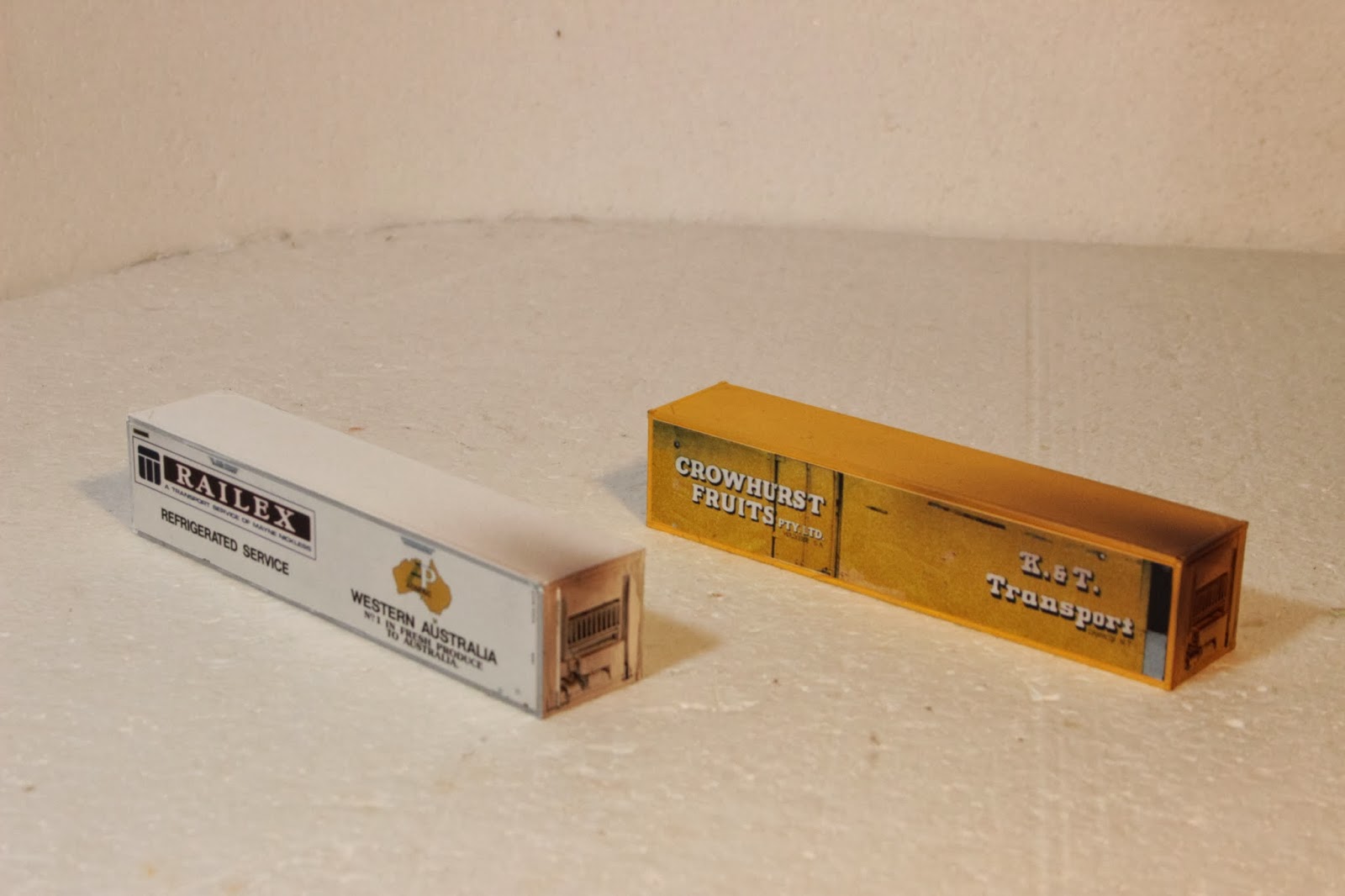 Other news.
I have started contact weathering jobs, and I will post some shots of the finished product in due course.
Jon has settled on a prototype for his new layout, so this will also be a contract job.  Should be interesting.

Alice Springs, has its first scheduled operating session, later this month, Roger and new to Alice Springs operations, Brian will be attending at this stage.  Should be a good!