So for the future Port Augusta - Whyalla layout, I can justify at least three 80 class locomotives.

I studied various photos and the side panels seemed to have faded to a chalky tuscan colour, I did two of these at once, so one for me, one for ebay.

The yellow ends were toned down, using a very diluted wash of humbrol white.
rust on the handrails were picked out using at fine brush.
All other body panels were washed with a colour with a slight fade in it to knock the edge off the plasticy tuscan colour. I used Humbrol rust and #64 grey with a tiny bit of black to give it some balance.

Here is the picture from Norm Bray, I used for reference, 8041.

I am happy with the end result, as follows: 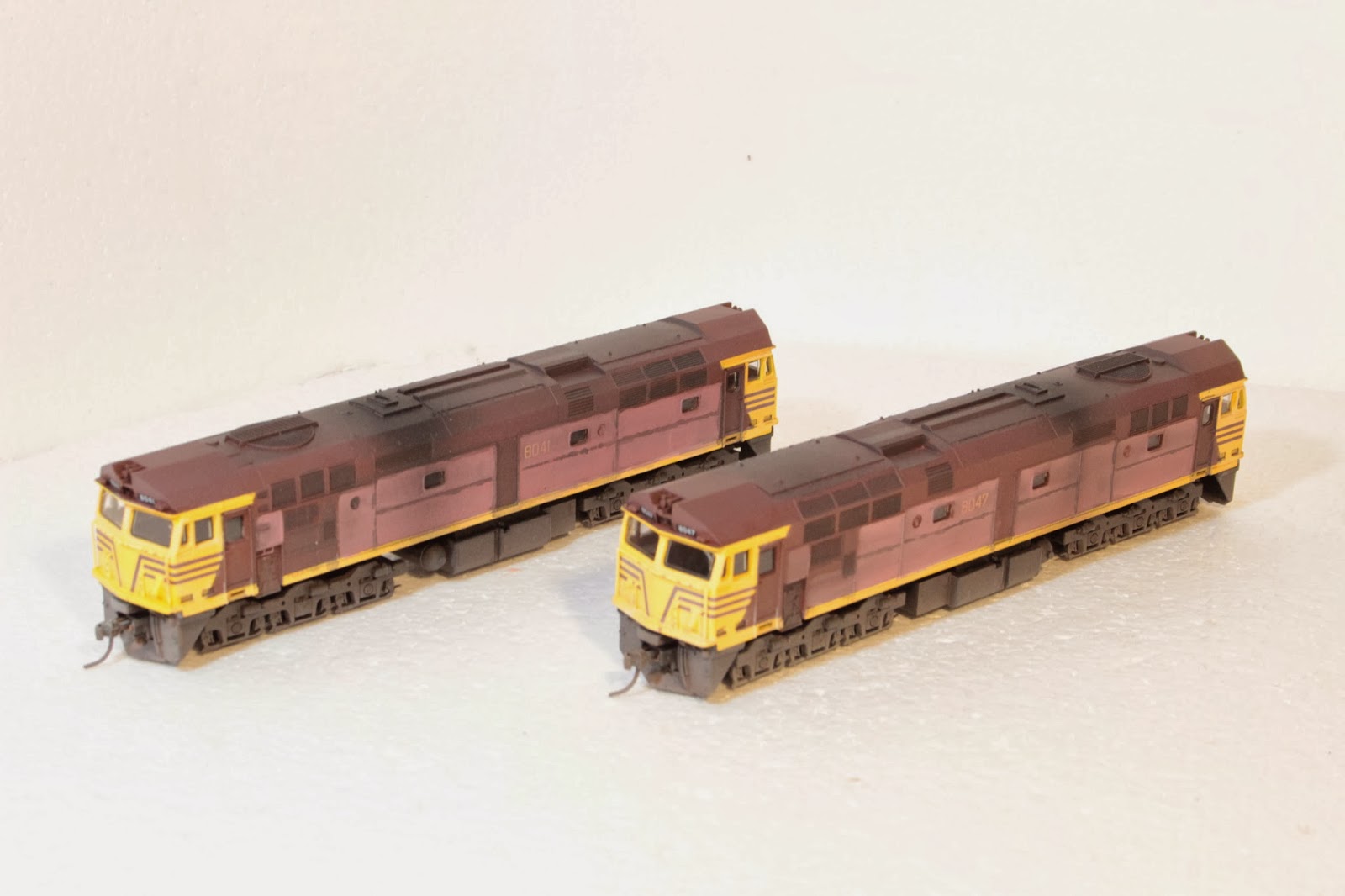 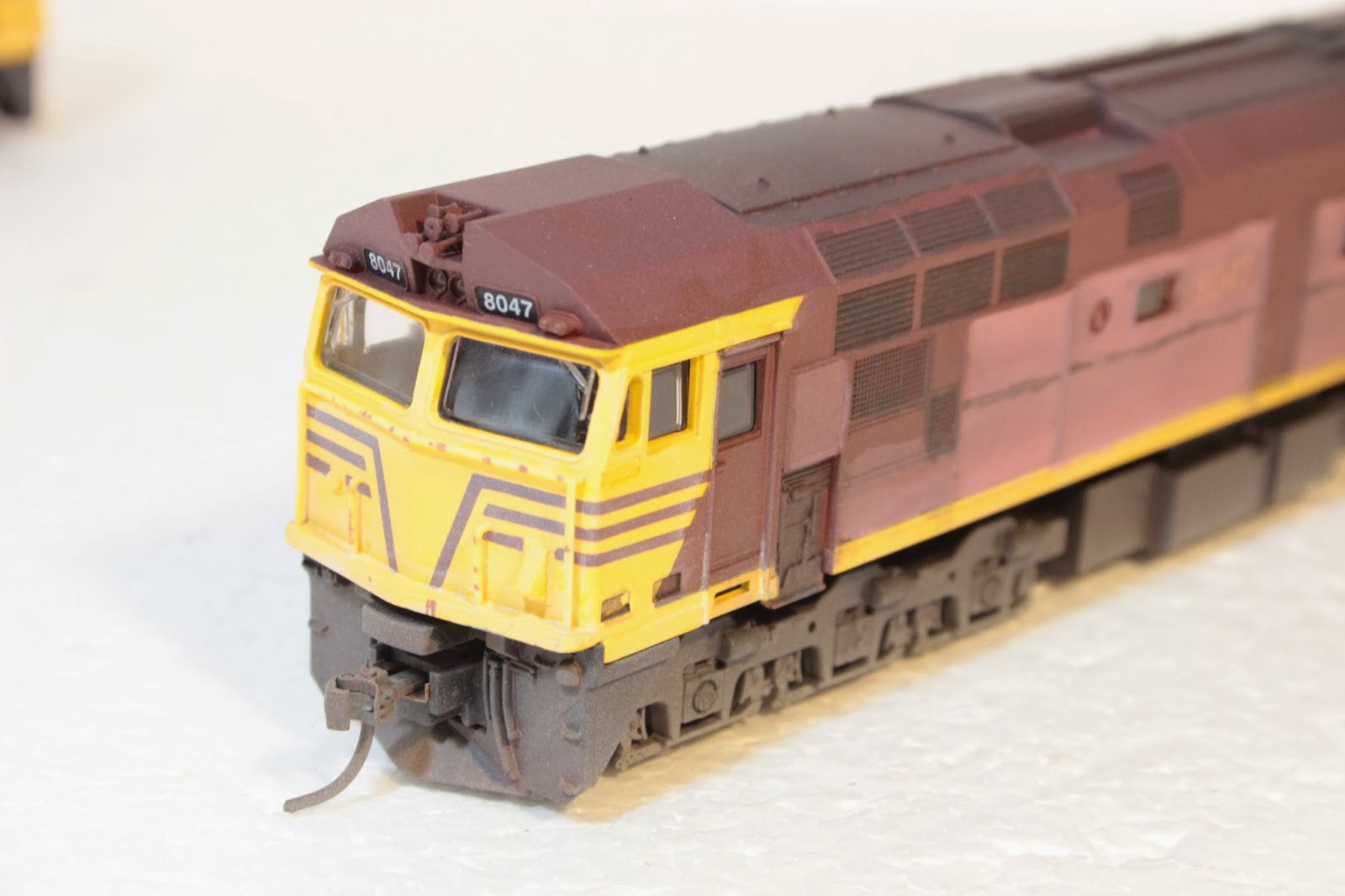 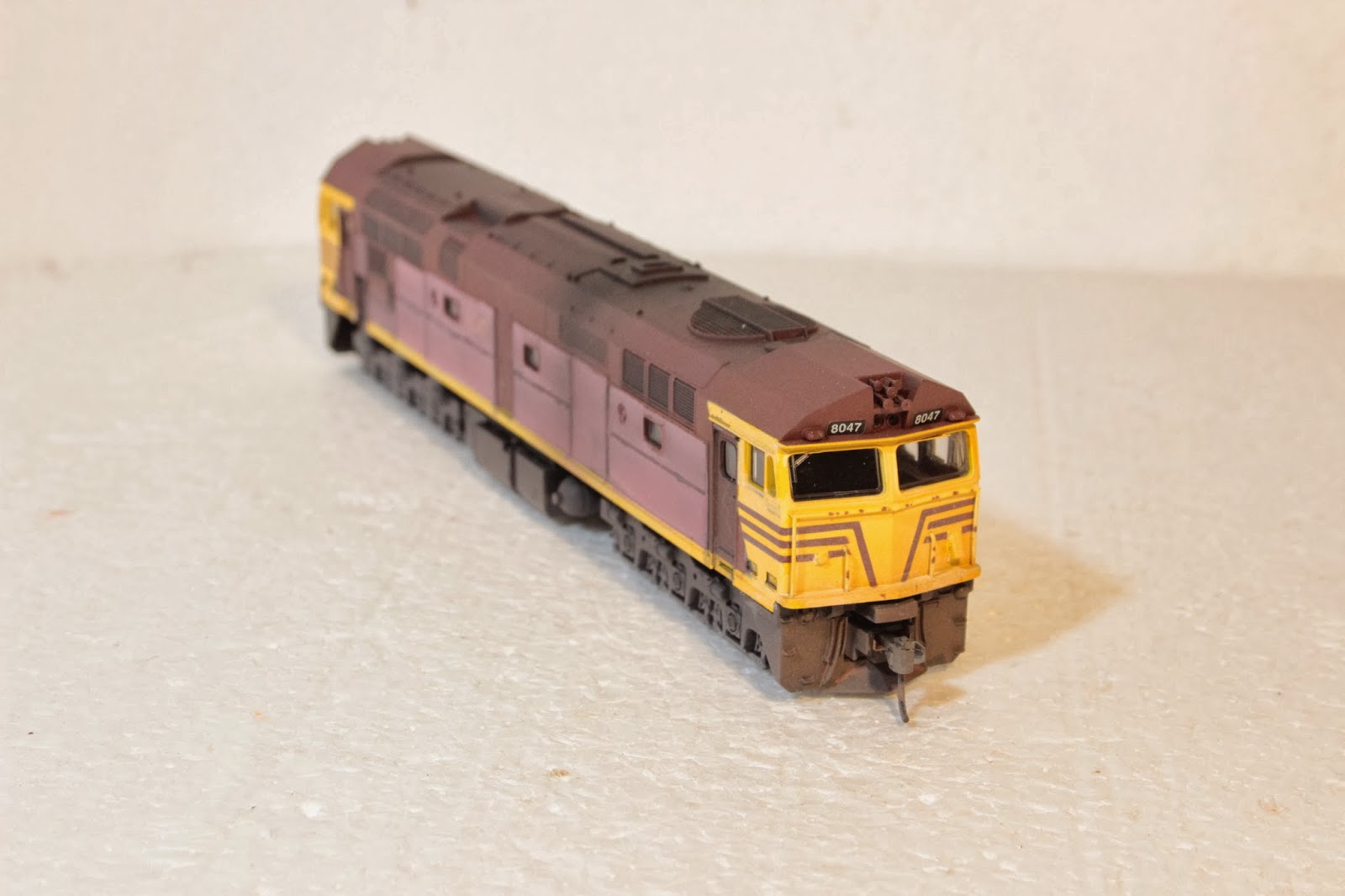 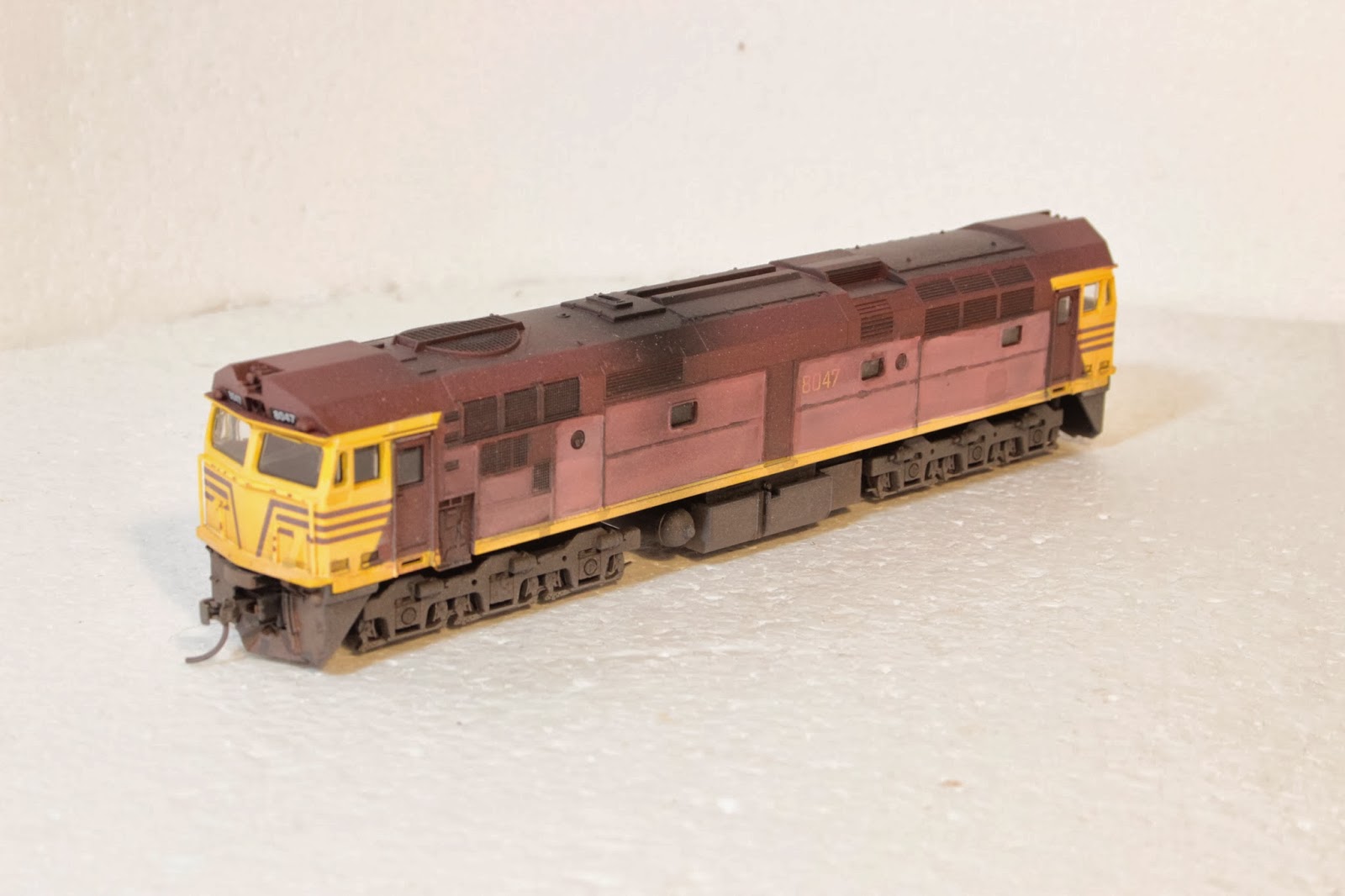 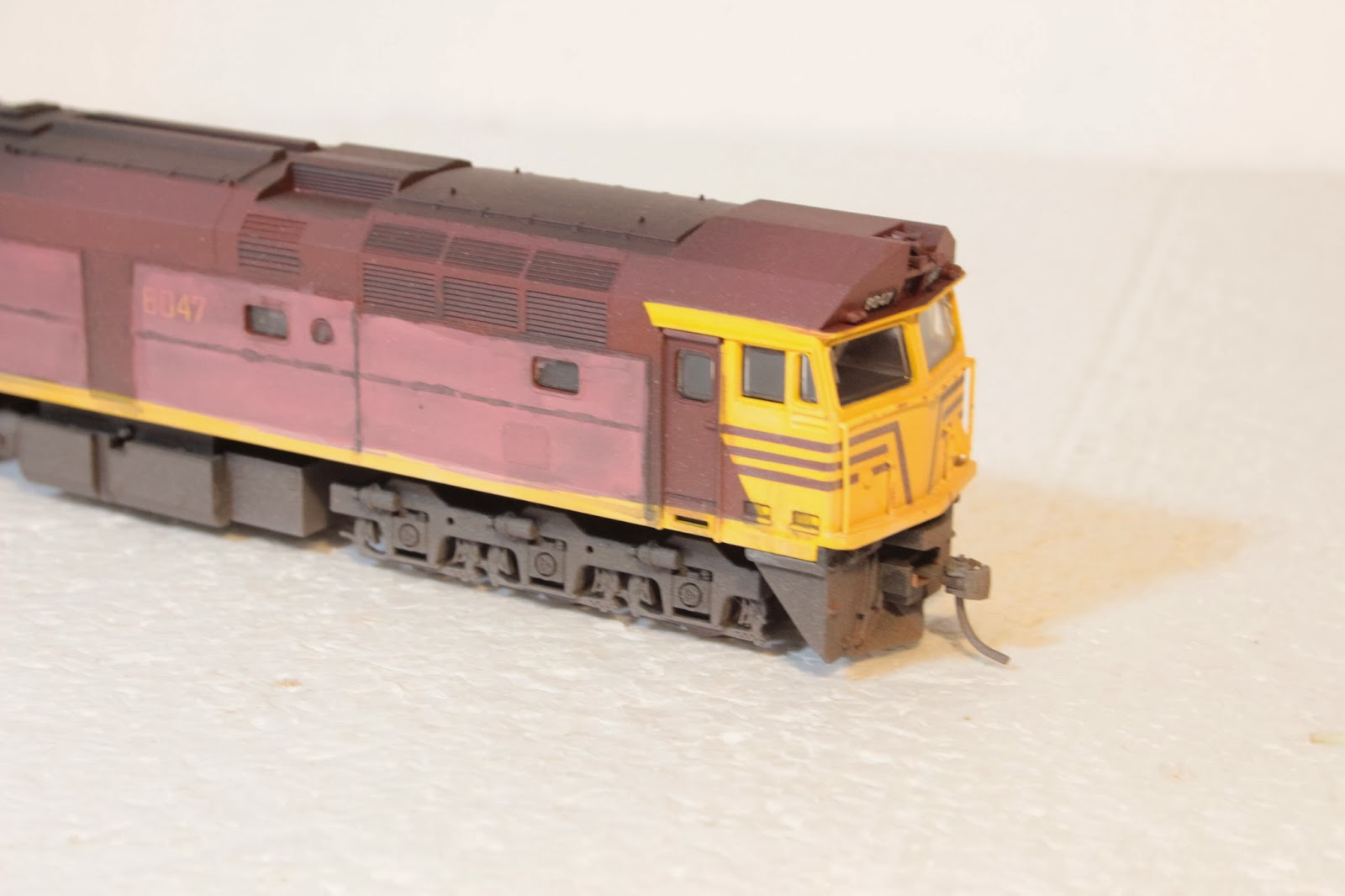 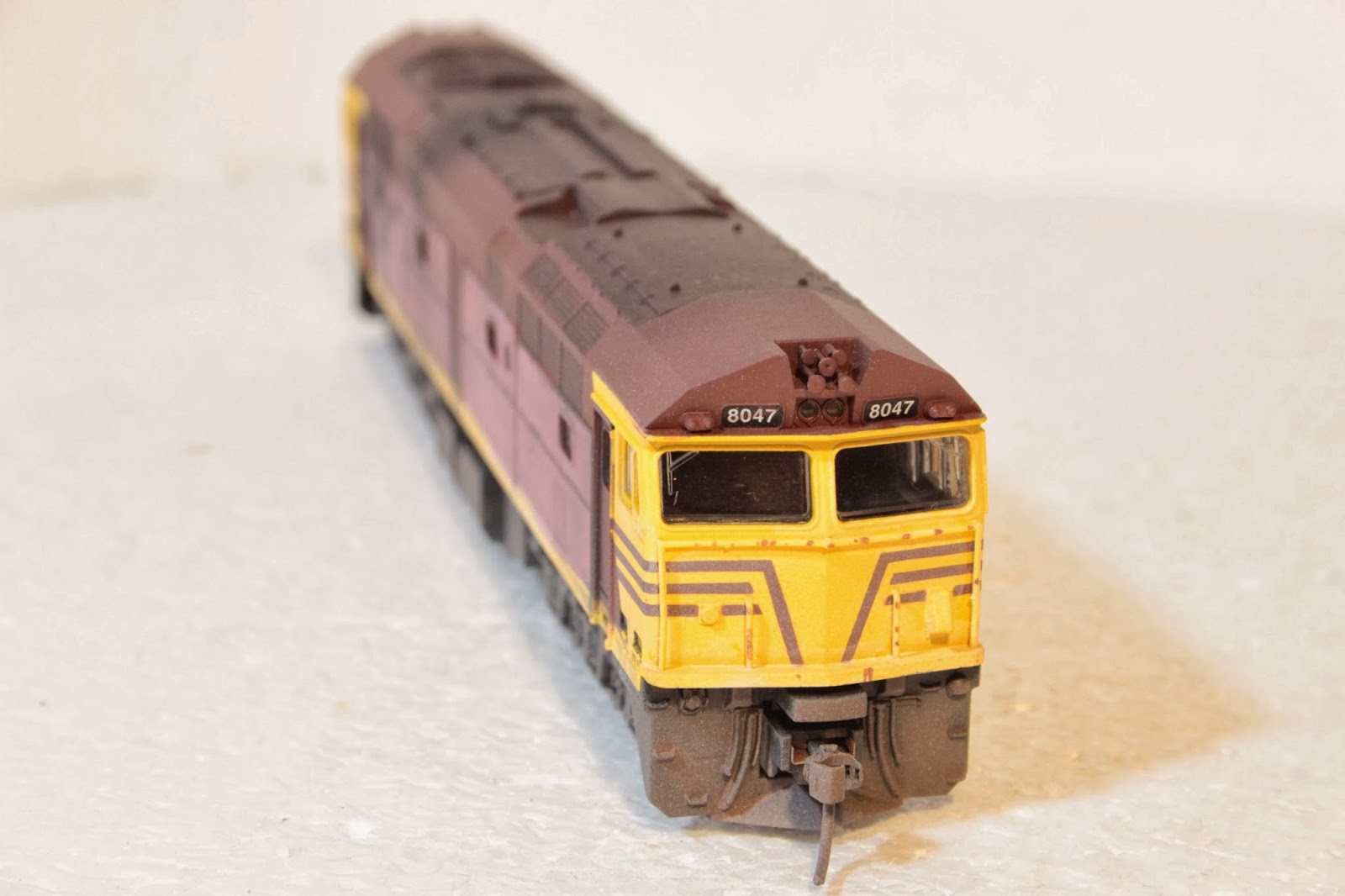 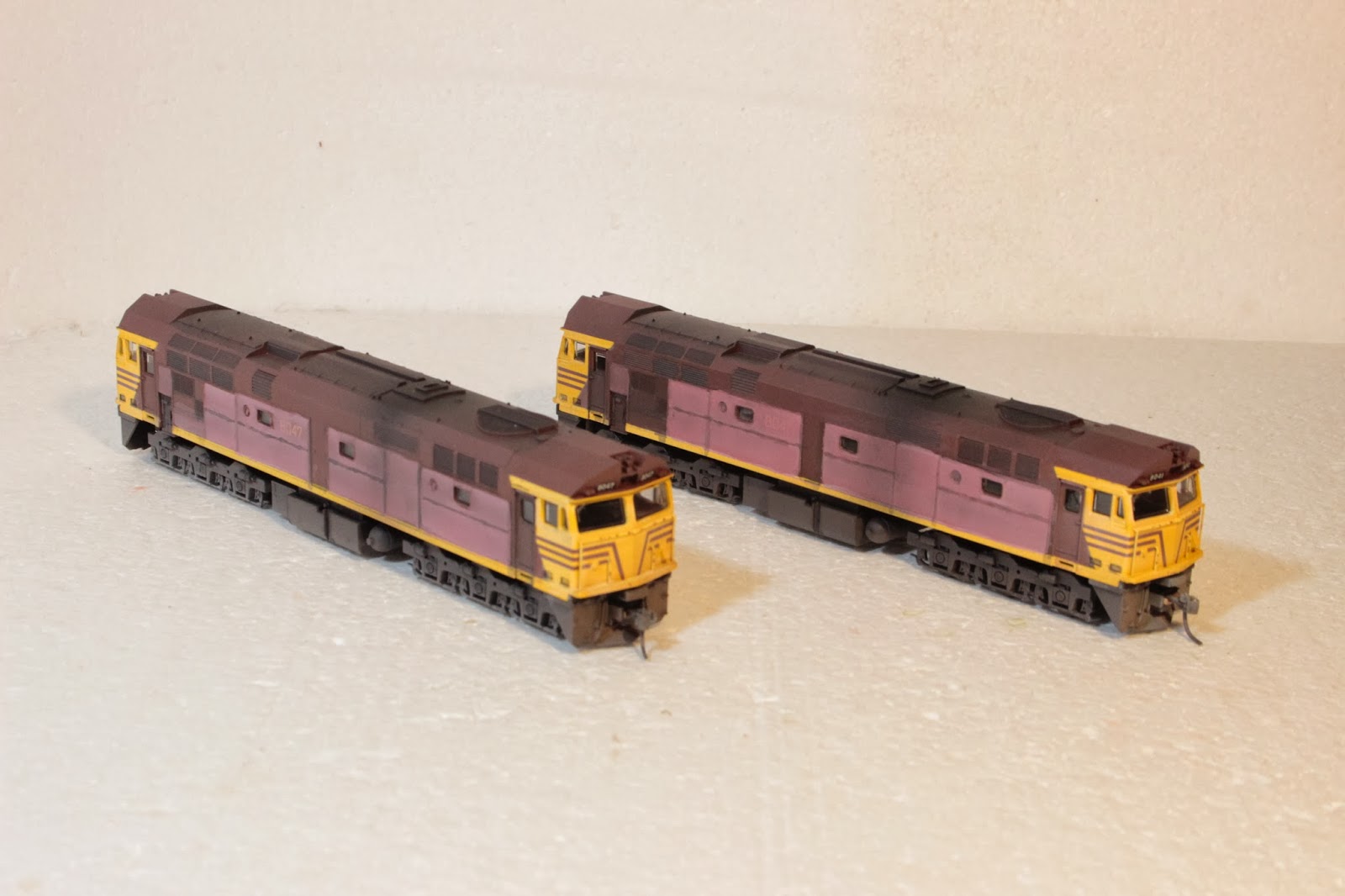