Hi All
i have been amending the plan of Alice Springs to reflect what should be there the most I can.
Here is a bit of an update aas to whats been going on. 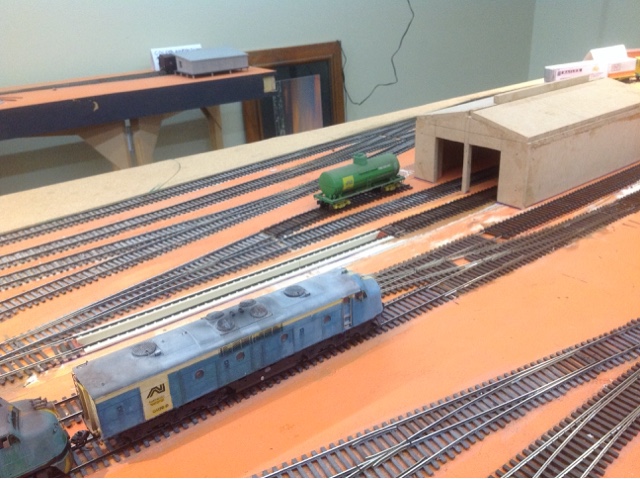 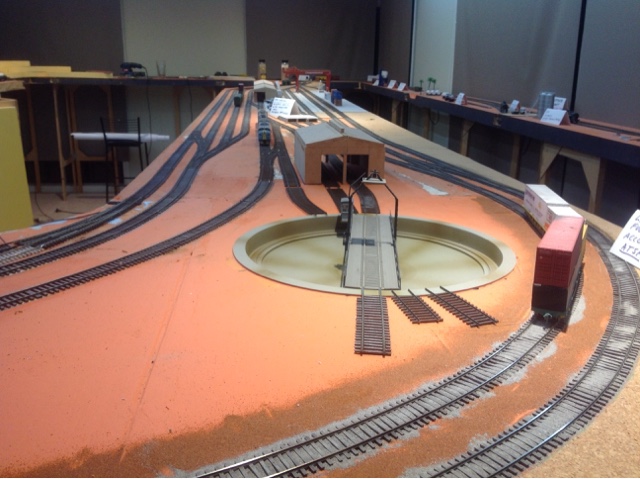 The turnatable tracks have been established, looks alot more list Alice Springs should.  I am alot happier with the result. 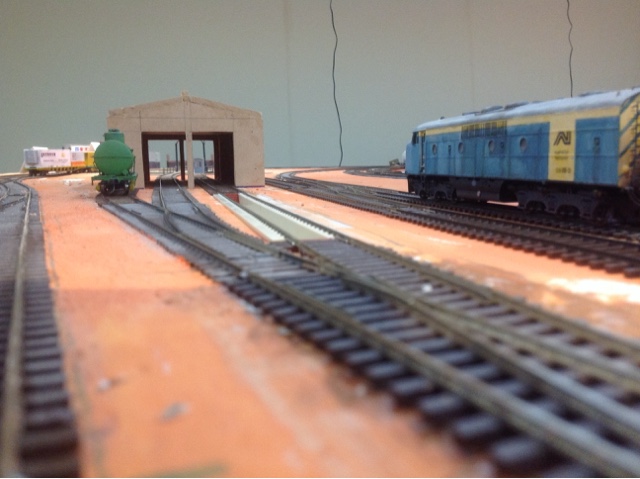 Another  shot of the locomotive depot, the access road, will go between the two tracks in the foreground. 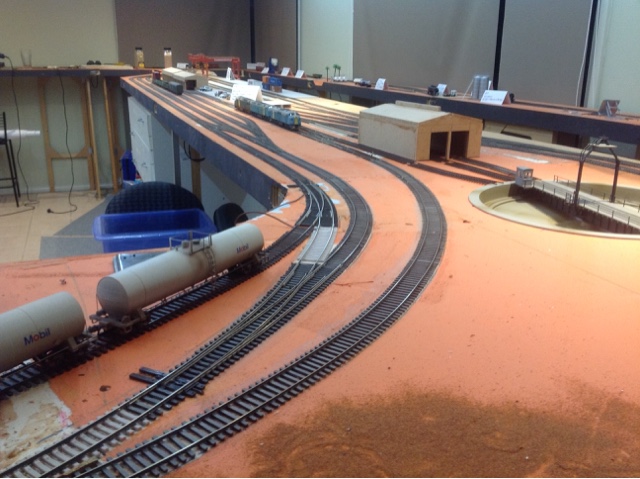 The Mobil siding has been moved to the correct postion for eawrly 1990's at the very south eastern end of the yard, this has meant that the level crossing has had to be moved! Grrrr!  End result will be a better version of Alice Springs. 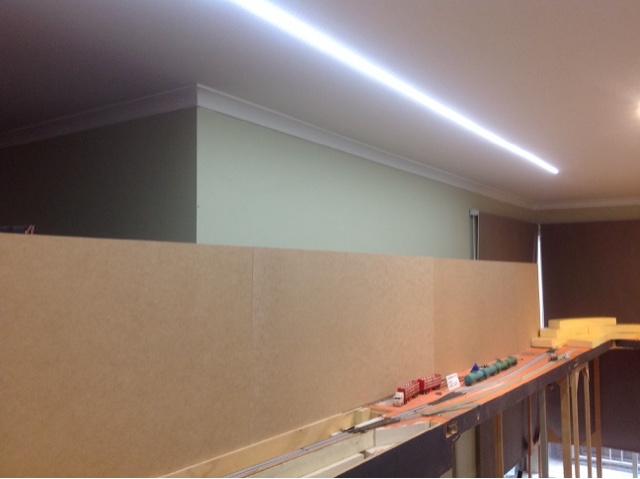 The Backdrop is up and fits like a glove into the locators built into the boards.  i have also roughed in a cutting at the south end of Bow Creek. 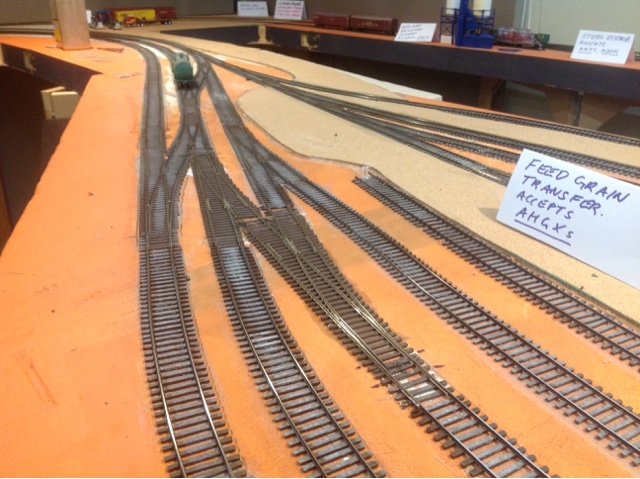 A new cross over has been added to the west end of the yard, this should make shunting a little easier,  especially for the ultra modern version. 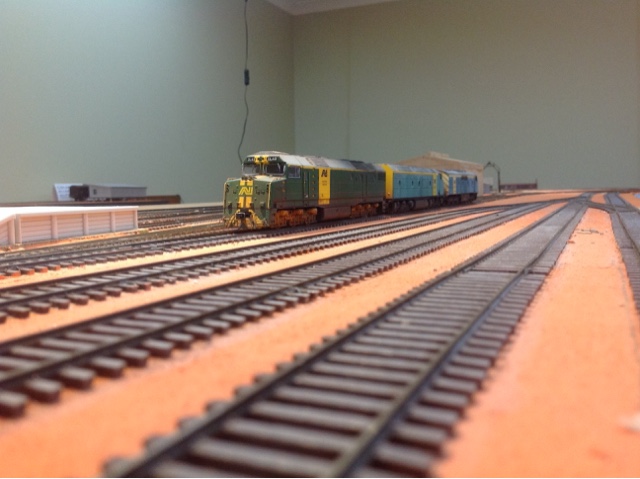 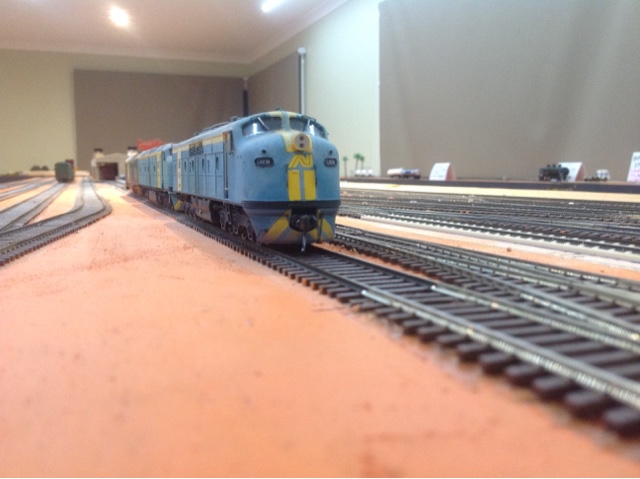 Anyway, just a quick update.
Thanks scott
Posted by Scott at 20:10