With the help of Doug, we laid out The proposed Layout Kanandah NSW, laying it out one of one.  We found out that the South Mine section was not going to fit.  We came up with a straight version, that would make a stand alone layout in its self.

Using some older boards we spaced out the mine trackage and realised it would fit in just under 12ft straight.

Hers is some shots of the mock up. This reflects the track diagram at South Mine as is.

In further conversation with Doug, I have made this mock up, based on the small layout foot print, in the train room.  17ft by 8ft.

See the video below. 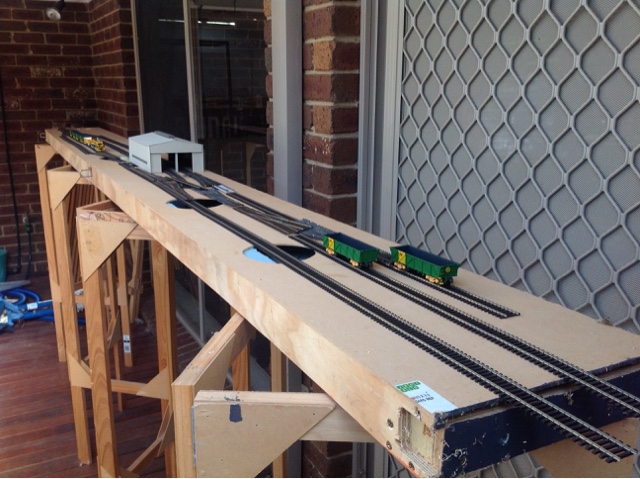 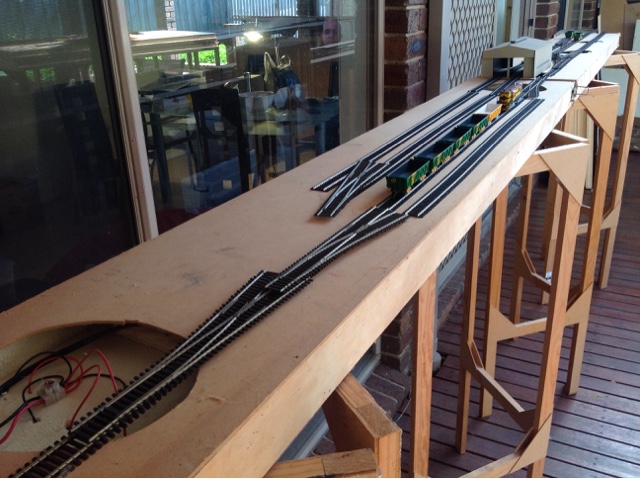 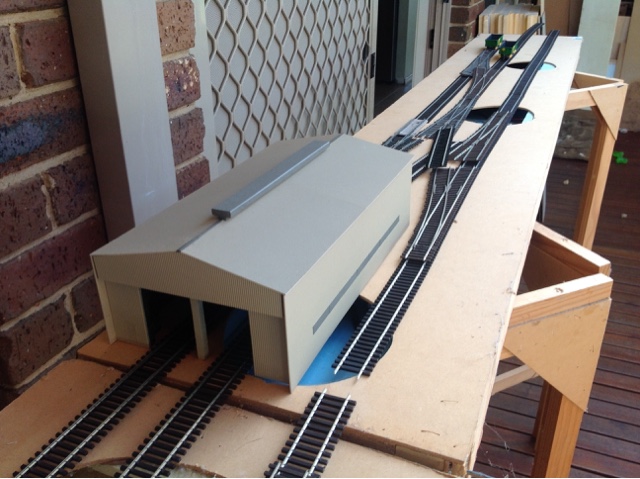 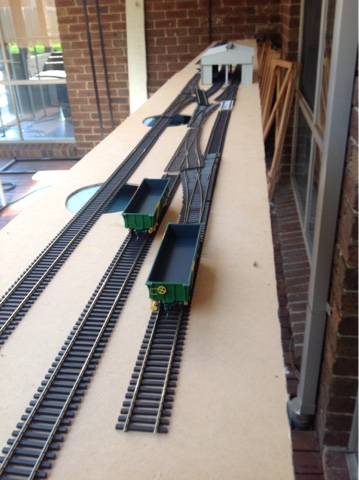