On request, here are some images of Cheakamus Canyon being exhibited at AMRA's Caulfield Model Railway Exhibition 2019

When you promise mates that you will build a layout of BCR only if the C40-8M come it in plastic, Well thanks to Rapido they produced the C40-8M, which meant I needed to create a layout.The scenery in British Columbia is astonishing, and the layout needed to have the maximum height.After much discussion between Dave Roger and myself, we selected locations that we would like to model.
There were many great locations, Seton Lake etc.
However a number of these locations which we were looking to model were situated in the Cheakamus Canyon.
The clincher was Cunningham’s cut bridge.
Dave has already built this bridge.  My job was to try and fit this into a layout that could be transported to an exhibition with Murray River Bridge’s staging – fiddle yard, to a 7’6” long 4’4” wide and 4’4” high trailer.
A foot print for the scenery sections was established.
Dave wanted the area to have very dramatic scenery, and thus we managed to stretch out to 4’ maximum height for each board.
It was realized that modelling one location with the river going down the canyon would be the best use of the available layout space.  Checkamus Canyon has just about all we wanted to model, and the scenery was “spectacular”
Dave completed the second big curved bridge, and Dave and Roger brought both bridges over to my place just before Christmas.
We plotted how we would install the bridges into the board “space”.
I built all three boards with a base, the track subroad bed, and incorporated a pelmet.
Dave has a space issue at his house, so only one board could be delivered at a time.
Dave worked on the rock work, and when complete, they were sent to Roger’s house for colourisation, and completion of the scenery.
When all three boards were complete, I recovered the boards.
Installed the lights under the pelmet, (LED battens lights).
Laid the track and installed the wiring, built board #4, this board will have the fourth bridge, the slip and the short tunnel.
Once completed, all three boards were delivered back to Roger”s where, Dave, Roger, Ross and myself completed the final details


Thanks go to Dave, Roger and Ross working together to get this all to completion in eight months.
Great job guys, you should be proud of a job well done. 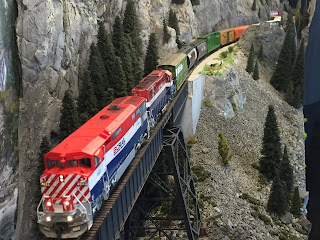 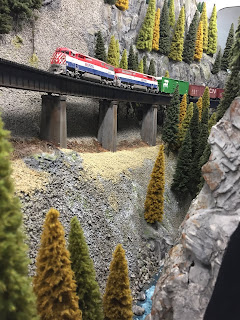 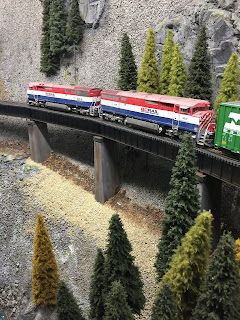 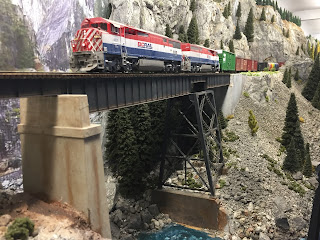 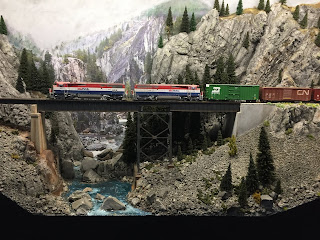 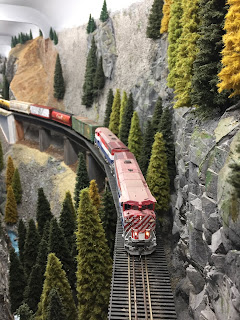 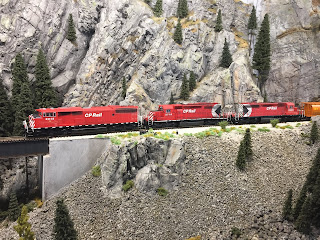 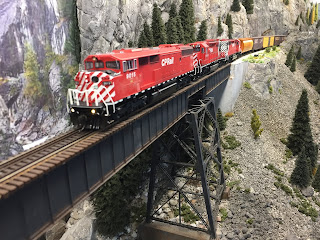 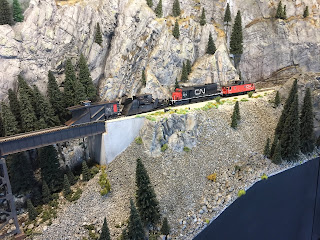 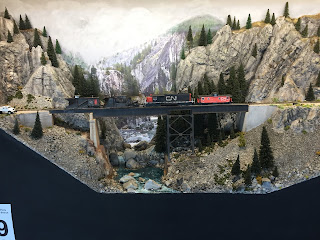 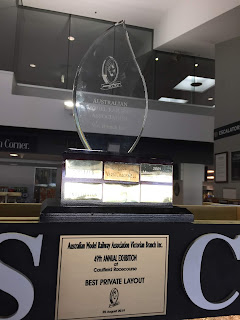