More research on the QRN train for Barcoola 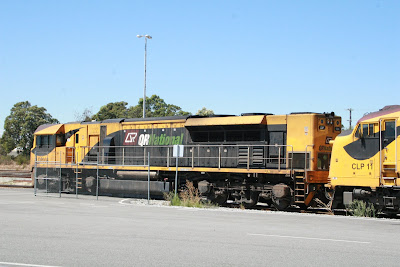 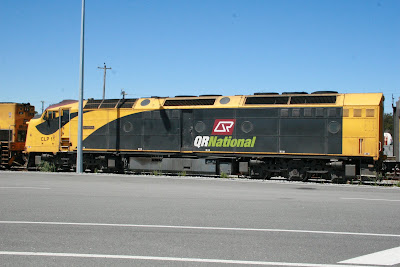 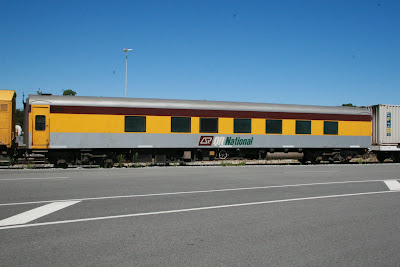 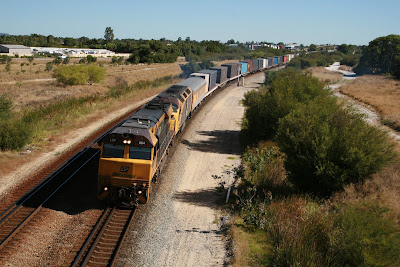 As you well know, the QRN train is one of the ultra modern trains we are looking at modelling. Previously QRN had a small parcel of land in Forrestfield, google earth it, you will see the old terminal shoe horned between the Gemco and the locomotive depot. Recently QRN have transfered to a much larger purpose built intermodal terminal, situated directly west of Forrestfield loco, the terminal basicly takes up part of the area that used to be the NG marshalling yard. Its a single line dead end terminal which is not long enough to take a full length train. More on this later. Anyway on Saturday arvo, we noticed a PM job ready to jump from PNs Kewdale yard, One Ghan NR and two vanillas. We though what the hell might as well get a shot while we are here. Going back to the yard we noticed that the QRN train had been assembled and a Crew transport van was parked next to the relay van, looked like the Crew were getting ready to go. We perched ourselves on an over pass, and got a shot of 7PM2? departing Forrestfield. Attached are some shots of the power, LDP4 and CLP11 and an ex VR spirit car, now converted into a relay van.

The next week on the first day back at work, I noticed said train in the loop, and sure enough there was LDP4 and CLP11, waiting to get into the yard.