The planets aligned and Glen and myself had the same weekend off, so we did a bit of old school railfanning.
Jon, tagged along, hope you are feeling better soon mate.

The following are some of the highlights not a blow by blow account.

Off first thing in the morning, Glen rang and said that a Grain train was running to Wolseley today. (thanks mate!)
On arrival, we noted that FQ04 had been relegated to Grain train duties, as with the remainder of the FQ class, their position on the sharp end of AD DA services seems to be taken over by the GWUs at this point. 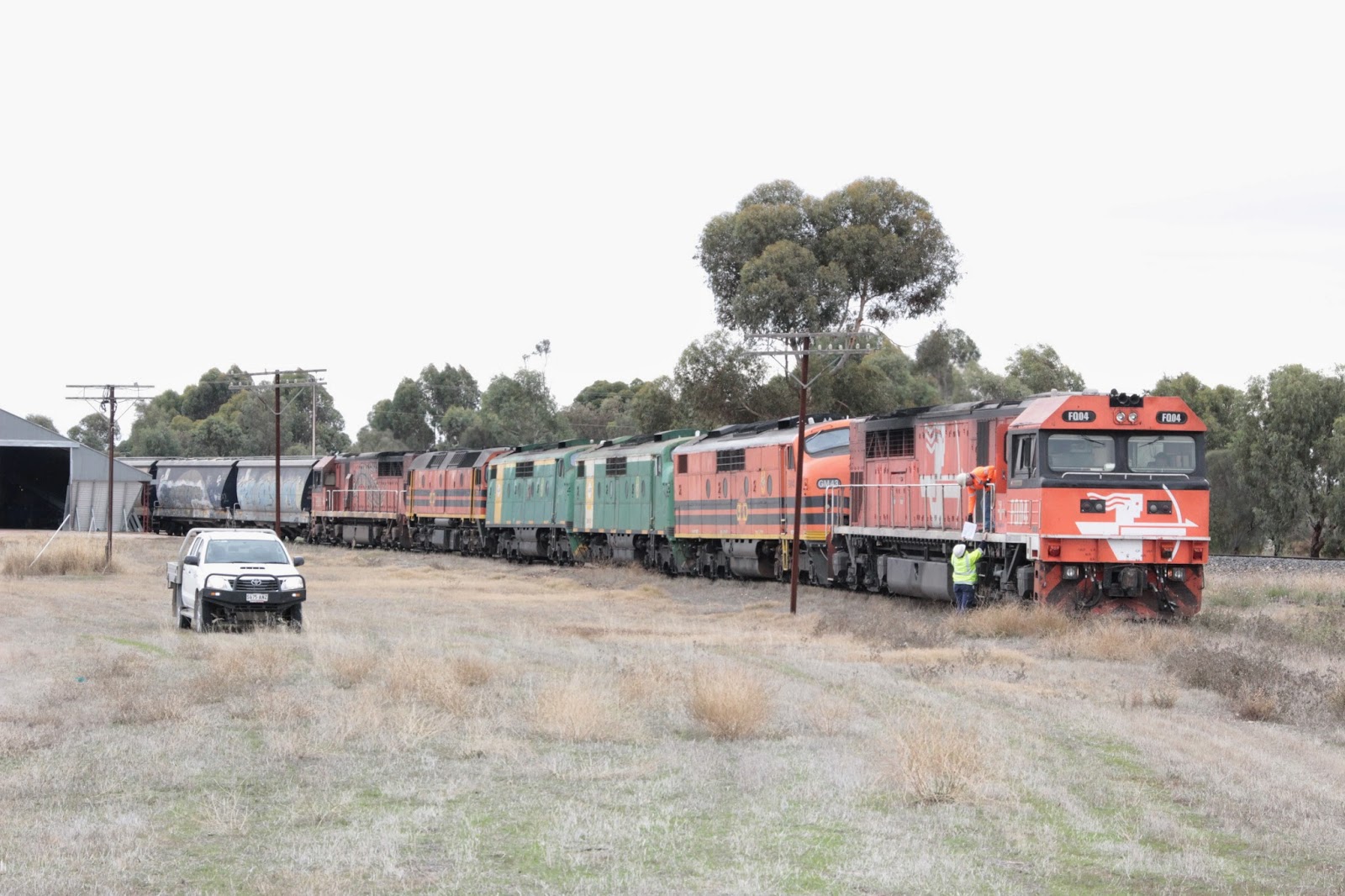 The paper work is never done!  GWA driver and the slio staff exchange of paperwork,  the siding is a little NQR as can bee seen by the angle of the GMs on this job, remember some track is not puuuufect!  FQ04 GM43 GM40 GM38 2216 FQ02.  The GMs are required for banking over the Adelaide hills, and instead of taking them off at Tailem Bend and the locos are kept on the train.  I assume this saves shunting and remarshalling at Tailem Bend in both directions. 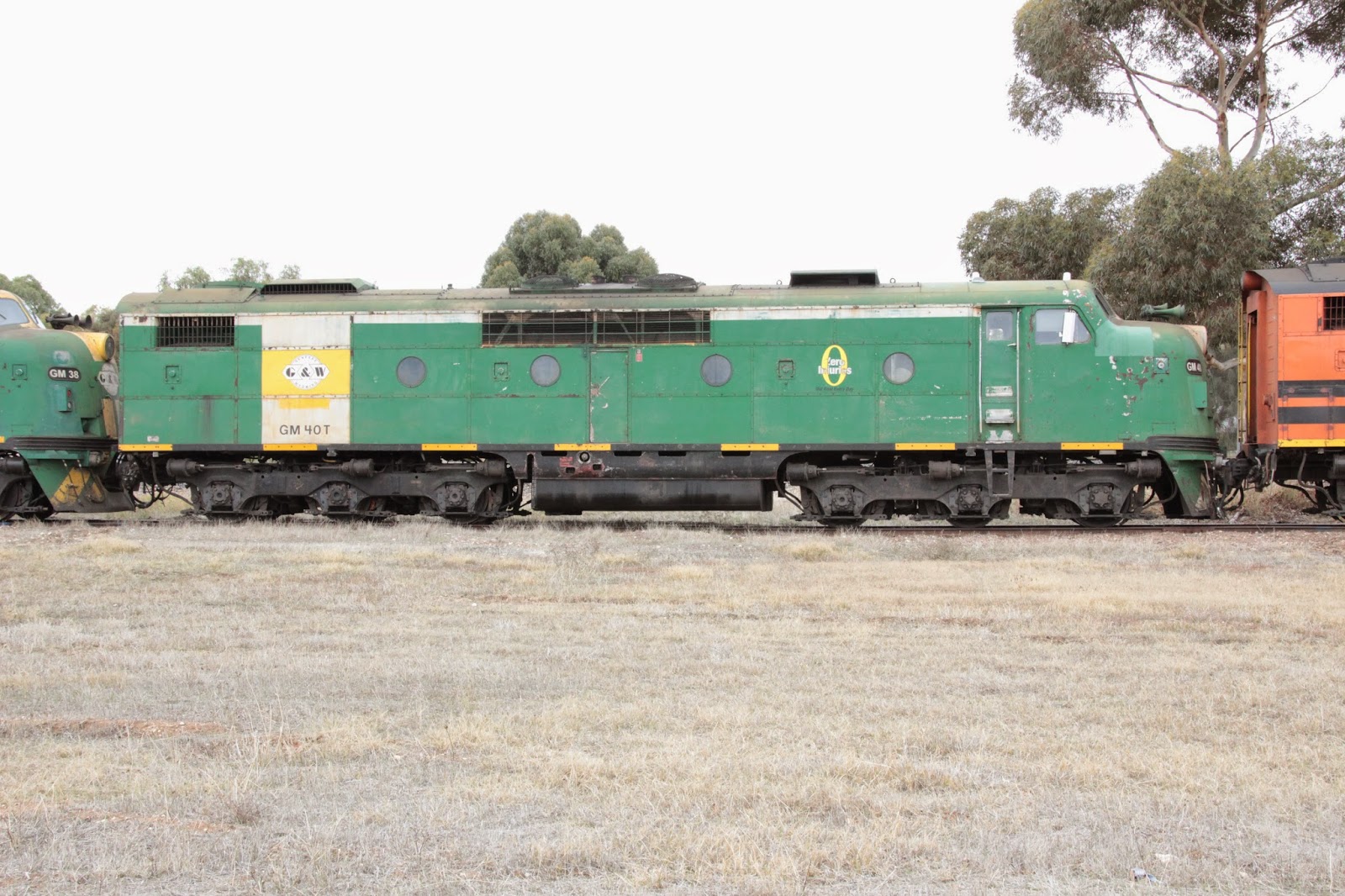 GM40 a war horse still giving its all, even if against a AC its a bit of a skin off a rice pudding problem. 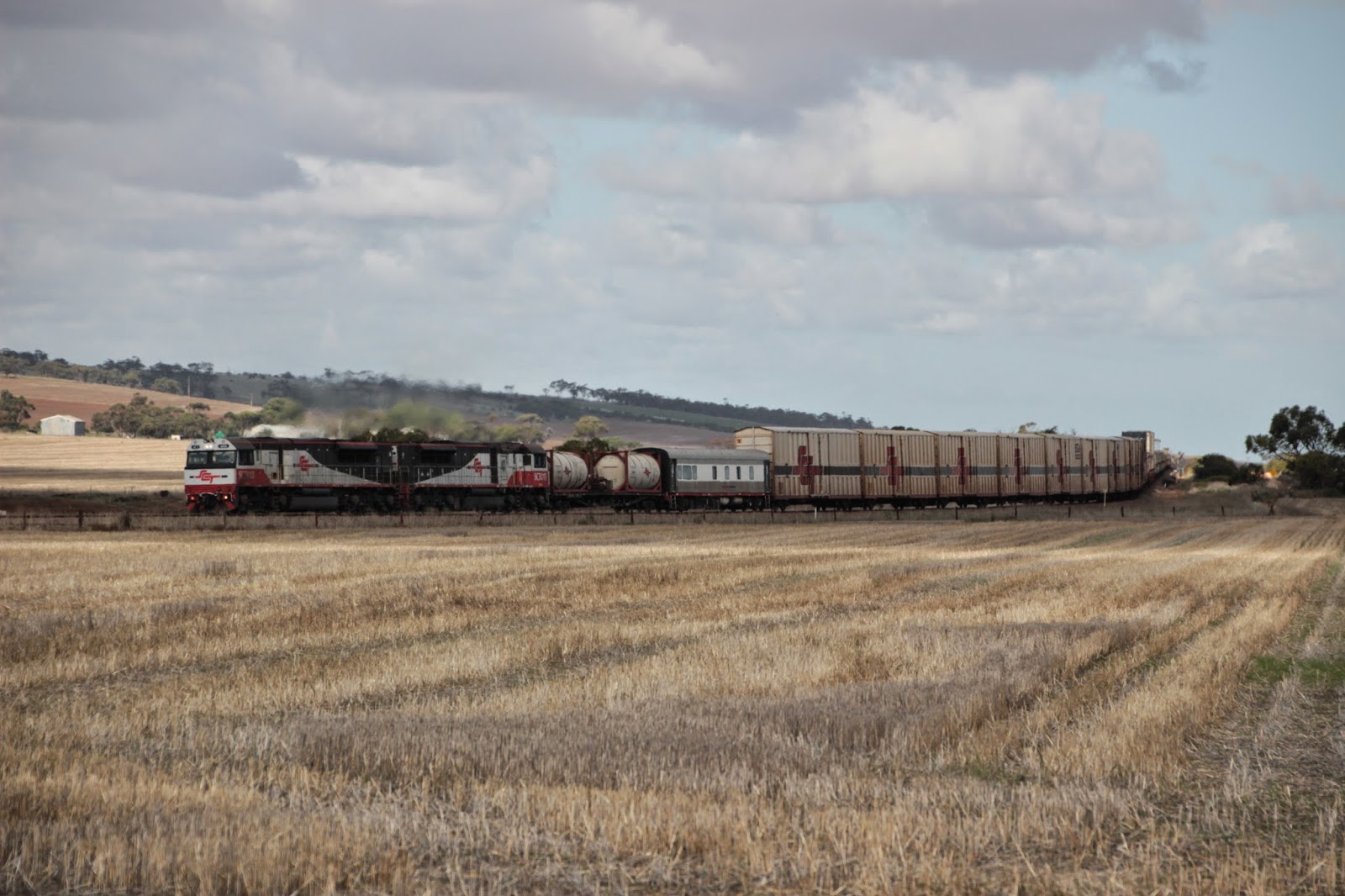 Jon's favourite train MP9, swinging around the curve at Nantawarra, get into it guys. 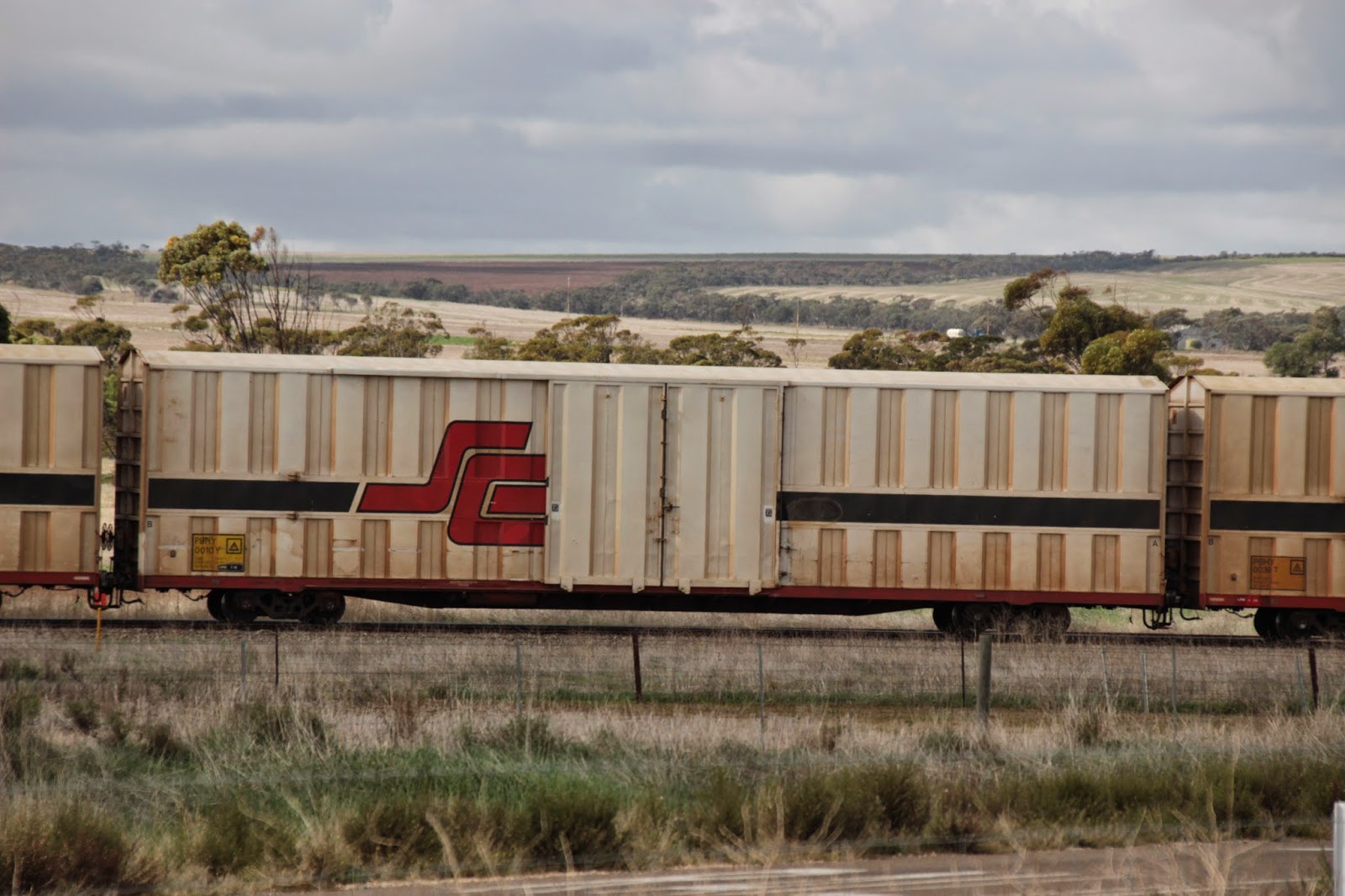 A van with new doors, model me! 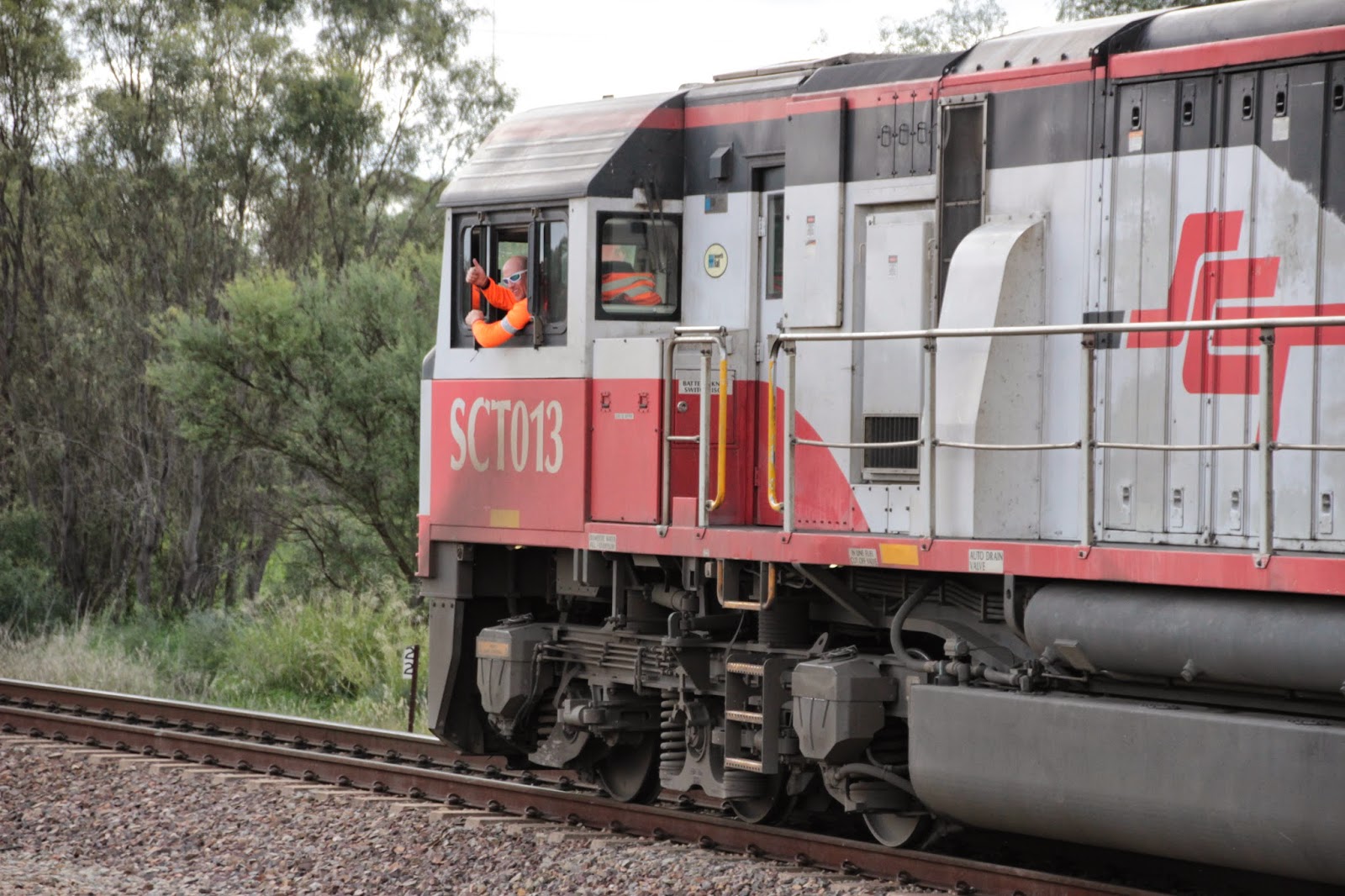 GWA driver, gives us the thumbs up, got to love your job! 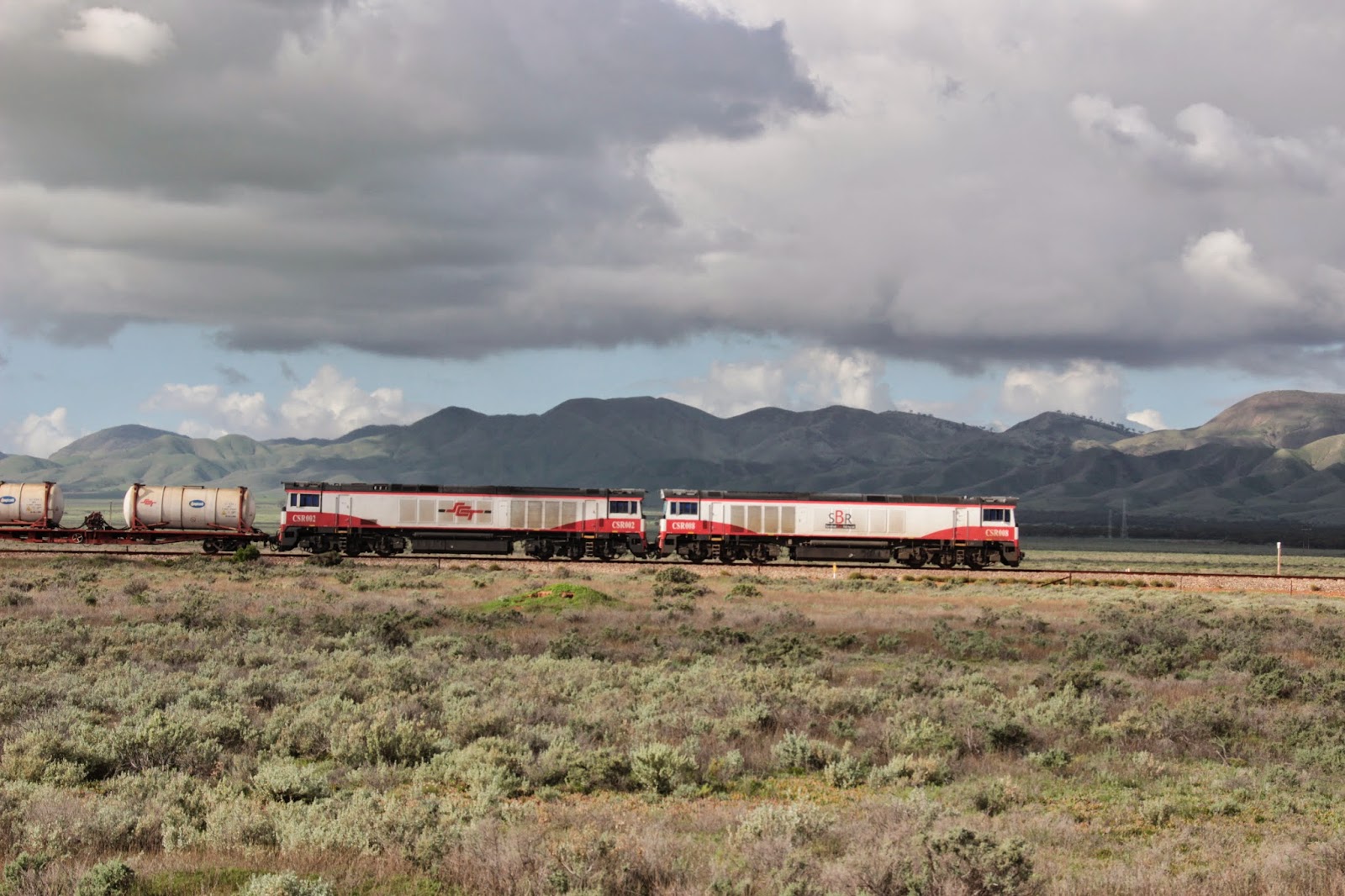 For the CSRs Jon your obsession is disturbing, Two cubes CSR002 and CSR008 on PM9, cosz we had too. 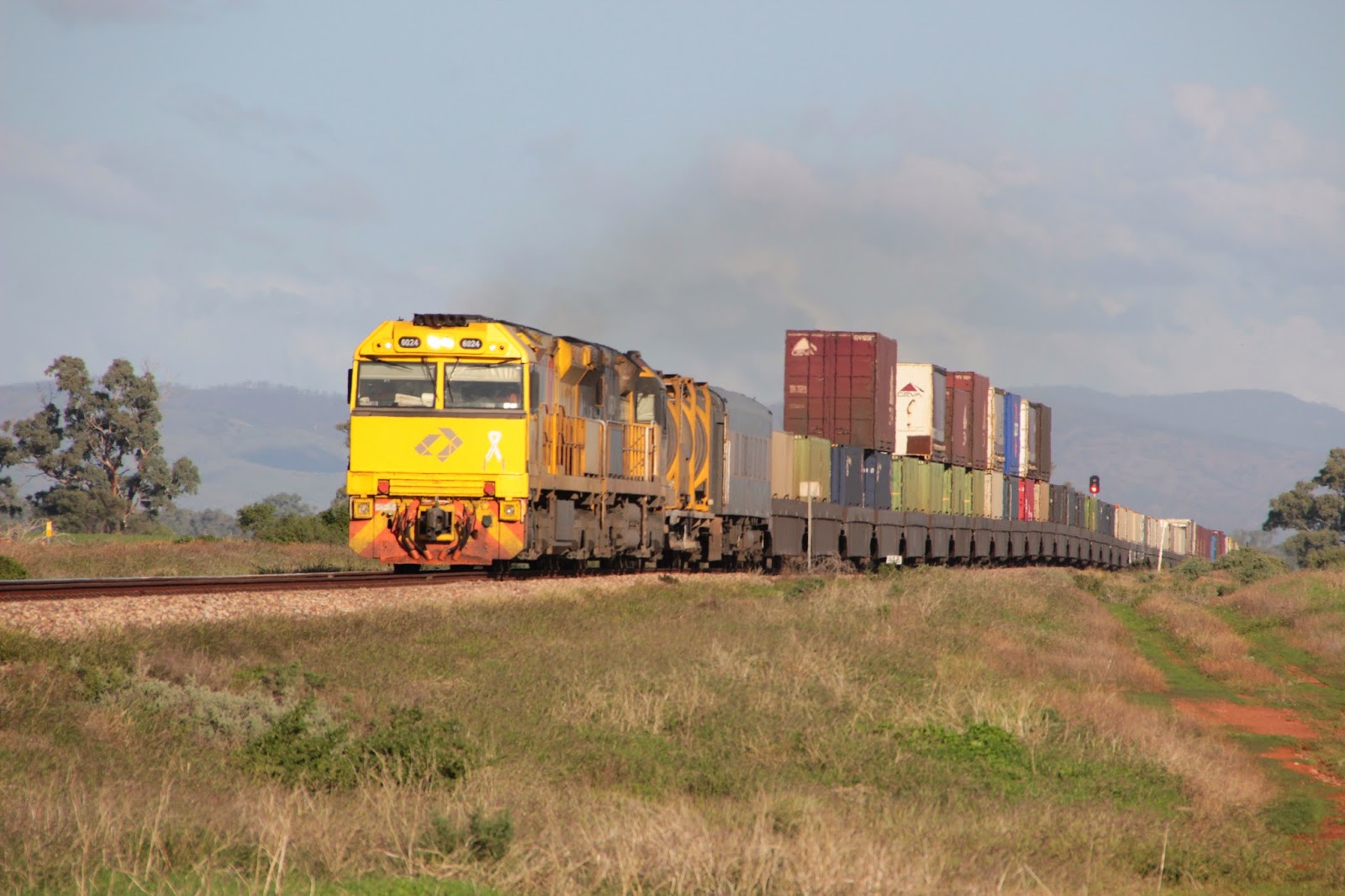 MP1, Aurizon job, 6024 and 6003 with healthy stacks up front, I find the Black eyes livery suits but the new livery is a little too, well way tooo "play skool" 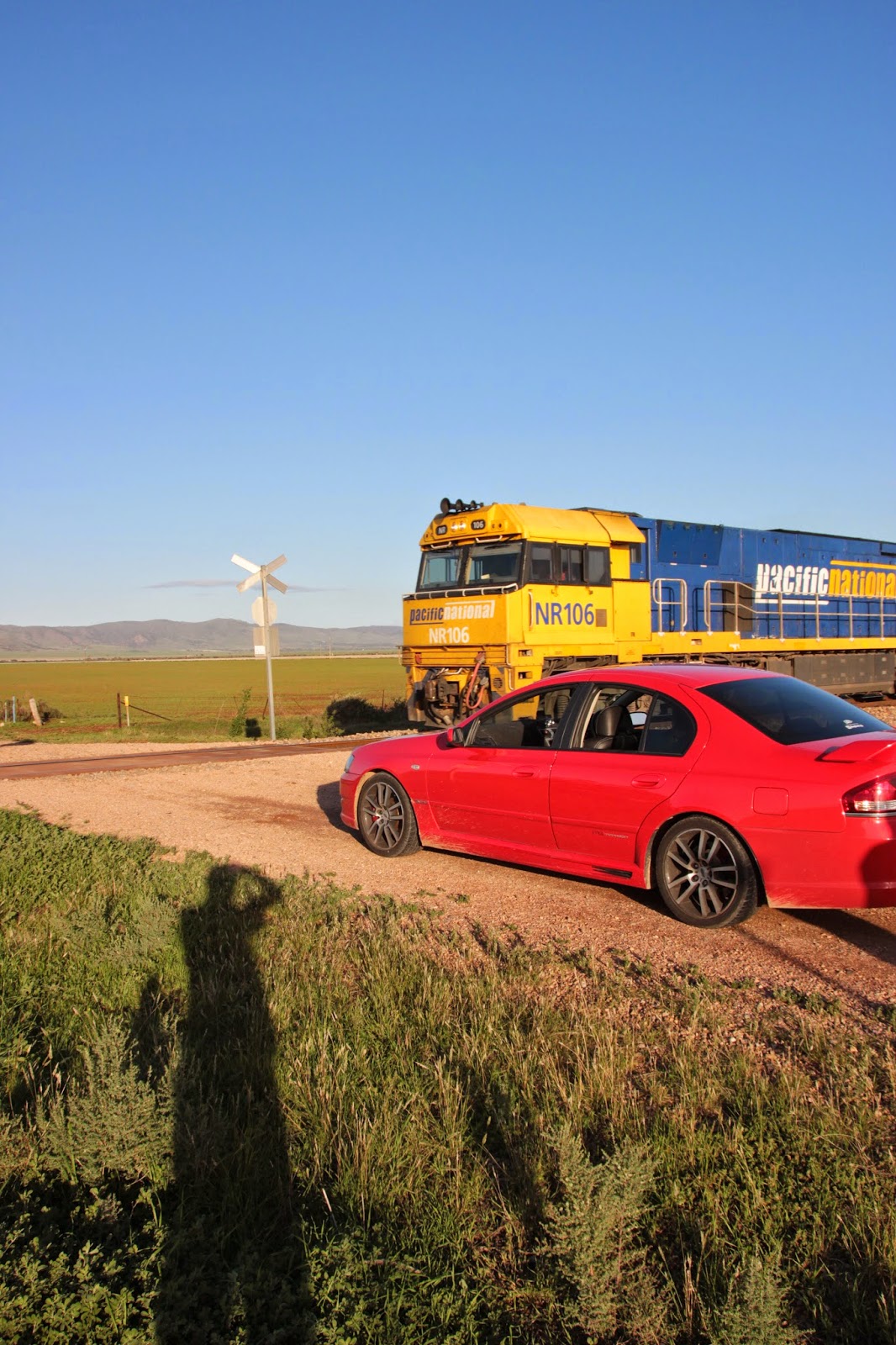 While waiting for the sugar cubes, we ended up with four crosses at Mambray Creek.  I got a "cross" shot. 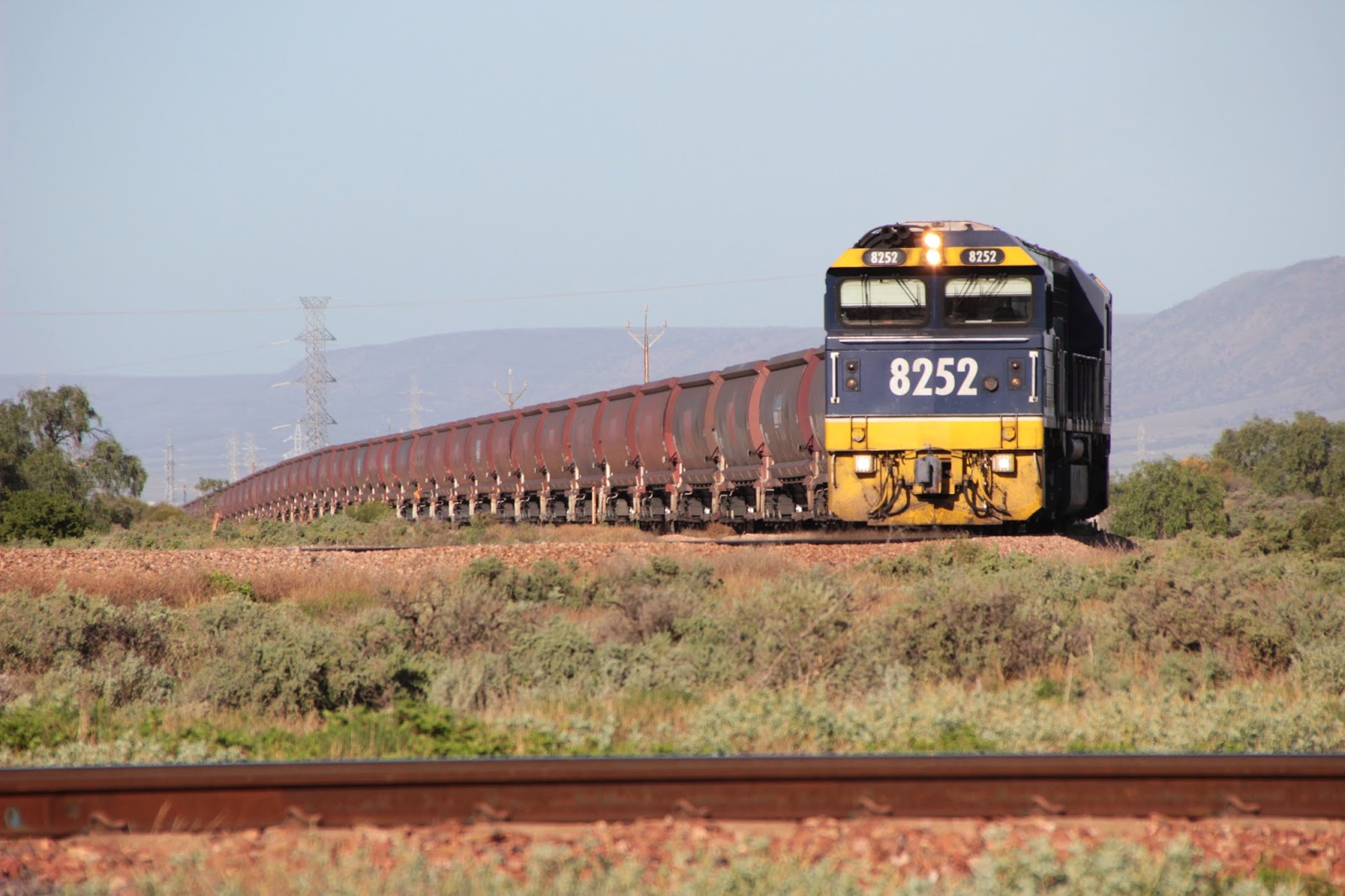 The coalie gnarling at the edges of Stirling North, waiting for the stick to cross the ARTC mainline. 8252 XRB560 8229 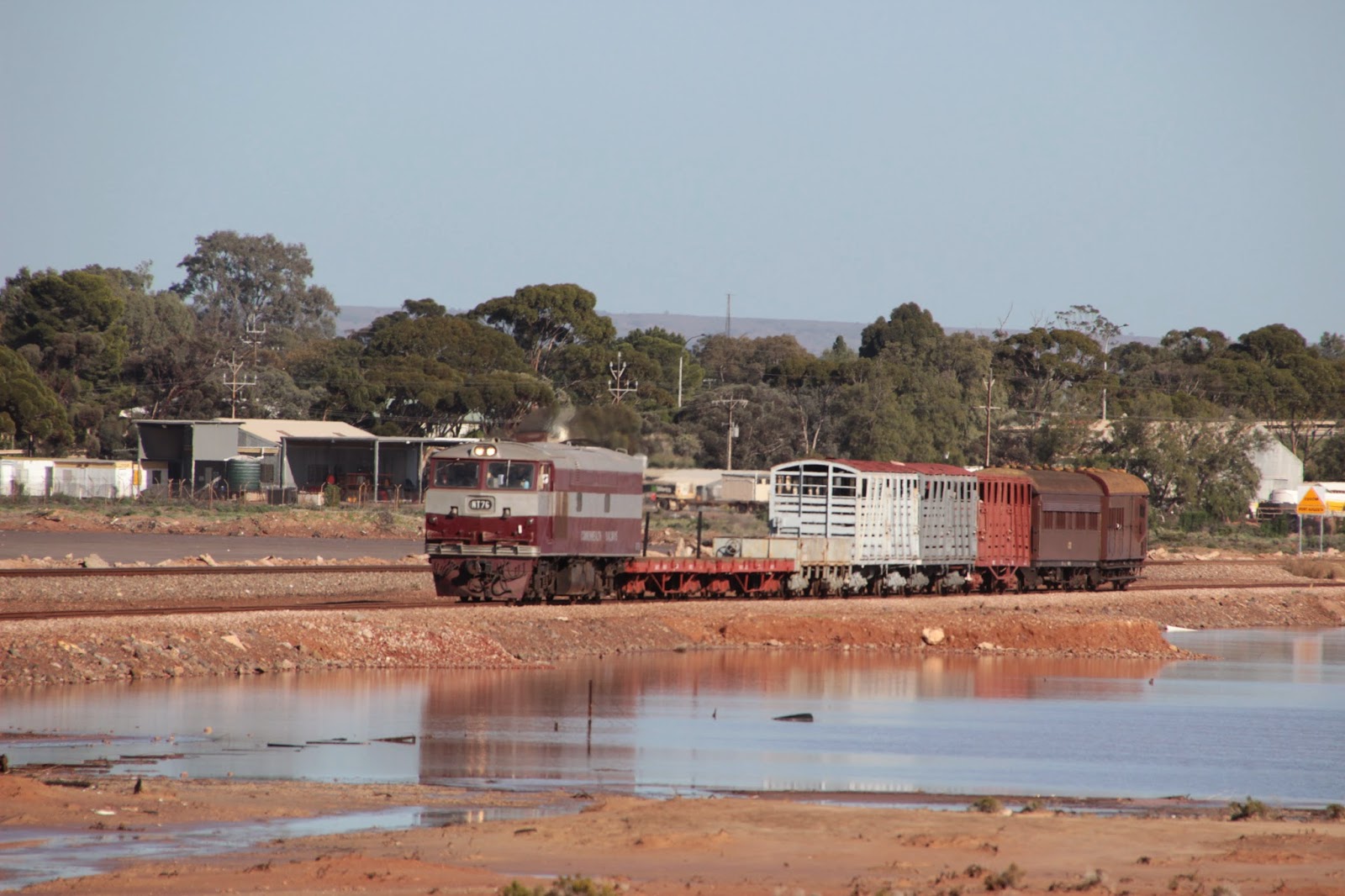 the one and only NT76, on a photo special at Lake Knockout, yes a photo freight! Could not believe our luck. 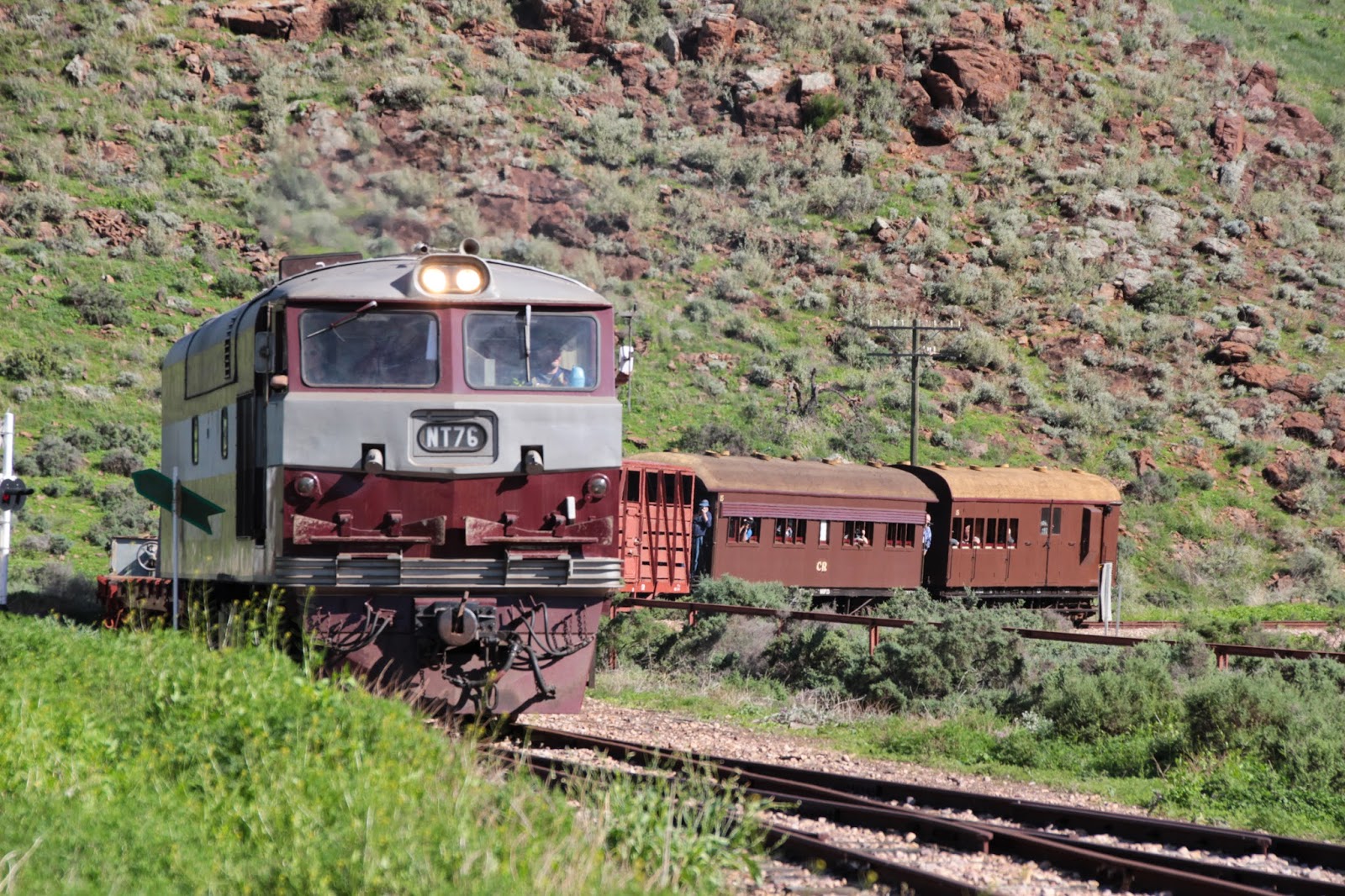 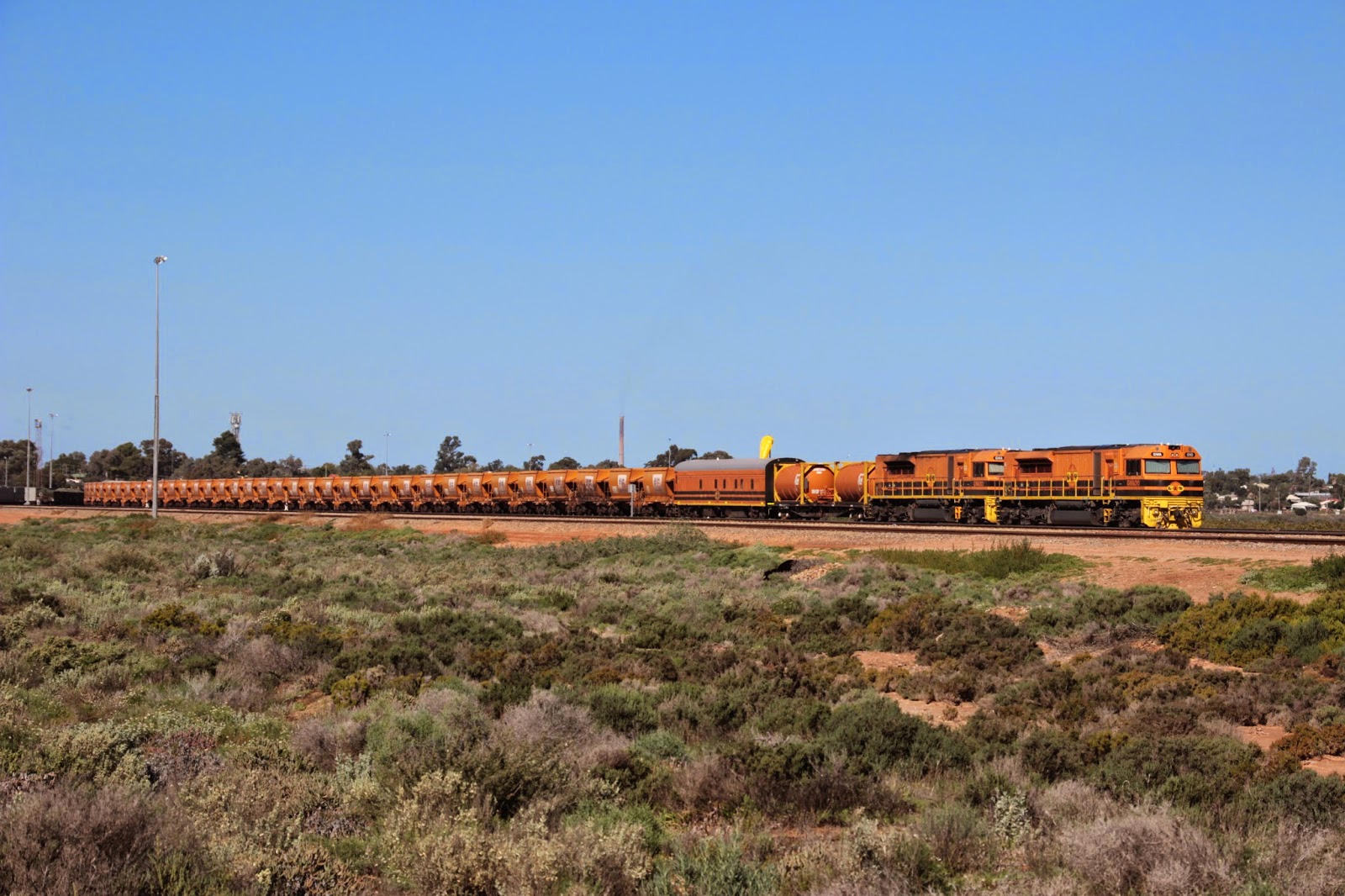 Empty Ore at Spencer Junction, This train spend the weekend stabled, the Southern Iron jobs are a regular GWA roster.  GWA010 and GWA003 bask in the winter light.  The relay van is an ex overland car with the stainless steel fluting removed. 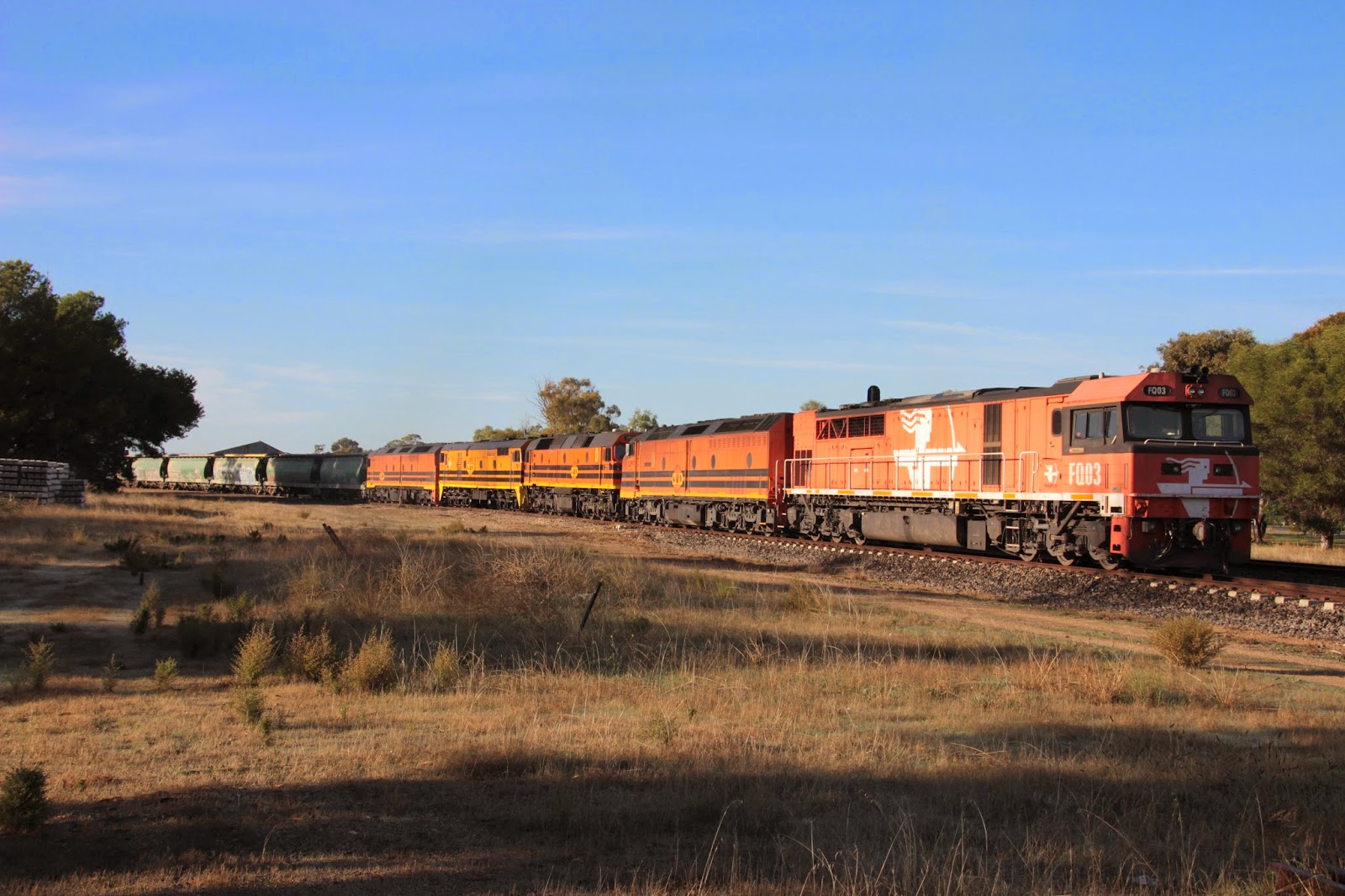 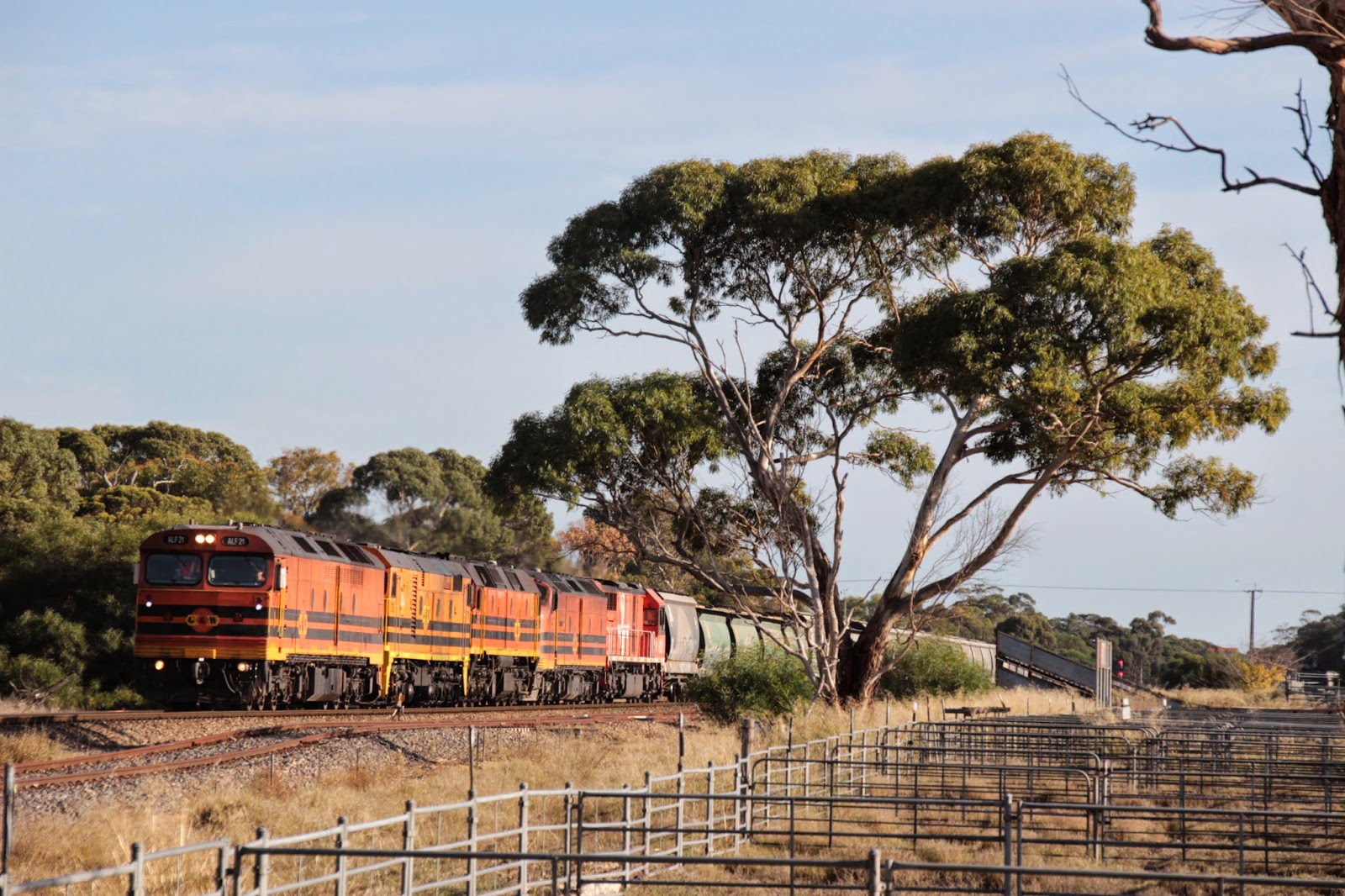 Shunting accomplished and everything in order, blasting through Keith, I got a pie at the local bakery for breaky around 09:00 you would thing that the Pies at the Bakery would be hot by now, but oh no..... 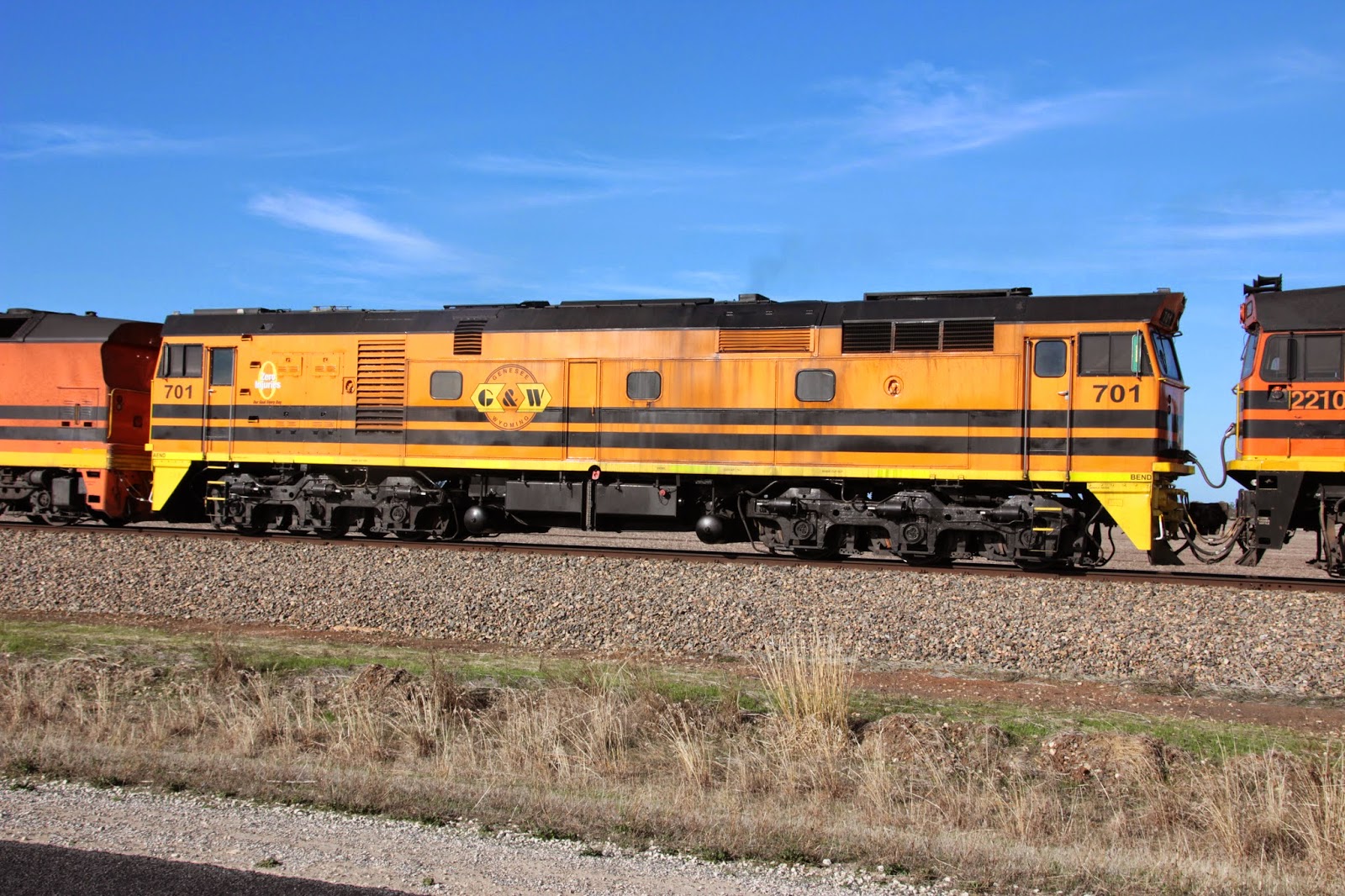 701 has already thrown up on itsself, I see a Barcoola weathering article in the future. 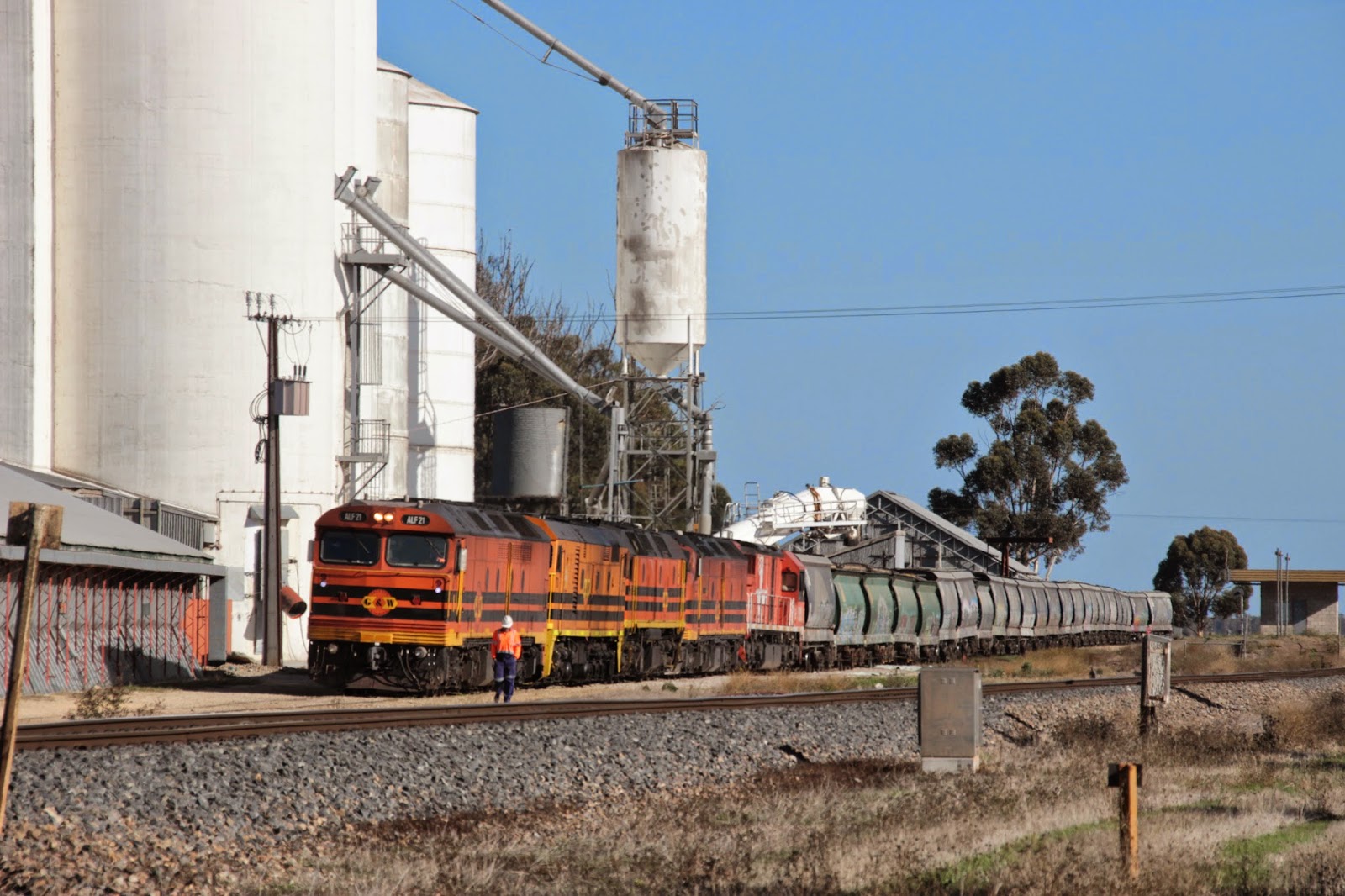 After discussing with the Silo staff, this crew has a slightly different way of loading than the crew earlier in the week.  For this crew, they decided to cut off, runaround, for the push back move. 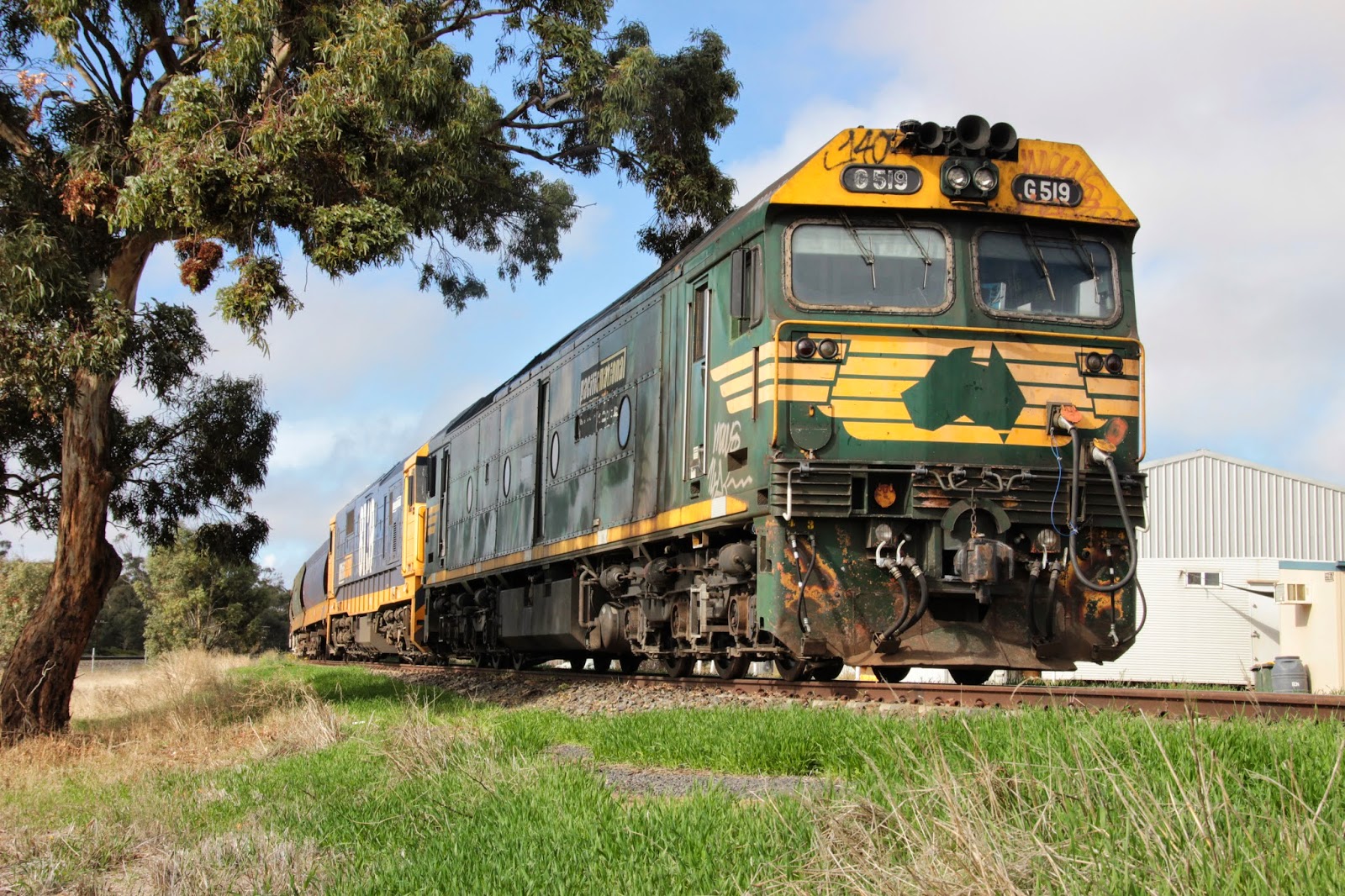 Dimboola silo a G class and an 81 class G519 and 8139 sit silent of the loader, waiting for the next operating session!  I thought it was interesting that the train was stowed this close to the loader, I guess that this is the best place to stow the train.  Would be an interesting model operation.  One crew gets it to the silo, shuts it down, locks it away.  Another crew, possibly a different session, kicks it in the guts, does the prep and loads.  There is a sign just near the loader, advising train crew to contact the site supervisor prior to proceeding past this point.  This would be an interesting modelling application.

To keep Lance happy, check out this grain wagon in the consist, some creative weathering is required. 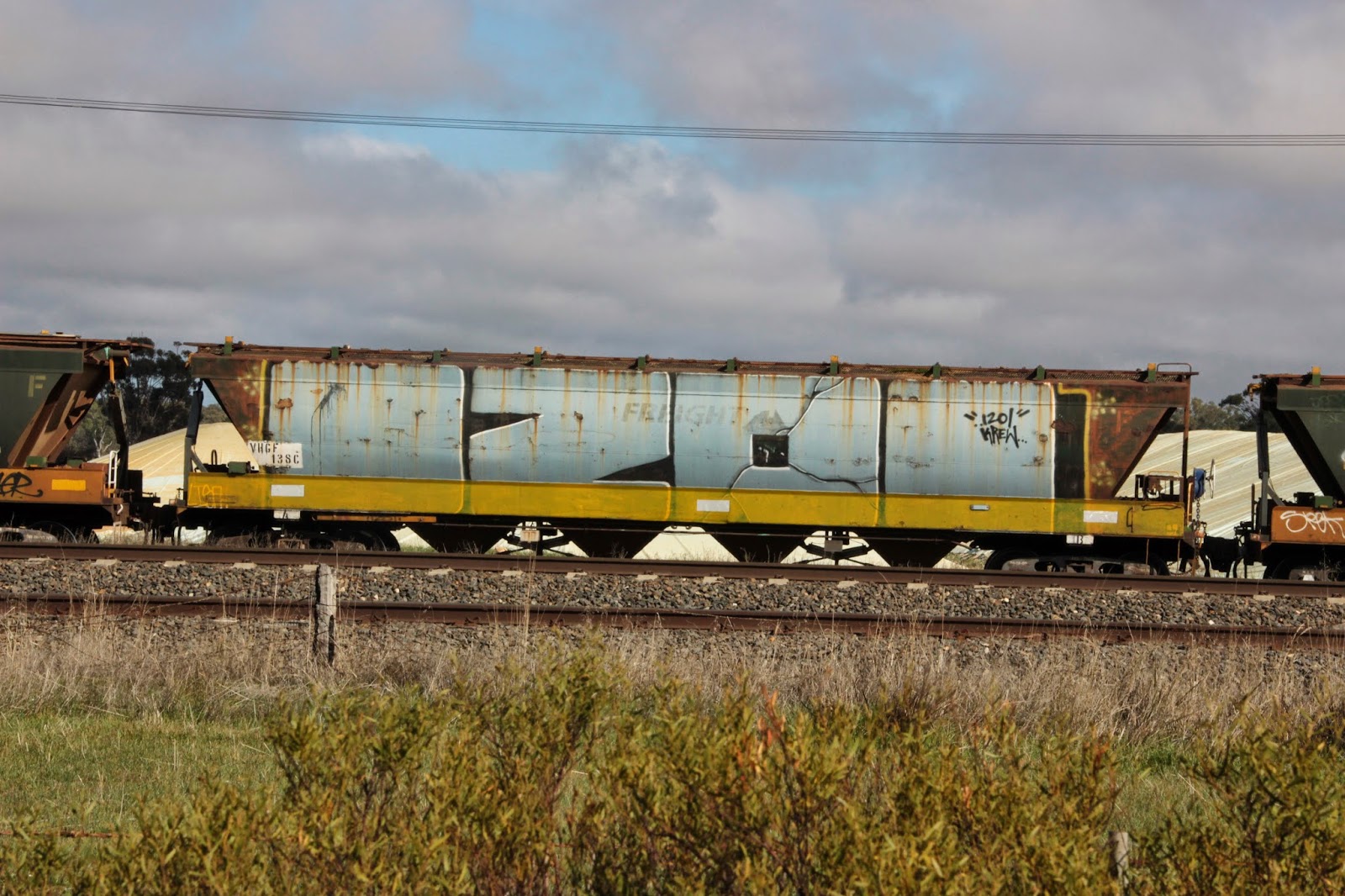 we had 36 hours of wheel time over four days, was really good to catch up and do some old school railfanning,

Have a good one.