While giving some thought to other small layouts to go with my airline transport concept.
The current foot print established and to fit in my current train room is, an L shaped layout, 17ft by 14" wide and a 8ft by 7" visible staging area.

One such concept is Andoom QLD, Andoom is the mine end of the Weipa based Comalco now Rio Tintos Bauxite hauling mining railway.

I found some videos on youtube, that might be of interest.
The first video is a promo of the operation in the mid to late 1970s, all in original livery.

There are good images and lots of modeling info on the Comalco railway operations in Weipa at:
David Heads railpage with shots of trains around 1983.
Toad Montgomerys page around 1995.

So here is an image of the loader.

here is a close up of the loader, from David heads site. 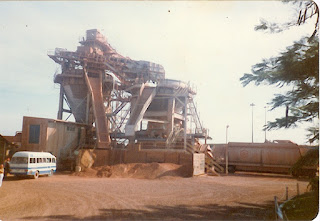 here is an image of the mine road over the line and the heavy equipment roll on roll off end loading siding.


Just down the road there is this smaller bridge.  I find that a bridge is a perfect visual block for a short yard.

An example of the bridge construction. 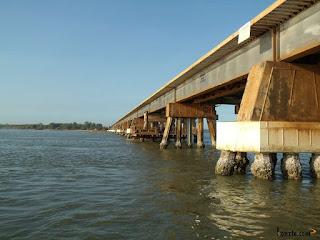 From David Heads webpage there is a track diagram of Andoom. 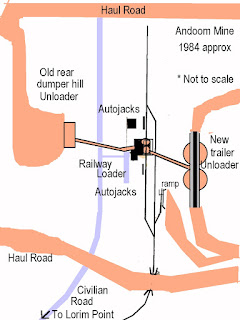 While the indexing arm is a great feature, I am not sure it needs to be modeled working.  Faithfully modeling the railway operations this way would require two rakes of wagons, thus double the  amount of rolling stock.  however you, could model it with the Autojacks being repaired, and introduce a more traditional loading pattern.

Having said that, here is a video of the "auto jacks" in action.

However there is another operational feature, the transportation of mining equipment from Andoom to Lorim Point, this seems to happen on a fairly regular basis.  Now this would be interesting if you added the ore operations as well. 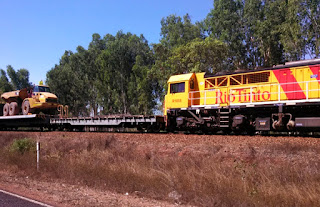 Here are some other pictures of haul packs around the mine. 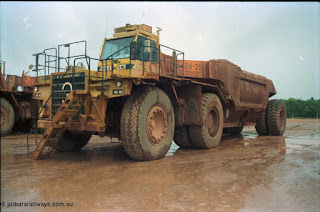 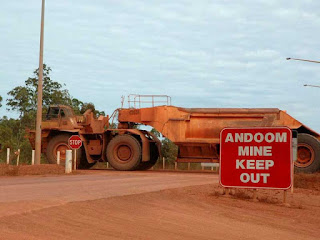 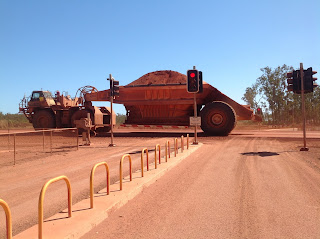 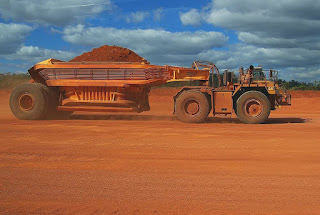 Here is some pictures of the two basic wagons types, from Toads page. 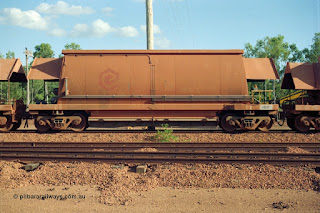 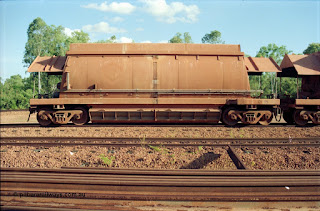 To keep the air up, some wagons are fitted with compressors and high capacity main reservoirs, 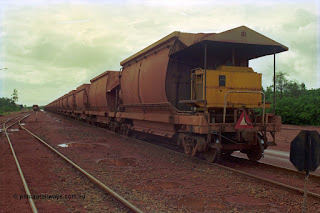 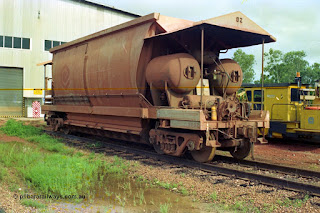 Another interesting feature is that you could model different eras, without the need to change the rolling stock, as the same ore wagons have been in operation since it started. 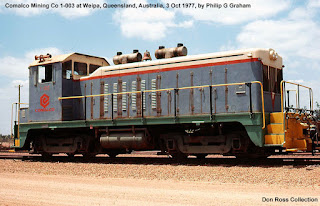 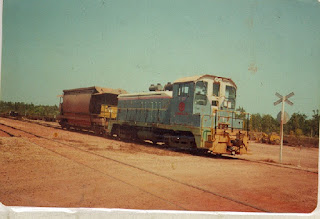 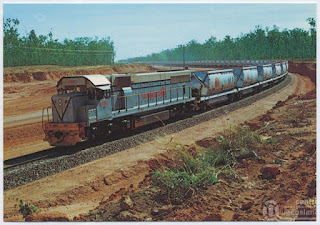 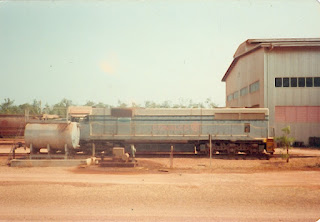 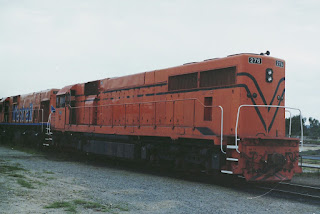 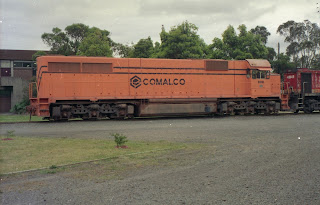 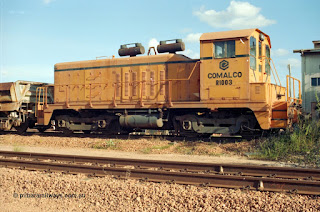 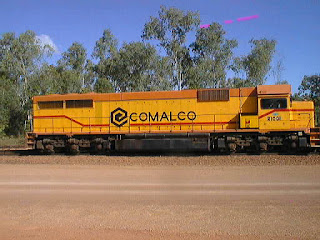 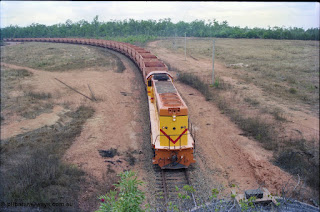 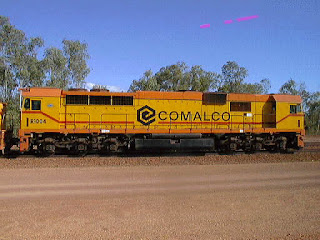 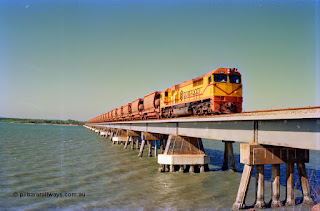 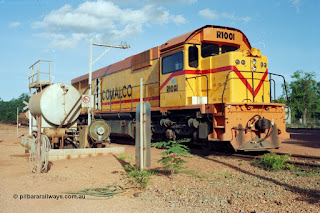 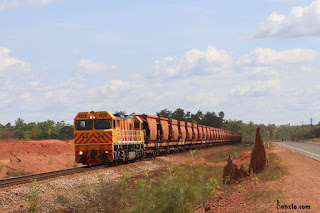 Time has not changed much around Andoom so you could easily get away with a quick era change.

One or two locomotives is all you need to model this operation.

Bridge just east of Andoom could be kit bashed from sections of the BLMA bridge.

Ore wagons could be kit bashed from an Auscision Coal hopper.  By removing the centre cell.

Locomotives,  R.1001 and R.1002.
Both Haskell and SRM make a model of the GT26C, however Haskell offer an undecorated model, and the Haskell model is 80 AUD cheaper, than the SRM.
You will also need a C class body, and Austrains has had this model in production for a long time, so you should be able to find this on Ebay no dramas.
R.1003 from a Kato model.  Retired model but you can still get them on Ebay no dramas.
R.1004, this again will be a kit bashing job, and an Auscision N class is a good start, again retired model at this time, but I am sure you can snaffle one, I published a post awhile back how to kit-bash one using an N class, parts from an SD50 - SD60 and the long hood from a On Track Models 82 class long hood, you can view that here.
R.1005 and R.1006, I have not contemplated it but it would be a fairly heavy kit bash of an On Track Models 82 class, noted this model is also listed as retired, but they are contemplating a re-run.

Anyhow, I hope this gives you a little inspiration to look at modeling a small slice of Northern Queensland.