Roger and Michael both arranged with me to have two operation sessions over the Queens Birthday weekend.  Roger's was on Sunday night and Michael's on Monday Arvo.

For the Sunday session, roger helped with the set up, and then when John and Katie turned up we got into it.  I ended up issuing 16 train orders, and everyone called it quits in about 4 hours.
This was John's first proper ops session, and it was goooood.

For the Monday session, I had three new operators, Dave, Steve and Michael's Dad Steve.
Michael and Jon are regulars.

Here are some pictures of the layout in pre session configuration (the calm before the storm). 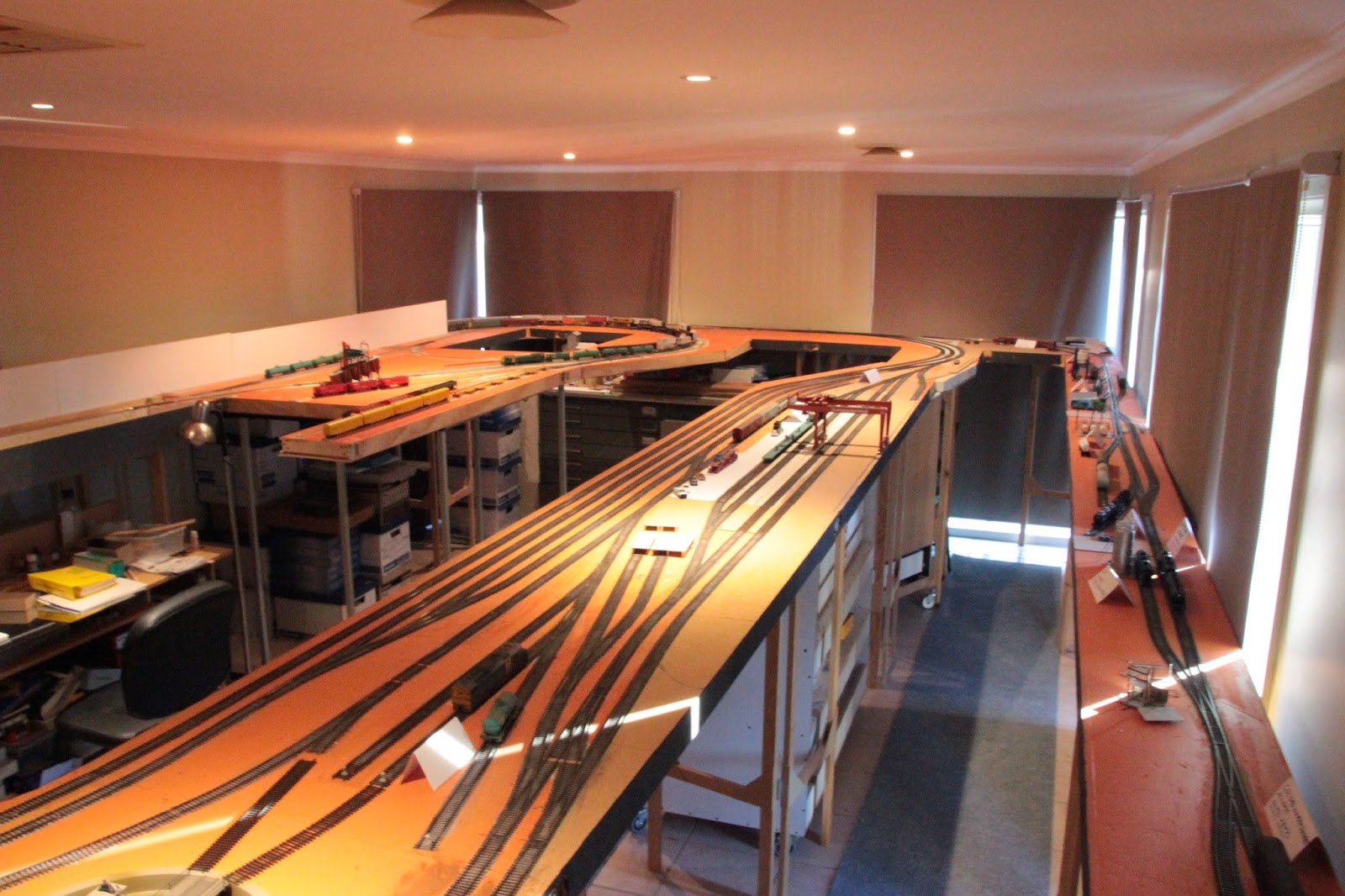 I added a couple of new ops rules, this included:
For any movements passed the south end signals, permission is required from the Station master, who will set the sticks and points.  I initiated train order workings as per real life between Barcoola - Bow Creek and Alice Springs.  Note the train control desk to the left, I issued another 17 orders on this day. 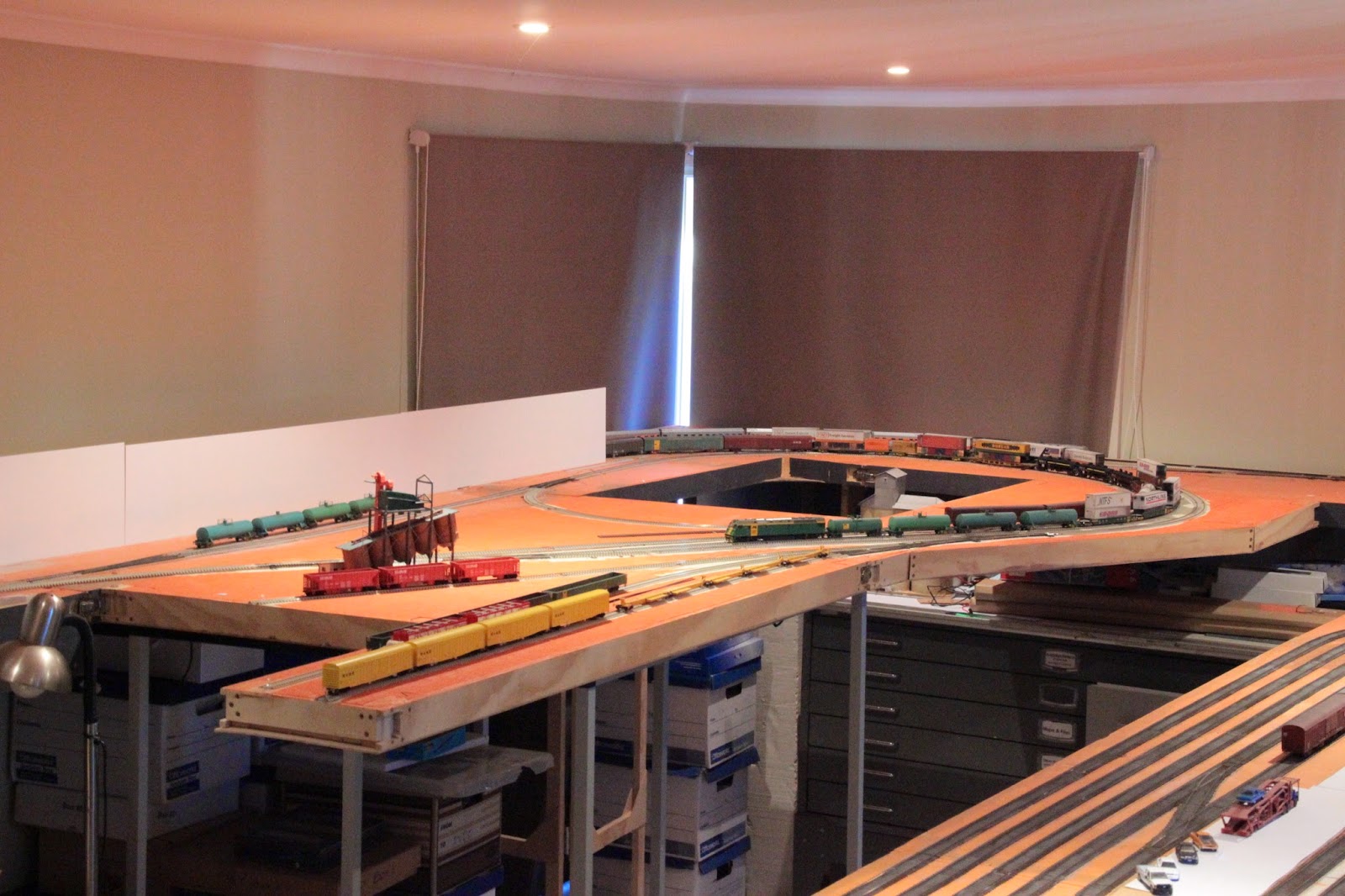 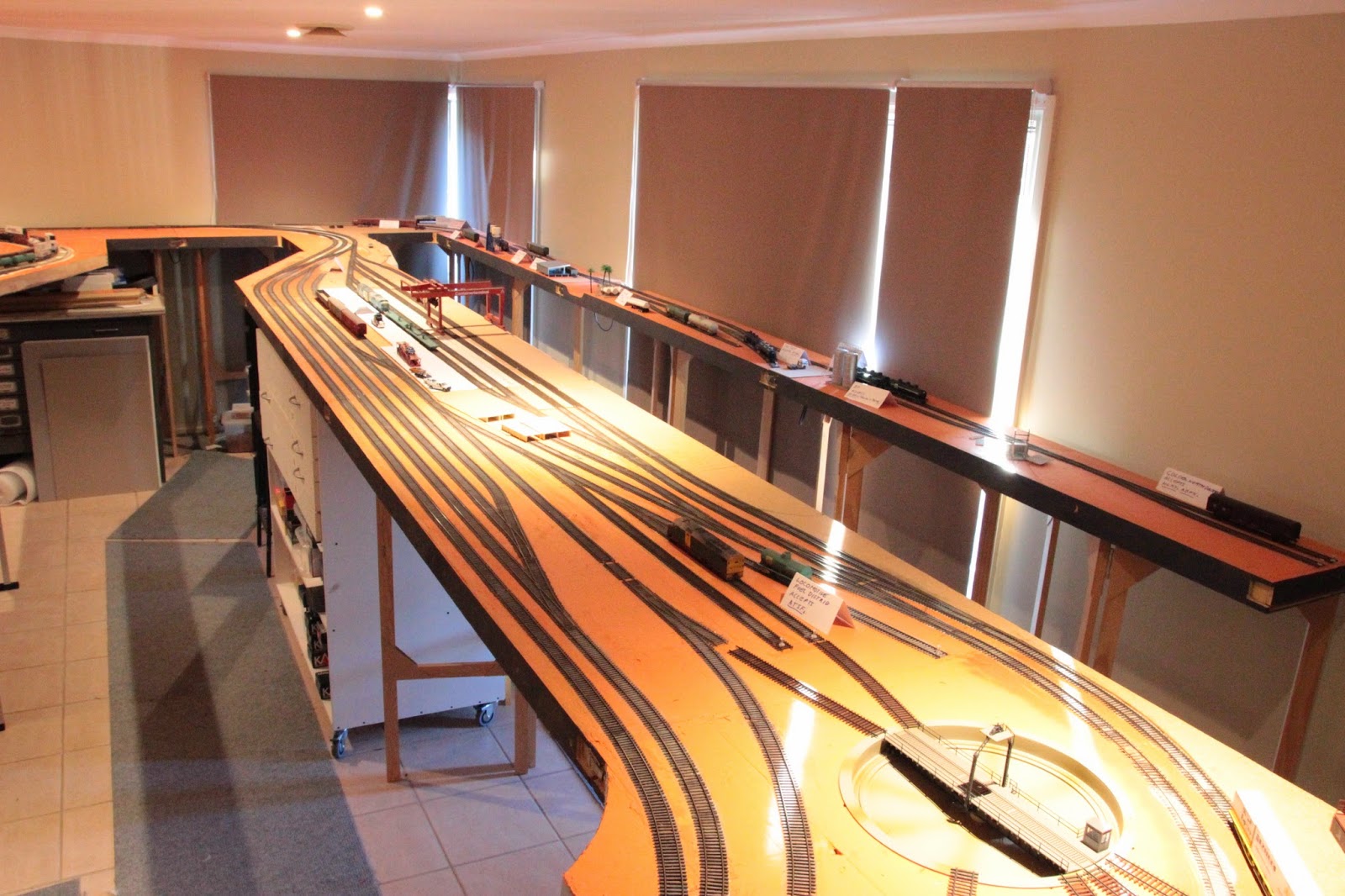 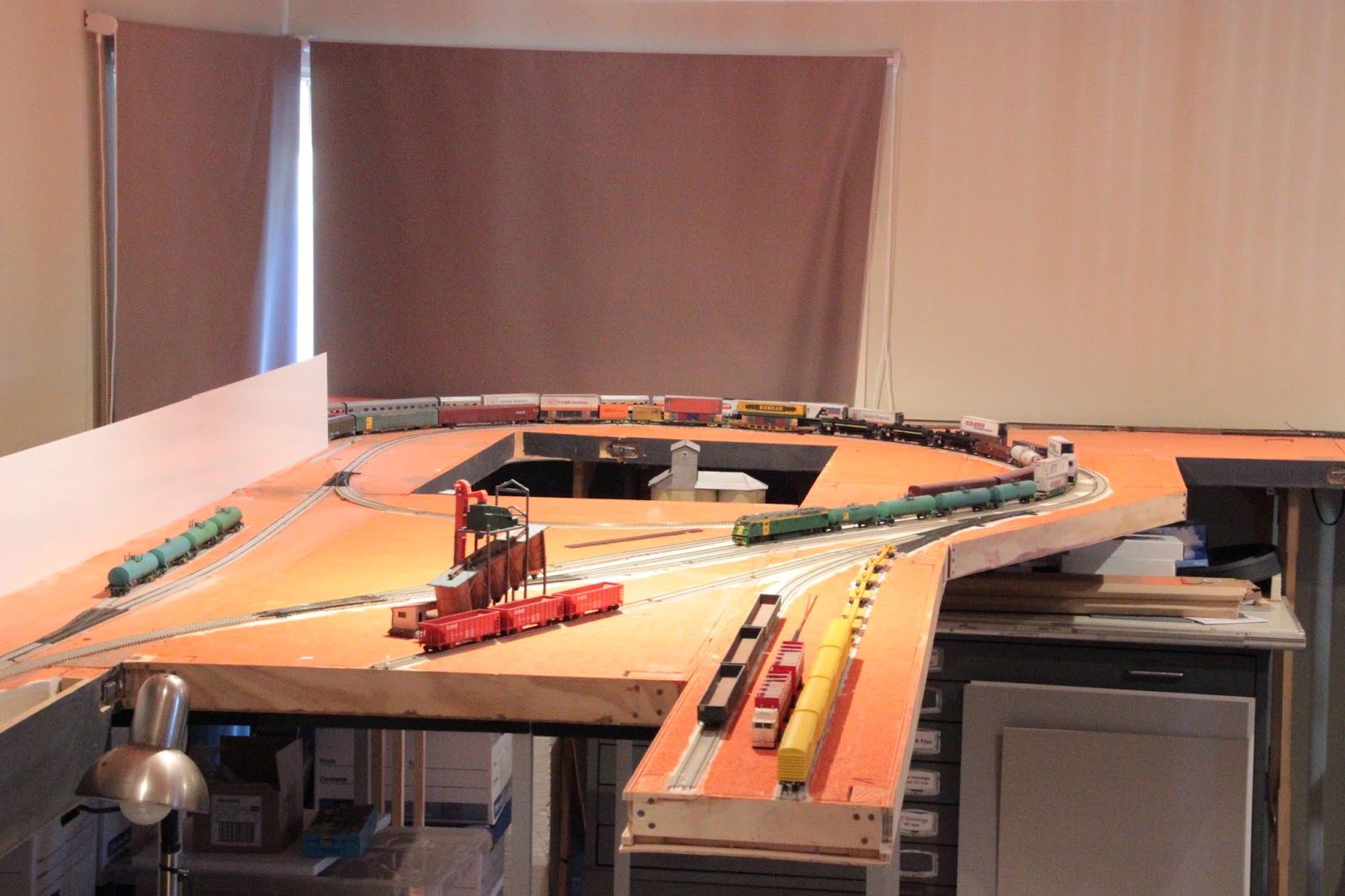 Here is a shot of the ops session in full swing, both Steves (right of picture) worked the industrial branch, from the get go, they seemed to work really well together.  Was good to watchem work out a plan before making a movement.  They stuck to  the LAPs and one did the loco driving the other did all the ground work and used the yard ute. 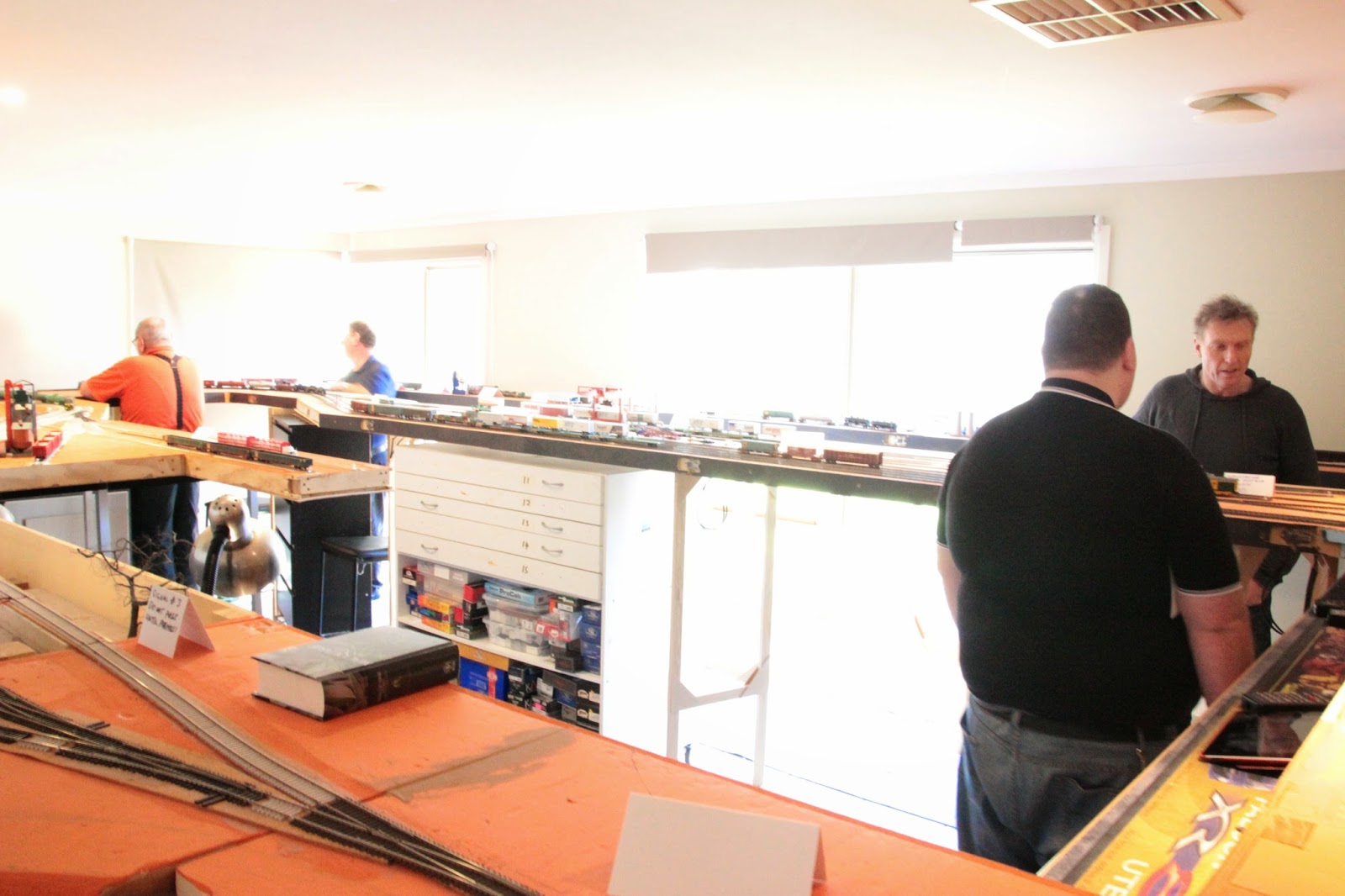 Dave and Michael worked the other crew, same process one driving the loco the other ground ops.  For Dave this was his first real ops session, and at the end of the session he was pumped, looks like we have a convert!  Dave models DRG&W in the tunnel motor era, and you could almost see the cogs turning in his head after this session.

So another successful ops session with almost a completely new crew.  I must be doing something right!

BTW I have just got a shipment of SDSs AQCXs and Aucsisions WBAXs so expect a review blog real soon now.