So I fiddled with a new plan for the proposed house, the dedicated train room, would be 37ft by 49ft.
This is not exact it might be smaller than that, but the concept centres around Port Augusta.
However there is an area dedicated to future layout construction, defined by a dashed line.  thus I could take down Alice Springs and then build a layout, such as Murray River Bridge while the rest of the Port Augusta layout will still be fully operational.

The concept is also to have the most distance possible between loops, which makes train orders work properly.

There is a staircase from the top story, that will land in the middle of the layout.

The work area will have access to the outside via a roller door.

There is no duck under, at any point of the layout.
Staging is under Tarcoola, 10 tracks, with a clearance of 26ft train lengths.

Anyway concept one is out.

Here is a video

No doubt it won't be the last. 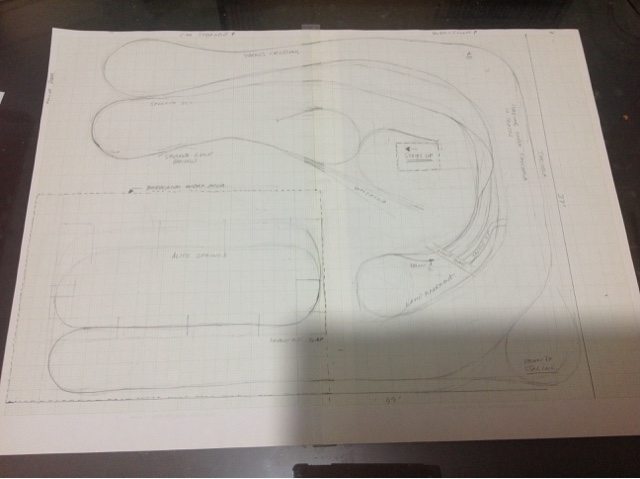