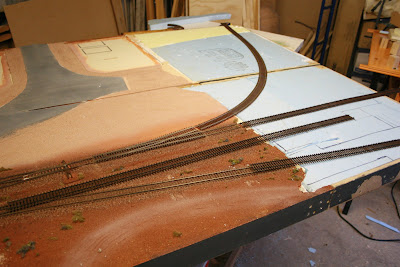 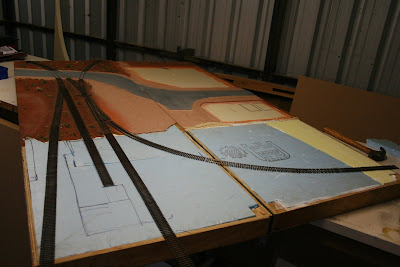 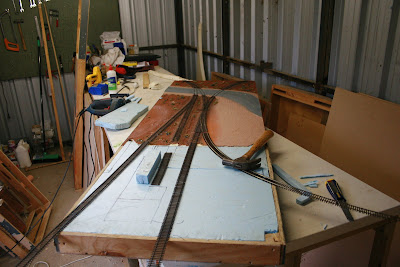 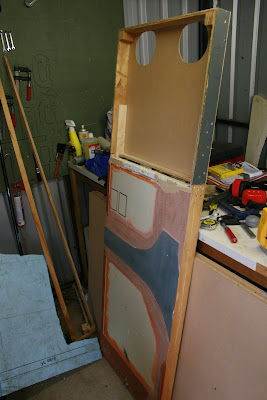 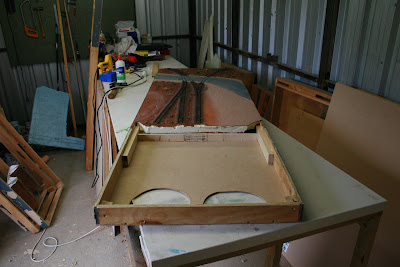 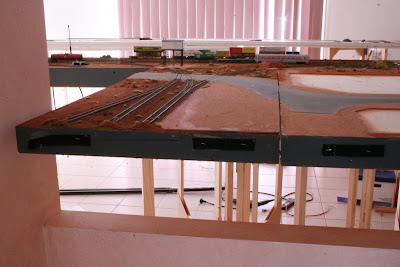 Hi All
The xmas present for the HO scale people of Barcoola is an extension to the township, 2 ft extensions were added to both the triangle boards.

Both boards had to have the ends disassembled, I used sections of 12mm ply cut from the old bridge board as it was the same width as the triangle boards.

The extensions will include a Goods shed and end loading, The east end of the yard already has end loading facilities but facing the opposite way. Some yards had two end platforms to dispatch equipment east or west as needs required.

Other addtions will be a siding that goes across the dirt road to Barcoola heights, and the new mining facility. The new siding will serve, the BP fuel distribution facility. The real Tarcoola has a Shell Service station, but I just don't like Shell due to their lack of a good 98 fuel.

The same siding will include a temporary cement siding, thus loadings will use the one track to deliver to the fuel facility and the Cement.

Attached are some construction shots, of the rebuilt boards.