Its been awhile since I last visited the Pilbara Region of Western Australia, and in that time a lot as changed.
The BHP main is now double tracked up to the 281 KM post, and the Yandi branch is also double tracked.
The Bastion for the Lode has been passed from the Dash-8s to the SD70ACe.
Train configurations are for three SD70ACes and one Dash-8 per train, this is due to the weight of each ore car now going up to 148 tonnes.  still Two by Two.  However these is mutterings of banking the Chichester (again), so standby on that one. 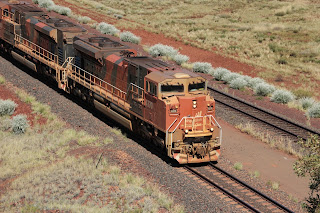 A detail shot of a standard BHP SD70ACe 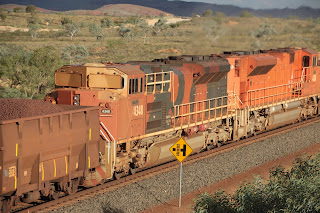 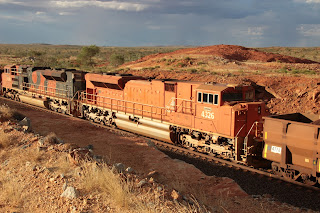 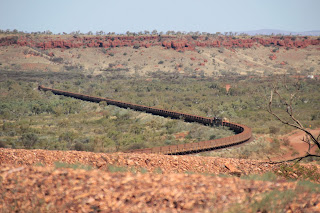 A shot of the famous curve from on top of the new deviation access road, this is designated the east track and at this time carries all the empty trains. 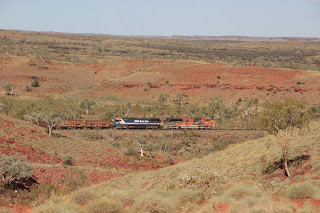 Bracked by the Pilbara desert, a clear example of the Bunnings livery turning into camo.  This is why the BHP Iorn Ore livery stood out. 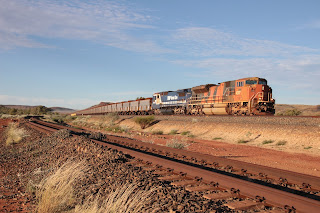 If you like modeling derelict track, BHP is the operation for you.  In the process of double tracking in certain sections the original mainline was abandoned, here is an example of such. 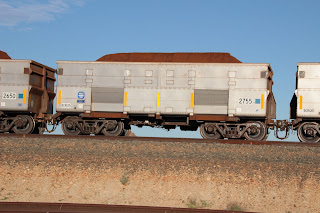 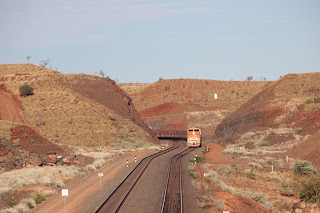 Some of the problems with Double tracking at not as obvious as it first seems, however I think this shot is a good illustration of how this section was double tracked, interesting Modeling possibility. 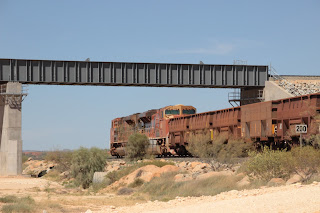 FMGs Solomon mine branch bridge over the BHP main 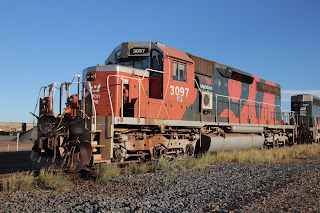 Introduced with great fan fare in mid 2000's, the SD40 and SD40-2s was a stop gap, that only BHP seemed to needed.  Now wait their fate in Bing, some SD40s are fitted with ATP, and are relegated to work trains. 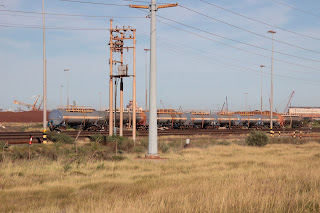 A very interesting movement of Fuel still occurs between Nelson Point to Newman, here a set of tankers, in Nelson point yard.  Operations of this train are currently held down by a single SD70ACe.

If I am honest, I would still look at modeling BHP just prior to the Bunnings livery, the camo livery still does  nothing for me.  This does not mean that I don't have an SD70ACe!