Barcoola bridge board is no more 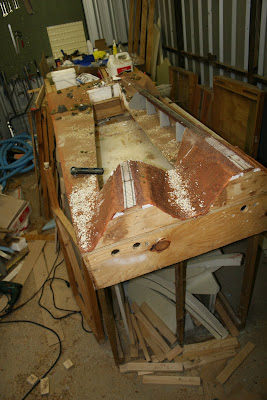 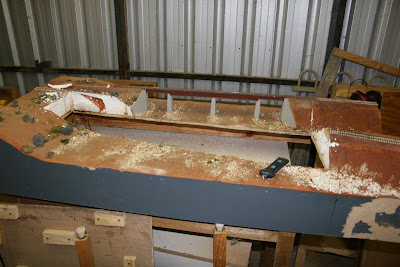 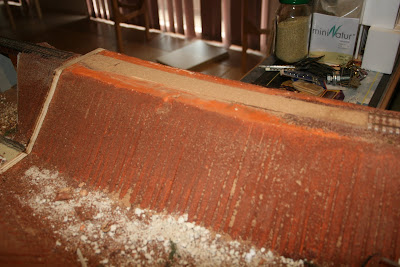 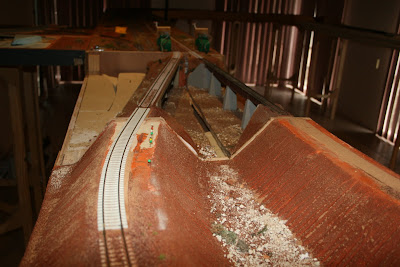 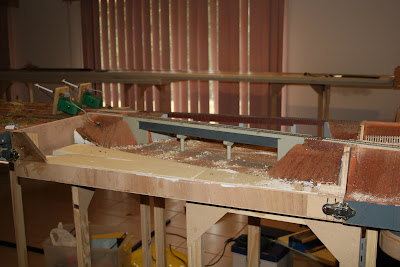 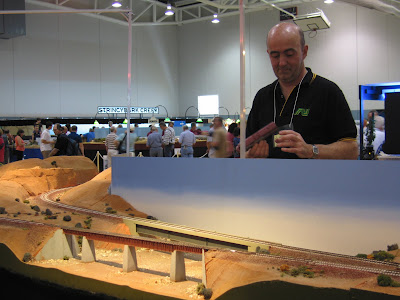 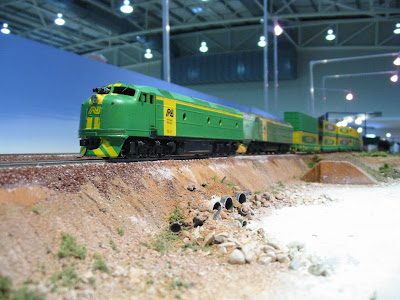 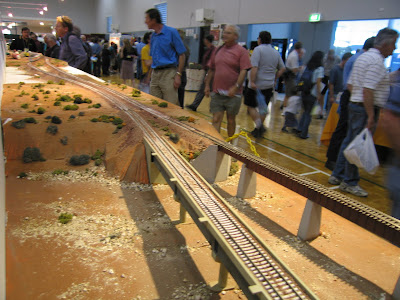 Just to let you know that Barcoola's bridge board has been cut up. But don't worry, I have built a new board as per the rest of the MKII boards, with a 3mm MDF base. Both the CAR and TAR Bridges have been recovered successfully.

Additionally the bridges had to be placed on a different angle. I also found that the bridge board was originally built in a slight angle as such created a grade. This had to be removed as it will play havoc in the future. Subsequently, I have to re-lay both mainlines and gently bring down the mainline to the correct height.

The new board is currently in its rightfull place and has the recovered bridge sections.

Attached are some shots of the bridge board in its previous life.

Also attached are some shots during destruction and re construction.

Also is a shot of the very first Austrains CL. The guys at Austrains allowed us to repaint the demo model a couple of days before the Sydney Exhibition, as such we got to operate it first.....