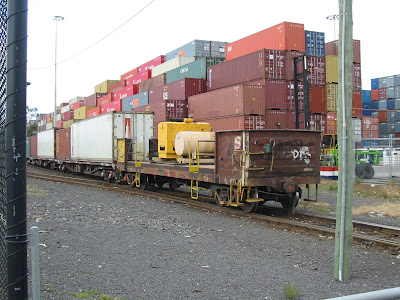 Addtional info, I knew I had a shot of a AGGY, generator car, in operation. Above is an AGGY in the middle of a P&O train in 2005, this wagon was used as power for Fridge boxes. Note that one end has be gas axed, so ease of acess to cable conections. Glen tells me that there is still one in operation, and is used for providing power on work trains.

Hi All
I purchased the first issue of Australian Model Railway Magazine in some time, with the February 2012 issue.

I wanted to read Phil's article on the SAR OB wagon. The only disappointing aspect was that there were no shots post 1985. 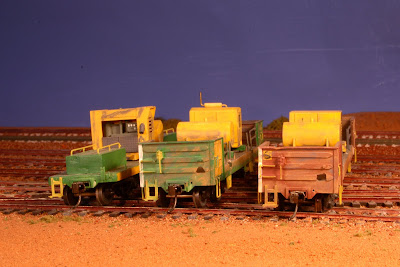 Model picture of the Gen sets. 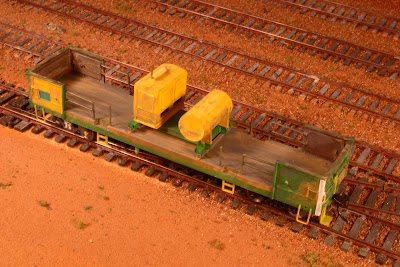 there should make a great kit bash of the Orient Express model. 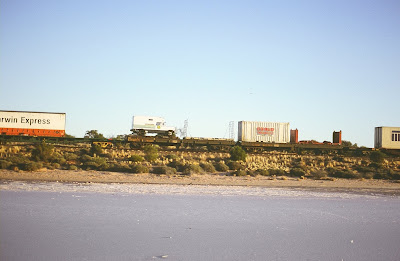 Here is a shot of the twin flats, note that they obviously had container lugs.

Yes this is on the Up Alice Springs goods the 166, and yes that's lake Hart in the foreground.