Hi all
Well this weekend, Doug and Roger dropped by for a bit of an inpromptu say g'day.
During this time, Roger worked on the loco fleet getting everything logged into JMRI.
Doug, well seemed to do as he pleased, nothing wrong with that.
i worked on creating the yard roads from 1.5 mm card stock, more on that later.
The next morning i got up and approached the layout, and thought long and hard how i was going to build the buidings on the layout.  I had seen a post by Lance Mindheim using very robust stuctures.  For one large factory he used PVC, the result was impressive, i decided to do a similar approach, but using 6mm MDF.  Bacsicly I endded up with a very robust frame which I will probably cover this evergreen styrene, once i got the design down pat, the actual cutting and assembly did not take that long. 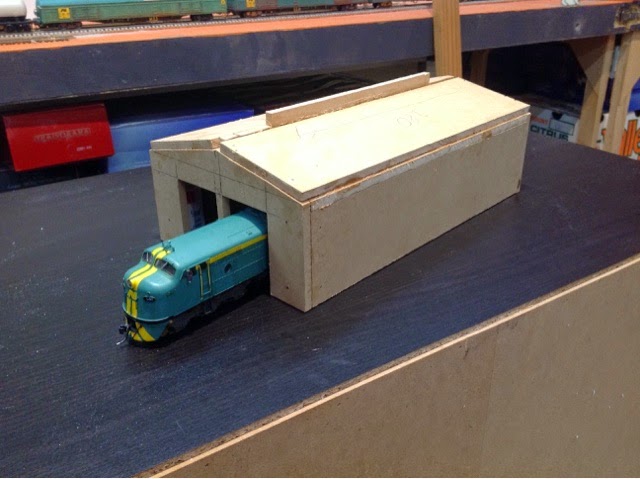 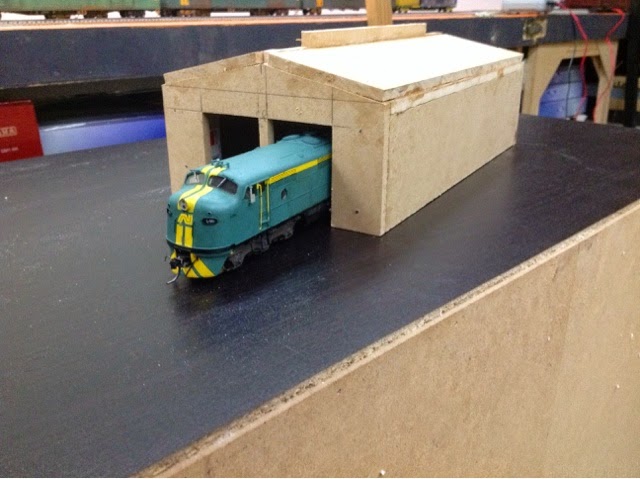 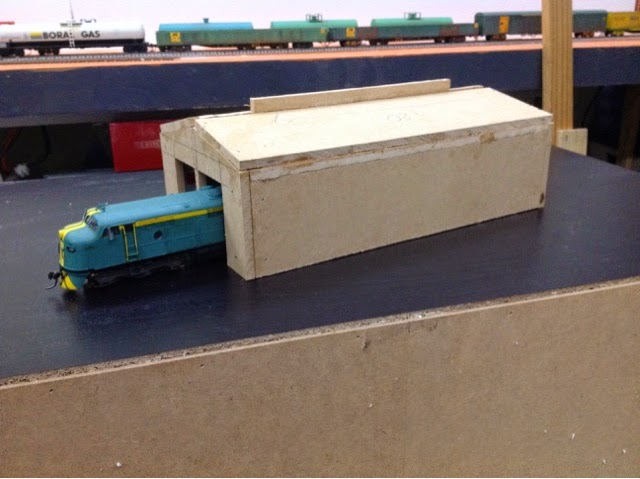 Here is a shot of the yard with sime of the roads put down temporarily. 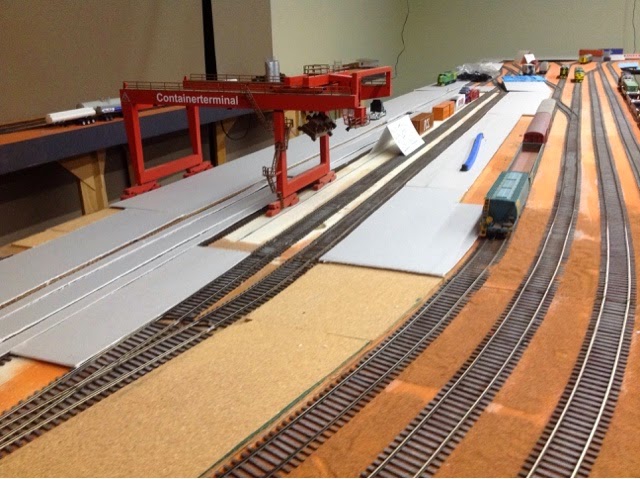