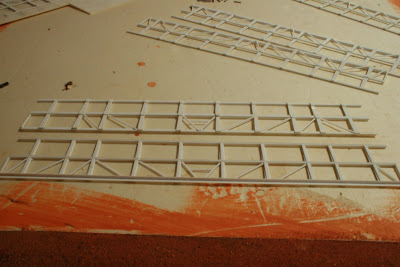 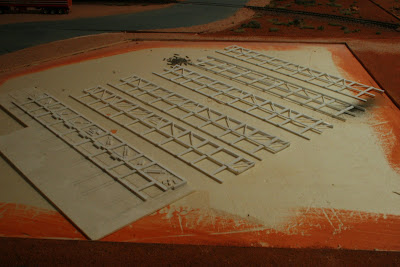 This has been an on going project, but attached are some pictures of the sides for 3 WMGF's I figured that if I could build the WMGF's then the rest of the triple deck car carriers would be easy. I had a discussion with a noted SP modeller, and he recommended that you paint and weather the sides and floors of any car carriers before they constructed, this is the easiest way.

I have also attached a picture of a RMWY, note the addition of wire panels to stop vandalism. The utes and station wagons would be great if we could get them in HO scale, but lets just say most manufactures focus is a little blurry on this one.

I have been collecting cars, and any of the metal casting cars are a definite out, they are just way too heavy, I have already tested it.

The WMGF was originally built as a double deck wagon, in the 1970s and replicas were delivered to NSW, both types were constructed by Midland workshops. In late 1980s an additional level was added.