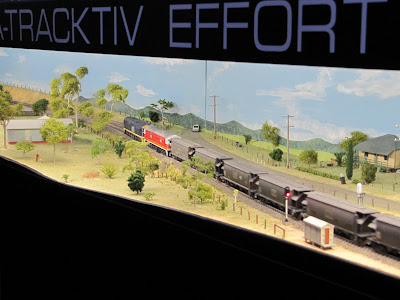 A Grain train through town. 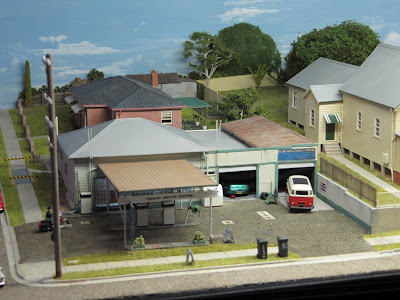 A clos up of the petrol station. Again the little details, caps in the apron for filling the underground tanks. Air hose reel at the ends of the roof supports, sandwich boards, and Champion add on the retaining wall, note the plants at the bacck of the house behind the petrol station. 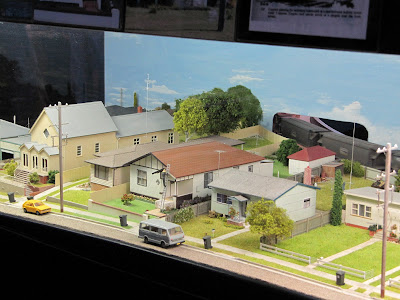 An over view of some of the town. 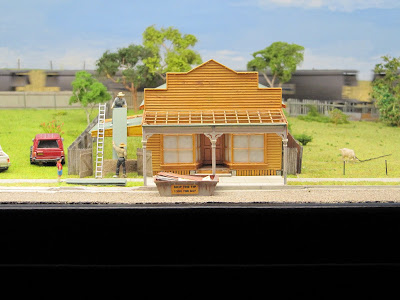 This does not look like just a weekend project. The dumpster on the street is a nice touch.
As is the vacant block, note the rundown fence to the right and the good condition fence to the left. Soooo obvious, but in model spot on detail. 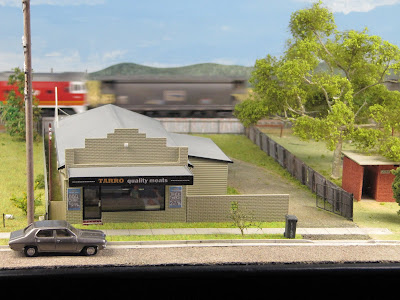 While the detail is inspiring, the treatment is just sooooo spot on. this is a layout that would have benefited much from a curved display side, this way the trains come to meet the people, and the audience can look at all angles. It does bug me that to get a good look at the trains we have to be positioned to one side, to look down the slight S curve, and can only look at trains going only one direction.. If you take all that effort to produce such a nice layout, which is obviously catered for exhibitions only, due no shunting, at least give it some thought as to providing additional ngles for viewing the trains, not just the two dimensional.